SGR has been the bane of my time in policy.  And I want it to be yours.

SGR, formally known as the sustainable growth rate, is a formula developed under none other than the Balanced Budget Act (the same one that set the cap for GME-funded residency slots at 100,000) to determine the Centers for Medicare And Medicaid Services (CMS) reimbursement payments to physicians.  And because the universe loves a good cosmic joke, SGR had been developed to replace a flawed payment system.  At a basic level, the theory of SGR was that a conversion factor could be used to balance yearly spending on health care.

Here’s how it works.  Each year CMS projects their spending on health care for the coming year.  At the end of the year, if there is money left over, it gets rolled over to the next year’s budget by changing the conversion factor (guess how many times that has happened).  And if, by some unforeseeable tragedy, spending outstripped the projection, the deficit is taken from the next year, once more, by changing the conversion factor (now guess how many times that has happened).  This equation worked for about two years, and then year over year health care spending was higher than estimated, and the associated debt began to build.

Now you’re probably thinking to yourself: “They have to get rid of this debt, right?  They can’t just let it pile up, can they?”  Remember, this is Congress we’re talking about.  You could believe that the “debt” is taken from the budget of future years, so it’s really just our government owing its future self, so no big deal, right?  You could also believe that going over-budget has never stopped us before.  Or, for those not as cynical as I, the debt that accumulated was not insignificant, and since it would be taken from physician payments and disproportionately affect primary care, making physicians cover the cost was not a viable option.

Whatever your belief, the decision was made to make no decision, and instead Congress introduced the temporary patch.  Essentially, these were designed to delay the cuts mandated by SGR by keeping the payment system in a holding pattern until the patch expired (ranging anywhere from a few months to a year).  Why delay you ask?  Because even though the Congress in office at the time of the first patch didn’t have a solution, the next one would (obviously).  Now these patches are not cost-free.  Maintaining the status quo serves only to increase the deficit and delay definitive action.  The first patch cost $0.2 billion, and the next two each cost $1 billion; flash forward to today, 17 patches later, and $169.5 billion in accrued deficit.

Gone are the days where our government can just forget its own debt.  Under this administration legislation must be cost-neutral, so repealing SGR would require elimination of all the associated baggage.  Now an easy fix (from Congress’s standpoint) is to just cut physician payments until the balance is paid — right now to the tune of 24 percent reduction of Medicare reimbursements.  This would destroy many private practices.

What’s been most frustrating about my visits to Capitol Hill is that every single person I talked to, on both sides of the aisle, know SGR is terrible and needs to be repealed.  Every visit with a legislator starts off with some variation of “Let me guess, you’re here to talk about SGR.”  You might ask yourself how this could possibly be a bad thing, that if everyone knows the formula is terrible, it will get fixed in no time.  Enter the pay-for.  Remember that zero-sum game I was talking about earlier?  That’s the source of the disagreement.  There’s enough blame to sling around that it isn’t worth going into specifics, but the funding for SGR repeal has consistently been tied to the defunding of partisan programs by one side or the other, which has gridlocked any meaningful reform.

So how do we get out from under this?  The Congressional Budget Office, which estimates cost projections (among a plethora of other duties) forecasts the cost to remove SGR at $137.4 billion (if you’re keeping track, that’s less than the amount spent on patches at this point).  Further, health care is the sexy new thing on the Hill.  Everyone’s talking about it, and SGR repeal has had bipartisan support in unprecedented numbers (to the point where last year it looked like a permanent fix would actually occur, before some last-minute negotiations, and, you guessed it, proposed defunding of a partisan project, destroyed any hope and a patch was instituted instead).  Which brings us to the present, with the current patch set to expire at the end of March.

So what are the options from here?

The first is a permanent fix by the time the current patch expires.  Under normal circumstances, between the snow closing the Federal Government and more pressing matters, like the then-looming DHS shutdown, there would not be enough time to enact a change, but Representatives Pelosi and Boehner have taken the lead in pushing H.R. 2 forward (formerly H.R. 1470 / S. 810).  This bipartisan legislation would, among other things, repeal SGR, increase funding for the National Health Service Corps, and extend the Children’s Health Insurance Program (CHIP).  This bill has wide bipartisan support, and President Obama has publicly voiced support in recent days.  Of course, nothing can pass smoothly, and senators have started voicing concerns that different aspects do not do enough to extend health care.  Now, should the deal fall apart at any point in the discussion, everything is up in the air.  Some action has to be taken by the end of the month, and the most likely is one of two patches.

The best we can hope for is a short-term patch.  If the bill does fail, it will likely be due to some reticence to support an aspect of the legislation, not the entire thing.  CHIP still expires in September, so a patch until then would hopefully give Congress enough time to iron out the wrinkles that tanked the March vote and allow for a permanent repeal this Fall.

And then there’s the long-term patch … again.  Anything on the range of twelve to twenty one months would theoretically give Congress the time to come to consensus on a pay-for and do the legwork needed for a permanent fix (and allow the accrued deficit to build even more).  But that is exactly why Congress passed a twelve-month patch last year, and look where we are today.

All we can do at this point is wait and see what happens these next few days.  It’s time to stop kicking the can.

I'm not apologizing for my part-time role in medicine 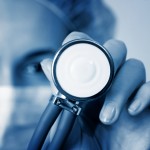 Changing the way we think about cancer

The unsustainable SGR: It’s time to stop kicking the can
2 comments