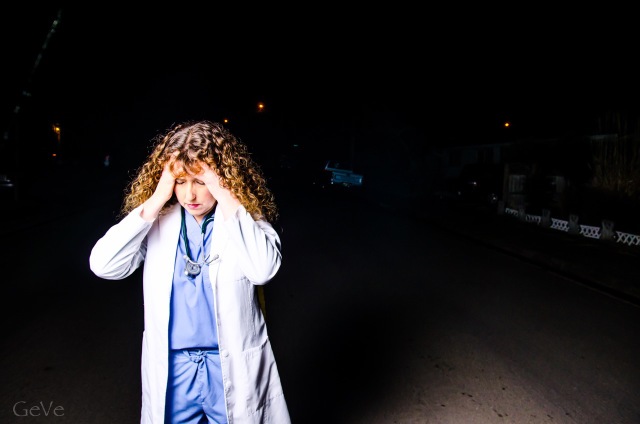 Standing on the edge of his hotel balcony, a doctor describes the rolling hills. He tells me, “It’s a beautiful place to die.” Ten minutes later, he agrees not to injure himself — for now.

I’m not running a physician suicide hotline. But doctors keep calling me.

It’s midnight, and I’m speaking to a psychiatry intern. Bullied by residents and her attending, she cries, “I’ve lost my self-confidence. I’m depressed. On psych meds now. But I don’t feel better.”

Then a fourth-year medical student shares a similar story. “I was normal before med school. Now I’m so afraid. I can’t go on,” she sobs.

I counsel each woman for nearly an hour: “You are not defective, the system is defective. We enter medicine with our mental health on par with or better than our peers. Depression and suicide are occupational hazards of our profession.” Thankfully neither are actively suicidal. Both women just needed to talk — to cry — and to hear the truth.

The truth is doctors are suffering. Surrounded by sickness and death, we watch families wail, shriek, cry while we stand silently—sacred witness to their sorrow—until we’re called to the next room for a heart attack, a gunshot wound, a stillborn. Week by week. Year by year. And when do we grieve? Never.

Doctors are not allowed to grieve.

Today a physician tells me she’s been cited for unprofessional conduct. Why?  She was seen crying. Her boss told her, “Unless you are dying, crying is unprofessional behavior and not to be tolerated.”

Then a retired doc tears up as she tells me about a miscarriage she witnessed 30 years ago. She thanks me. Why? She hasn’t been able to cry in 5 years.

Doctors are not allowed to cry.

So what do we do with our sadness? We injure ourselves — and each other.

When I speak to victims of physician bullying, I explain, “Your instructors are suffering from unprocessed grief — probably victims of bullying themselves. Medicine is an apprenticeship profession. Trained by wounded doctors, they’re now wounding you. Your bright eyes, your enthusiasm, your idealism remind them of their loss. Rather than feel their own grief, they lash out at you.”

And hiding our pain ain’t working. Recently the janitor at a medical conference asked, “What’s with all the grim faces and sad eyes?” To the average person, medical conventions look like funerals. Maybe that’s because doctors are dying by suicide at twice the rate of their patients.

Both men I dated in med school died by suicide. Brilliant physicians. One overdosed at a medical conference. The other overdosed after work. In just over a year, we lost three physicians in my town to suicide. Gunshot wounds mostly. One local doc lost seven colleagues to suicide — so far.

Too often, physicians turn to alcohol, drugs, firearms. But why don’t doctors seek professional help? Some do.

Some doctors drive hundreds of miles out of town for therapy. They pay cash for visits with no paper trail. They use fake names. Physicians who seek mental health care know they may face board investigation and license restriction — and those with licensing issues have even higher rates of suicide.

If we want real health care, we must first do no harm to our healers. Imagine if we allowed doctors to grieve.

I once attended an African grief ritual. Villagers wail around a fire for three days in a highly emotive ceremony. Attendance is mandatory. Why? Those who don’t grieve become the village troublemakers next year.

Physician bullies are medicine’s troublemakers. And they need our help — and compassion. Not threats. Not license restrictions. Not public shaming. They need psychological support. And so do the rest of us.

Anna, a retired surgeon, still carries the wounds from her medical school professor:

I was happy, secure, and mostly unafraid until the age of thirty. Until med school. I do not know what happened precisely, but I do recall in vivid detail that on the first (orientation) day of med school the MD who was our anatomy professor, and therefore largely controlled our lives for the next many months, stood before an auditorium filled with 125 eager, nervous, idealistic would-be healers and said these words: ‘If you decide to commit suicide, do it right so you do not become just a burden to society.’ He then described in anatomical detail how to commit suicide.

Anna’s experience is not unique. Physicians-in-training are given explicit instructions from their instructors in proper techniques for overdosing on lethal medications too.

Through the many years of training and through what would appear to the observer a successful career in a surgical subspecialty and now into retirement, I have carried the anxiety, and the depression, and the fear. . . . I still remember how to successfully commit suicide because someone who had power over me at a vulnerable time described the details. And we wonder why …

Pay doctors and nurses for the time they spend charting 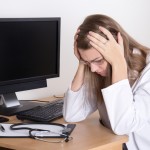