This is one of the main tenets of Alcoholics Anonymous, and it serves to encourage its members to commit to absolute abstinence. It is also a belief, I have come to realize, held by the many medical residents I have encountered.

When an alcoholic patient is admitted to the hospital, it is no secret that he (or she) is an alcoholic. This is because it feels like nine times out of 10, he has either suffered an injury (i.e., a fall or an accident) while intoxicated or he is experiencing alcohol withdrawal, necessitating medical attention. Withdrawal can be a scary thing, manifesting as anything from mild anxiety and tremors (“the shakes”) to life-threatening seizures, vivid hallucinations, and dangerously high blood pressure.

The typical chain of events that kick into action when an individual comes into the hospital with severe alcohol withdrawal is to stabilize him medically, give fluids (for extreme dehydration), and sedate him sufficiently to allow him to sleep as painlessly as possible through the most miserable hours of acute withdrawal. Once the 48 to 72 hours of hell have passed, the medical team (consisting of the attending physician, residents, and medical students) checks in with the patient on morning rounds. Formalities are exchanged, the patient’s drinking problem is brought up (“You really need to stop drinking.”“Yup, I know.”), the idea of rehab is mentioned briefly (“Are you interested in joining a program that will help you stop drinking?” “No, not really.”), heart and lungs are auscultated, and back out the door we go. These patients are capable of making their own decisions, after all, and drinking or not drinking is ultimately their choice, not ours.

The visits with these patients went like clockwork. We’d enter their rooms already defeated, go through all the motions, then leave as quickly as we came in. When John* got admitted, however, I had a sense that things were going to be different.

John was a 50-year-old single male, a father of five. He wasn’t brought into the emergency department because he was found on the floor by a family member or friend, as are most of the alcoholics we see. John had called 911 himself and had pleaded for help. This isn’t to say that he wasn’t found unconscious in the past; he was a frequent visitor to our ED. In fact, he had been to our ED less than a month ago in a severely intoxicated state. During that visit, he was stabilized and rehydrated with IV fluids and, before we could admit him to an inpatient room to monitor for withdrawal symptoms, he took off.

But, like I said, this time seemed different. I still don’t know what exactly triggered John to pick up the phone and call for help that night, but he did. He had consumed two liters of vodka and was threatening to kill himself. The local EMS responded promptly and brought him to our ED.

Over the next 48 hours, John experienced acute alcohol withdrawal. He was heavily sedated, but still remained agitated and even combative. He was suicidal and homicidal. He had frightening hallucinations and tried to climb out of the 10th-floor hospital room window, requiring restraints and increasingly larger doses of sedatives. He required a one on one “sitter” — a member of the psychiatric team who literally sits with the patient 24 hours a day to make sure he doesn’t harm himself or others. The next morning was when I met John for the first time.

He was exhausted, understandably so, and hesitant to speak with me at first. He allowed me to examine him and ask him all the necessary questions to ensure that he had passed the most worrisome phases of his withdrawal. He warmed up to me though, eventually. Maybe it’s because as a medical student, I had a little more time than the residents to listen to what he had to say. Maybe he could sense that I was interested in hearing his story. I was curious about what brought him in and where he’d go from here.

For the next ten days of his hospitalization, I had the privilege of listening to John speak about his past and present, his regrets and fears, and his many hopes for the future. It was a beautiful thing — to see a grown man, who just a few days ago was so unstable, physically and emotionally, open up and reflect on what had happened in his life.

I learned that his family was the most important thing to him, and he harbors a tremendous amount of guilt for putting them through the pain of his addiction. I learned that he had a lot of people in his life who care about him, who are frustrated that he continues to struggle, but support him in his attempts to stop drinking and get better. I learned that he had a sense of humor, a kind personality, an incredible memory for movie lines, and a unique ability for introspection. He was intuitive and self-aware. Most of all, John had come to the hospital because he wanted to get better. He began to call long-term inpatient rehabilitation programs and even told me that he wanted to become a counselor for youth struggling with substance abuse.

When he told me this, I was thrilled. I practically danced over to the house staff office and couldn’t contain my excitement as I relayed to my resident what John had just told me. She listened, chuckled, and went back to her paperwork. “That’s what they all say,” she responded. “You’ll see him again in the ED in a couple of weeks. And it’s going to break your heart.”

I didn’t know what to say. I was overcome with disappointment, then anger. I spent the next few minutes thinking about how bitter she was; then I stopped myself. Most individuals go into medicine — putting themselves through endless, grueling years of training — because they care about people and want to help others. This resident was no different; in fact, she was one of the more compassionate residents I’d had the opportunity to work with and I admired her ability to connect with patients. Something must have caused her to develop her current mindset. Someone must have broken her heart, forcing her to harden and see all alcoholic patients as forever alcoholics. I asked her if this was the case and she shared a story with me that confirmed my suspicions.

Statistics show that 90 percent of alcoholics will relapse. But what if John is part of that small 10 percent? What if the next one, or five, or 10 alcoholics that show up to our ED happen to be the exceptions? We’ll never really know, but we can still hope. There must be some way that we can put our biases aside, trust our patients, and encourage them to do the right thing. At least that’s what the naïve med student in me wants to believe. Will I harden when I become a resident? It’s only a couple of years away, after all.

Can a person burn out that quickly? The research, sadly, indicates “yes.” Med student and physician burnout is a very real thing. And it propels a vicious cycle: the more burned out you are, the harder you become, the less you can connect with patients, the less rewarding those patient interactions become, the more you burn out. No wonder physicians have one of the highest suicide rates of any profession. The ultimate question is how to stop the cycle, or prevent it from even occurring in the first place.

As for John, I saw him every morning for the next week until he was well enough to be discharged to a long-term rehab facility. I have to admit, I’ve never met someone so determined to fulfill a goal. He knew exactly what he had to do and he was going to do it.

I wished him luck as he left the hospital and began to realize the impact he had had on me. I’m not sure what will happen to John. A small part of me is worried that he’ll relapse, like all those other times. He’ll let his family and friends down, yet again. And he’ll break my heart, just like my resident said he would. But what if he doesn’t? There’s also a chance that he’ll remain true to his word — he’ll sober up. He’ll reconnect with loved ones and begin to build a more meaningful life for himself and for them. Maybe he’ll even do something for others who struggle like he once did. “Do the best you can with what you got,” were his parting words to me. I hope he does the same.

* Name and some details have been changed to protect patient confidentiality.

Cordelia Ross is a medical student. This article originally appeared in uvm medicine. 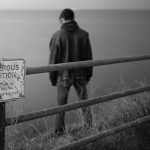 An alcoholic patient, and his effect on a medical student
2 comments