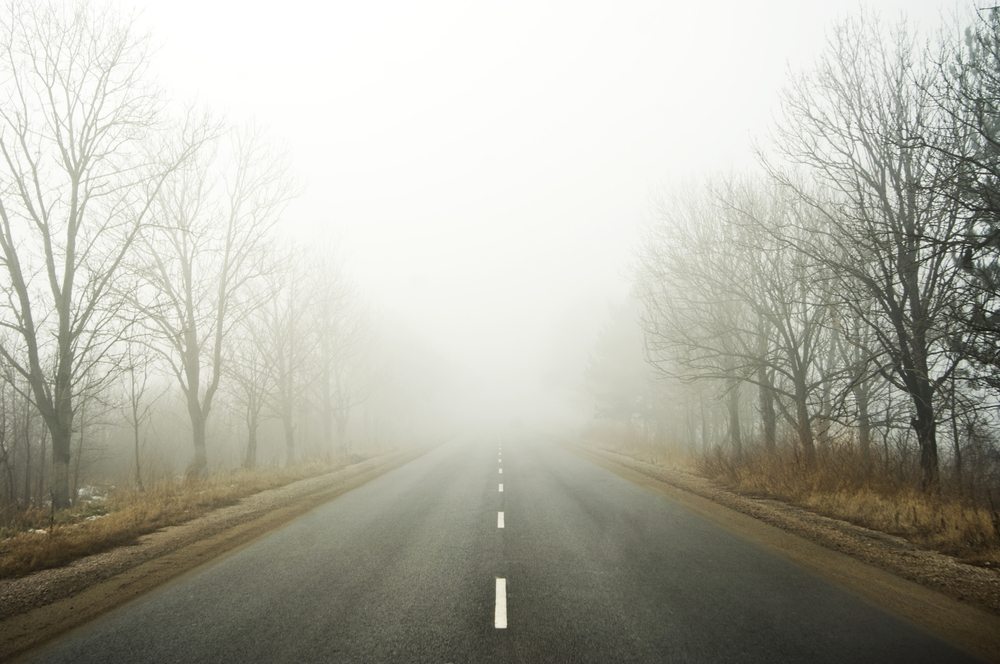 Meaningful. Having a serious, important, or useful quality.

You know this word because you want it to define your life. Nearly all of us, at some point, will seek a more meaningful existence. Most wish our jobs were that way too.

Meaningless. Having no purpose or reason. Ouch. We don’t want anything to do with that. Meaningless makes us question what in the world we are doing here.

The two words are connected on a spectrum of sorts. Meaningful, at one end. Somewhere down the tunnel of despair is meaningless. And, one thing is certain, we never intentionally make plans to end up there.

Medicine has had its share of meaningful. Deaths attributable to cardiovascular disease — basically you dying from something like a stroke or heart attack — have declined by 31 percent over the last decade alone. Respected mentors of mine have told me that this is due to the recent establishment of evidence-based guidelines in the field of cardiology. They may be right. But, for full disclosure, these mentors all write guidelines, so I’m still thinking about that.

To be honest, if you really look at it, cardiovascular mortality has actually declined consistently in the United States over the last 50 years, long before we had published guideline statements. Basically, it’s just been declining ever since we became serious about tracking the metric. Statistics are like that a lot of the time. In fact, it’s a rather well-known phenomenon. Things always seem to get better once you start tracking them.

The reason for this is multifactorial. We usually start tracking something because we care about it. We become passionate about it. And, with passion, comes focus and drive, and all these things can snowball positive changes in the world. Sometimes, we make things better by implementing legitimate interventions. Sometimes, we just find ways to better manipulate the data that we are tracking to make things appear better. Either way, we usually get caught up in a game of sorts.

This game can be fun. When that happens, it’s usually a win-win for everyone. For example, if you are having a heart attack and come to one of the hospitals where I work, we will likely get you out of the ambulance, into the heart procedure lab, and abort your heart attack in under 20 minutes. And, trust me, we are proud of being fast at what we do.

Unfortunately, medicine recently has become just as involved with meaningless, too. And, as any of us who work in health care will attest, the Centers for Medicare & Medicaid Services (CMS) is leading the parade.

CMS is the federal agency that administrates Medicare, our government-funded health insurer. CMS has recently gotten involved with “quality” in medicine, although they continue to demonstrate that they have very little knowledge about how to measure or provide it.I wrote an entire book outlining my own ideas. Maybe, I have the answers. Then again, maybe I don’t. But, here’s what I do know: CMS’s current approach is so far off the mark, the sooner it gets abandoned, the sooner we’ll stop hitting ourselves with our own bullets.

Tonight, I spent 5 hours reading new “rules” and “regulations” related to CMS’s poor attempt to administrate your health care. What I’m learning about this evening deals with something known as the Electronic Health Record (EHR) Incentive Program. As part of recent legislation, CMS has been providing so-called “incentives” to physicians over the last couple of years to implement computer-based medical record systems.

The term “incentive” makes the entire process sound like a positive cash flow endeavor. But, it’s not. Yes, I can be paid a total of $43,700 by CMS over several years to play their EHR game. However, my group spent that much alone last year upgrading the server needed to run this EHR software. Initially, I spent $10,000 for a software license, and I’ve paid another $10,000 annually over the last four years maintaining the servers and renewing these EHR licensing fees.

Indeed, the monetary situation doesn’t correlate with an “incentive” at all. The real truth is that CMS is going to start penalizing physicians next year who aren’t on board with the program. Your “tax” for not participating begins as a 1 percent cut in your reimbursement from Medicare but will increase by the same amount over subsequent years up to a 5 percent reduction.

I know what you are thinking. Being penalized 5 cents on every dollar doesn’t sound like a whole lot, but let me explain something. For every $1 that I receive from Medicare for services rendered, 65 cents goes to paying fixed costs like employees and overhead. Of the remaining 35 cents, 15 cents returns back to the government anyway as my taxable income. Suddenly, with only two dimes remaining from the original $1, a nickel reduction in original collections starts to mean a little bit more — especially when you are doing precisely the same amount of clinical work that you’ve always done.

I’ll admit that more physicians have an office-based EHR in 2015 than any year in history. CMS might tell you that this is evidence their incentive program is working, and no doubt the fear of payment cuts has led some physicians to comply. However, the reality is that the market itself was driving the implementation of computer-based medical systems long before The Health Information Technology for Economic and Clinical Health Act (HITECH) was enacted in 2009 authorizing “incentive” payments. In the three years prior to HITECH, the percentage of office-based physicians with EHR systems increased by 65 percent. In the first three years following HITECH, use of EHR systems continued to rise, but with a less robust relative increase of 49 percent. Undeniably, the train moved further up the hill after certain legislation was signed into law, but its momentum had previously been well-established.

The reason that EHR systems were already being implemented in medicine is the same reason nearly every other industry over the last 20 years increased its use of computer-based systems: efficiency. CMS didn’t teach us this. We all know that computers can do certain tasks better and that’s why we use them. CMS isn’t destroying health care by telling physicians to use computers. CMS is destroying health care by  telling physicians exactly how the computer MUST be used. This is where the absurdity begins.

From the looks of things, CMS is being managed by a lot of folks up in an “Ivory Tower” that have limited understanding of how to drive quality in medicine. I’m the captain on deck, trying to steer my boat through a storm, and CMS is literally creating more wind and larger waves. Why does everything they do need to be so cumbersome and complicated? Their methods are bogging down the people like me actually trying to return value to health care.

I encourage you to go their website, CMS.gov. See if you can find anything meaningful there. I won’t exaggerate because there is absolutely no need for that. The nonsense makes its own point. The main EHR Incentive web page has 19 different subpages in the menu on the left. The first one that I clicked on has no less than 20 links to more information. I clicked on one of the links. It’s a 2MB size PDF file that has 80 more pages in it for me to sift through. It’s titled an “Introduction Document.” I’m not kidding. The document really is just an introduction to the madness. Evidently, it takes 80 pages to introduce me to something known as stage 1 of the EHR Incentive program. Then, there are just as many links to learn about stage 2. I wonder if they’ve added classes in medical school now to help you sort through all of this confusion? If not, they definitely should.

Computers and information technology might one day improve the efficiency of health care delivery, but here’s what never will: CMS telling you how to use them. In recent years, CMS has established a multitude of measures and objectives called meaningful use criteria that I must attest to be using. That’s what all these stages, on all those web pages full of hundreds of links, is all about. Essentially, CMS is telling me all the things that I should be doing to be a good doctor. One might think that’s why I went to medical school.

I’ll give you a few examples. CMS thinks that I should be generating lists using my EHR that contain reports of patients with certain conditions for my “own research and improvement,” as if they know more than I do about running a private practice. CMS wants me to be printing “educational handouts” of medical information for my patients, although there’s never been any data that this provides value in medicine. Maybe, I prefer using hand gestures or a model of the heart in the exam room. I do give some patients some handouts and drawings when I feel it’s appropriate, but if I want CMS to give me credit for doing it, I need to spend a bunch of extra time clicking 7 more buttons on a computer screen to prove it.

CMS’s problem is that they are more focused on documenting health care than adding value to it. CMS calls this nonsense meaningful use, but it’s a complete misnomer to those of us involved with the process. We joke that it’s meaningless use criteria, but we really aren’t joking. I spend so much time jumping through hoops; it’s easy to forget that I’m supposed to be involved with practicing medicine. And, I haven’t even started to tell you about the most ridiculous section of the entire EHR Incentive process — submitting my clinical quality measures. That’s an entire story by itself, and I’ll share it with you another day.

Looking for a better use of my time

There’s a new medication out there that I believe you will hear about soon. It doesn’t even have a real name. It just goes by LCZ696. It’s not approved yet in the United States, but it’s going to revolutionize our management of heart failure. At least, I think that it will. I heard that from somebody, but, to be honest, I wouldn’t really know. Instead of having time to learn more about how LCZ696 performed in its recently published landmark trial, I’m spending my evenings trying to figure out how to satisfy a myriad of meaningless CMS criteria. I’ve seriously started questioning if it’s even worth it anymore. And, I’m a 37-year-old physician.I’m worried that you may have actually missed that, so I’lI say it one more time. In fact, I hope that you will read it slowly. I’m a 37-year-old physician.What I’m telling you is that if you’ve invested in the future of medicine in this country, you only have two choices: 1) get your money back; or, 2) vote for anyone who will get CMS out of the business of managing quality in health care.

Look, I know that we’ve been led astray before, but this time, we clearly have arrived at meaningless. The only hope is to move in a vastly different direction. And frankly, any direction will do at this point. It’s just absolute insanity to stay here. It’s time to end the madness and swing the pendulum back to meaningful.

A patient reminds a doctor: How unpredictable life is

The sad, tragic road to meaningful use
14 comments