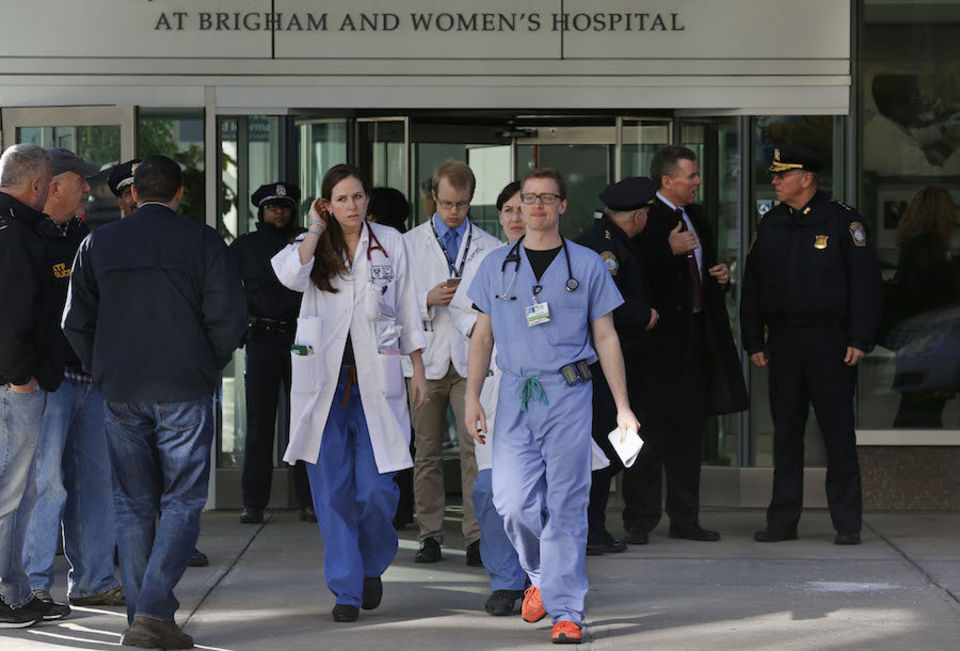 This week the local and national attention has been riveted on accusations that Bill Belichick and the Patriots football team deliberately deflated the footballs used in the division championship game.  Football, remember, is a multi-billion dollar industry in which the commodity being sold is grown men throwing brown, oblong balls at each other and knocking each other down.  Boston.com, a media partner of the Boston Globe, had no fewer than six articles on the subject on its home page.

Meanwhile, in a quiet corner of Wellesley, a woman I count as a friend mourns her husband.  Surrounded by people and casseroles, children and pastries, she stands as a sharp rebuke to the fickleness and shallowness of our child-like attention span.  She asks us to talk about things that matter.

I wrote a post last week about the death of this woman’s husband, Dr. Michael Davidson, who was murdered in his own clinic by a man who blamed him for his mother’s death.  Since then I have spoken to friends and colleagues who knew him, gone to the funeral, helped sit Shiva with my fellow mourners, and I find something missing.

The Boston medical community has poured out sympathy and support, the media was interested for about a day, and everyone shakes their heads and says, “what a shame.”  Medical administrators mumble about hospital safety procedures and metal detectors.  We shouldn’t be asking how to protect doctors.  We should be asking ourselves why we have to.

I have written many times about the deterioration of trust between physicians and patients.  I have railed about the culture of litigation and the cover-your-ass medicine that results.  I have written about how the language of lawsuits and the prolonged legal proceedings destroy lives.  Never did I think I would have to talk about murder.

Medicine has made tremendous strides.  We can do things now beyond the wildest dreams of our predecessors.  But people still get sick, people still have complications; people still die.  It is part of being human.  And death, especially when it comes at the end of a long life or long illness, should be an event that causes us to come together in honor of the dying and in support of those who care for them.  Blame, if it can be put anywhere, should fall on fate, or God, or the illness, or the mortality of all living things.  Dr. Davidson didn’t practice cover-your-ass medicine.  He ran towards challenge, operated when no one else wanted to, took care of the sickest.  He willingly and cheerfully met his murderer, who asked for him by name.

It is not just the death of one man that should enrage us. It is the erosion of trust and the decline of basic decency.  It is about our relationships with each other.  We should be should be angry.  And not about footballs.

Truth in advertising: When is a doctor really a doctor?

Forget the ivory tower: We need more Disney in medicine

After a doctor’s murder: All you hear about is deflated footballs
127 comments