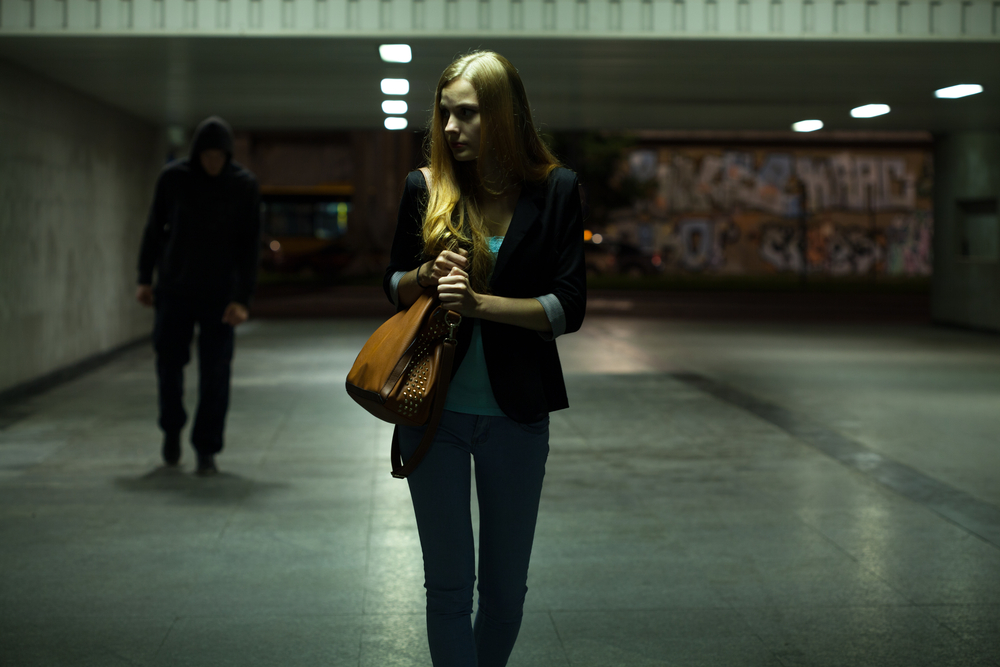 I was checking my email when it happened. My boyfriend had texted me saying that he was late arriving to the airport. So I stood outside with my suitcase behind me and clicked to an email from my mother.

I didn’t notice until too late that someone had approached me, and I screamed when I saw a black man reach out to grab me from the corner of my eye. Before the sound reached my ears, I realized it was my boyfriend, excited to have surprised me. I unfroze my arms as quickly as possible and embraced him.

Mostly though, I chewed on the newfound knowledge that I had prejudices. Would I have screamed if a white man had grabbed me? An Indian man? A Hispanic man? Probably. I knew girlfriends who had been assaulted by all of the above during our time in college.

Regardless though, the thought in my mind when I screamed was not fear of being assaulted, it was fear of a black man. And I’m so ashamed to put this to words. I am half white, half Hispanic and grew up with a family that values diversity. I have been blessed with friends of all different backgrounds. So if I, with a liberal, multicultural upbringing had a prejudiced reaction in a moment of stress, I shudder to imagine what lies dormant and unrecognized in other people’s minds.

The question is not whether we are prejudiced. We are. Every single one of us in some way or other categorizes people by how they look and assign a danger factor to them. It’s how we are biologically wired to survive in nature.

The question is what we are going to do about it. In the quiet of our own home when no one is watching, are we going to unpack our assumptions and examine how we can improve ourselves? Are we going to encourage each other to go out of our comfort zone, to open ourselves to ridicule for admitting that we are imperfect, to challenge ourselves to be better?

My boyfriend and I are no longer together. We are at separate medical schools and I know that one day, when we are doctors in our respective specialties, I may call him for advice on the health of a loved one. I know that I will trust him more than I trust many of my peers who happen to be white.

And it hurts me to know that sometimes, it won’t matter that he has a gentle soul. Sometimes, the world will see him as dangerous before even looking.

Ferguson has hit our nation, our people, hard because it lives in every home — black, white, yellow, red or brown. It’s not a controversy over hyper-reactive policemen or a history of slavery. It’s a slap in the face that every single one of us has to own up to our discriminatory thoughts and grow. Americans need to grow as people and as a people. We the people need to become a we, not an us and a them.

Those who refuse vaccines endanger all of our kids

She screamed when her boyfriend hugged her. Why?
6 comments