I got the following email a few weeks ago (details changed for confidentiality reasons):

I read about your unique practice online.   I have an 91-year-old ambulatory father who will not go to a doctor.  He definitely is not well and this is the only way I can get him the attention he needs.   He is adamant about not wanting medical interventions, however he still needs to be seen by someone.  Despite his weakness, he has a strong will and cannot be made to go to a medical office.  I told him I would try to find a physician to come to the house.

He lives in Augusta.  I would retain you as needed.  Thank you for your reply.

The son who wrote this lives in-state, but a few hours away, and was desperate for some sort of help.  The details of his medical problems were very serious, and I seriously doubted this would be a long-term situation.  It seemed pretty clear that he was dying and wanted to do so at home.

Having an 87-year-old parent, I understand.  I am also very much in favor of doing nothing when appropriate.  I do wonder if hospice would be a good idea, as they focus (as would I) on quality of life.  Do you think he would be open to having hospice (would free up a lot of money and resources from Medicare)?  My focus would not be on doing anything that would not improve his quality of life (which is what he would probably want).

The son was happy with this approach, and I set a home visit to see this man.

The home was small but very orderly.  A family friend answered the door and ushered us in.  Pictures of family filled bookshelves, some of which showed people alongside of U.S. presidents, generals, and other important people.

The man was as expected: thin, frail, but with a very clear and sharp mind.  He was also very suspicious of my intentions.  I explained that I was there at the behest of his son and had no intent of putting him in the hospital, or even doing any tests if that was what he wanted. He relaxed a little at hearing this, allowing me to take a history.

91-year-old male with no previous medical problems.  Abdominal distention and blood in his bowel movements for past 1 to 2 months.  Getting weaker over past 1 to 2 weeks.

He had been hiding the details of his problems from family and friends, but his weakened state became obvious to everyone around him.  The family friend added details where the gentleman was evasive.  “You fell down yesterday,” the friend said after the man had denied the same.  “What about last week when you couldn’t get to the car?”

He cast a scowl at the friend, but nodded.  “Yeah, I guess I have been falling some.”

I examined him, leading him to his bedroom so he could lay down and I could examine his abdomen.  He required significant help even with the 20 steps it took to get to the bed.  He let out a big sigh when he lay back on the bed.  The diagnosis came quickly, as his liver was huge and had an irregular, lumpy feel.

I had little doubt: He had cancer in his liver, probably spread from his colon.

We went back to the den, where we initially had talked.  “I am going to be square with you.  I think you have a very, very serious problem.  I think you have cancer in your liver.  I’m sorry to have to say this the first time meeting you, but you seem to be the kind of person who would want the truth, even if it is hard.”

He didn’t seem surprised at the news.  “Yeah, I figured it was something bad.  Cancer, huh?”

“Yes,” I answered.  “Obviously there is no way to know without doing tests, but your son told me you don’t want any x-rays or labs done.  I’m giving you my best guess, but I’d honestly be very surprised if it was anything else.  I think it’s probably advanced enough that even if we did tests, there wouldn’t be much we could do.”

“I think hospice is the best thing to do at this point,” I said. “Hospice gives you access to much better nursing care, maybe a hospital bed, and other resources.  They focus on your quality of life in the next few days or weeks, not on doing procedures that would extend this bad period of your life.”

His expression became negative.  “My mother was in hospice.  I don’t want hospice.”

“What was the problem with hospice for your mother?” I asked.

“They took her out of the home and put her in that hospice.”  he said.  “I am not leaving my home.  I told you that.”

I explained that hospice usually didn’t involve leaving the home, and told him that I would do whatever I could to honor his wish to not leave home.  He agreed to consider this and we wrapped up our conversation.

When I got back to the office I called the son, recounting my visit.  He too wasn’t surprised at the cancer diagnosis.  “I’m coming to town this weekend, so I’ll try to talk to him about hospice. I agree that this is the best thing.”

Within two days hospice was set up.  This morning, two weeks after my visit, I got this email:

Dr. Lamberts and Staff,
My father passed away in his sleep yesterday.  It was like every other night. He was still breathing at 6:00 a.m.  An hour later, he had quietly passed.  Thank you and your staff for your service and your kindness.  Had you not made the home visit, I would not have had access to any medical services for him.  The hospice was exactly what was needed.

I am grateful for the opportunity I had to help where help was not otherwise available.  There is no way my previous practice would have offered me this freedom — the freedom to care for this man in his last days.  I took two hours of my schedule to drive to his house and conduct the visit.  From the business standpoint, this is not a big win for me.  But who cares about business here when I have the opportunity to give help where it was most needed?

I never understood the loss of empathy during medical training. Until now. 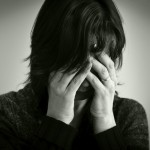 Upcoding in Medicare Advantage: Transparency can clean the mess

Set free: Thank you for the freedom to care for this sick patient
3 comments