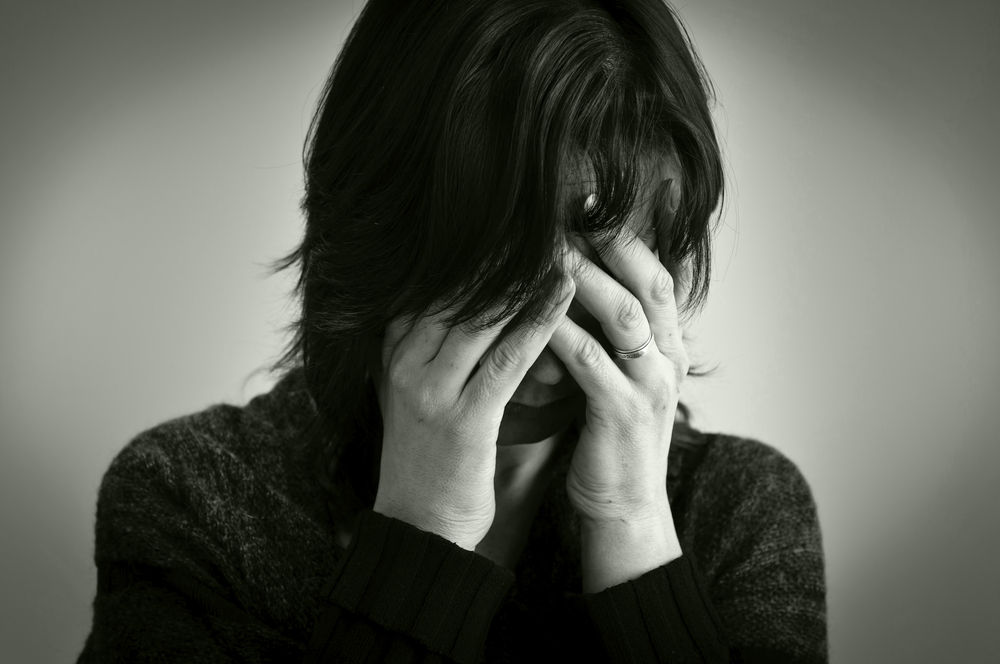 It was 4:30 a.m., and I was on the side of the road, drenched in sweat and tears. I had finally slowed my breathing to normal. I was going to be late for rounds. No time to obsess over possible questions. No time to memorize lab values, or practice regurgitating them.

I thought of home. My family and friend, who I hadn’t seen in months. I cringed when I estimated how long it had been since I called them. And the place itself. The dry, clean heat of the desert. The pump jacks that dotted the landscape. The men with their muddy work boots and weathered skin. The brave, unconventional beauty, the humility of the region. And my heart ached to be there, to go back to a time where I was bright and hopeful. I think that’s where most of my sadness came from. Grieving the loss of her, the girl who wanted to do something that mattered.

I attended my dream school. I remember the day that I received my acceptance letter as one of the happiest in my life. I was going to learn from some of the smartest doctors in the world. I felt blessed. As a young man, my grandfather had crossed the border to pick cotton. His third grade education and shaky English would keep him working manual labor jobs for his entire life. My father was the first to graduate from high school. He, like most men back home, worked in the oilfields. And I was going to medical school. My family couldn’t help me fill out the applications or pay for the MCAT (I worked at a coffee shop to cover that). But they were my biggest fans, my cheerleading squad.

My decision to choose medicine was emotionally motivated. My mother became very sick during my junior year. She spent months in hospitals, on respirators and feeding tubes. I watched my mom suffering, and I hated that I didn’t understand what was going on, that I couldn’t help. Soon after she came home, I announced I was going to medical school. I had never been so sure.

We experienced intense stress and pressure to perform, to produce results. Early on, I stopped attending lectures, and watched from home. I could speed up the recording and learn twice as fast, I reasoned. Alone in the small apartment that my loans afforded me once I paid the hefty tuition bill, I worked diligently to produce what were considered mediocre grades at my institution. It is difficult to explain the isolation, the emptiness of this time. Those are two years I’ll never get back. Two years of youth and good health spent in an apartment.

I would call my friends and family often in the beginning, sobbing and anxious. But how could they understand? To them, to the outside, a doctor’s life seemed very glamorous indeed. After a while, I stopped calling.

The only patient contact I received were not real patients. They were actors. Once or twice a semester, we would conduct earnest interviews with these pretend patients. We would be timed, filmed, and graded. Even our interactions with other human beings were carefully scripted and judged. If my university believed in one thing, it was that there was no human enterprise on Earth that could not be held to a rubric. They had yet to fail in their quest to quantify, to measure all of the qualities of an ideal doctor.

Then the grand finale: step 1, or as I like to call it: “The Most Important Test On The Planet: If You Screw Up You Will Never Get The Residency That You Have Dreamed About Since You Were Three Years Old.” Weeks of cramming material into my head. I drank coffee. I studied. Period. I was motivated by the promise of the clinical years. I was finally going to be able to interact with humans again. I prayed that the motivation, the drive I had lost somewhere along the way would return.

My happiest times in school were early in the morning, before the residents and the attendings were around to expose the holes in my knowledge, or reprimand me for forgetting to test cranial nerve IX, or scold me for my presentation being too long (or too short, depending on the person.) It was listening to my patients as they told me about their children. Their patience as I clumsily stumbled through the interview. The way their face relaxed as I told them that I would bring up their concerns to the doctor. Holding their hands and telling them it was going to be alright. Laughing, connecting, loving. Ironically, the shortest parts of my day. No time for that sort of thing with notes to write, tests to study for, articles to look up.

I attempted to explain the situation to the school psychologists. I tried to convey the sense of loss, the unmet expectations, the dying of a dream. I was told I was experiencing severe depression and anxiety, feelings that were internally generated. No possible flaw in the system, they rationalized. After all, there were rubrics. I was assured it would take months to treat me. Best to get on with it, numb up in time for the next rotation. Instead, I took a leave of absence.

I never understood the trend of loss of empathy during medical training. Until now. See, when you’re in so much pain that if you thought of your life past this moment, this singular point in time, you would implode, pain seems as natural as breathing. Pain is part of life. Pain is nothing. You can’t stop to nurse your own wounds, you can’t talk about how much you hurt. So how could you possibly have enough room in your broken heart to take on someone else’s pain? So you don’t. You cover your bases and survive. You become that machine that you swore you’d never become. Because it hurts too much to feel, and it’s so much easier to float than swim.

I fantasize daily about leaving medicine for the endless sky back home. I miss the person that I was so very much. But I’m still here. And I hold onto my faded dreams in my little hands.

I remember that hospital room that smelled of isopropyl alcohol and sickness. I remember changing the sheets my mom soiled because the nursing staff was short in our small hospital. I remember the cold, detached doctors that came for ten minutes once a day. I remember how they spoke in riddles, how they seemed so far away. I remember.

Set free: Thank you for the freedom to care for this sick patient

I never understood the loss of empathy during medical training. Until now.
44 comments