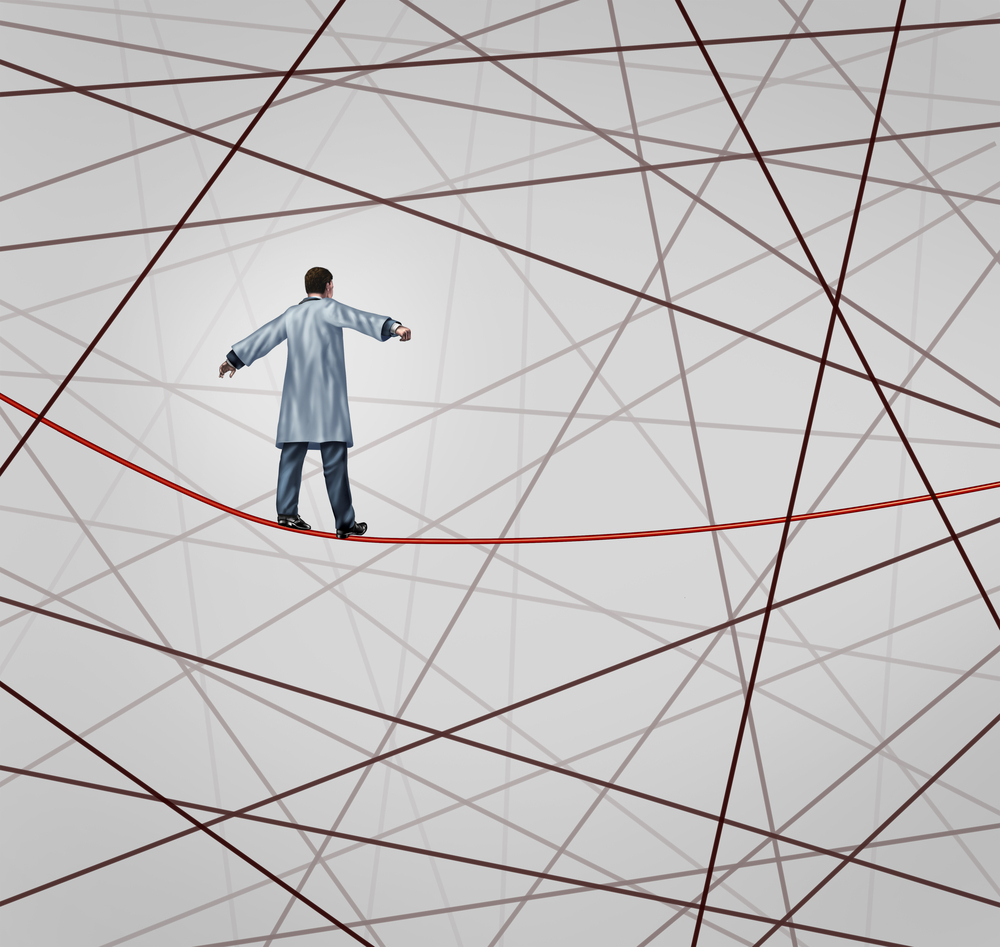 Even today there are patients who leave diagnosis and treatment entirely to their doctors.  They make no effort to inform themselves about their illness or chart their course; they do whatever their doctors advise.  Once the norm, this passive, willfully naive attitude has withered in the face of a multigenerational attitude shift, coupled with the wealth of medical information at hand today.

Direct-to-consumer drug ads on television, online peer support, medical websites and blogs of all stripes, “Dr. Google,” PubMed — it almost takes dedicated effort to avoid learning about one’s medical issue.   The complementary role of doctors as kindly but authoritarian caretakers feels outdated by decades, and to many nowadays, offensive.  “Paternalistic” has become the epithet of choice for doctors who fail to recognize, respect, and make room for patient autonomy and medical self-determination.

Most doctors practicing today, even those of us decades into our careers, began medical training at a time when patient empowerment had already gained ground in the U.S.  Many of us supported it wholeheartedly.  In college, I studied medical ethics and patient autonomy.  I volunteered at a community clinic called “Our Health Center” that aimed to empower patients.  My stated goal when applying to medical school was to help patients take responsibility for their health.  Even today I tend to over-explain my reasoning to my patients and to err — and sometimes it is an error — on the side of offering a smorgasbord of options along with their risks and benefits.

However, over the years the goalposts have moved.  For a growing subset of patients, it is no longer enough that we doctors talk to them as fellow adults.  The one-time goal of shared decision-making has, in some circles, given way to a deep skepticism toward doctors and our expertise.  Some regard us as irksome gatekeepers who add little to medical decision-making and serve mainly as roadblocks to obtaining the medical tests or treatments they already know they need.   In this jaundiced view, our role is reduced to rubber-stamping: ordering desired tests, signing requested prescriptions, drafting work excuses, and so forth.

For example, I’ve received many calls from would-be patients seeking a prescription stimulant for self-diagnosed “adult ADHD.” The callers sound dismayed when I point out that my diagnosis may not agree with theirs.  Similarly, patients seek me out to provide documentation and advocacy on behalf of a psychiatric disability they swear they have, but I haven’t yet evaluated.  I find myself wishing that such callers could face the consequences of their decisions without involving the unwanted, apparently superfluous impediment of a doctor.

These examples from my practice could be dismissed as drug-seeking or “gaming the system.”  But skepticism toward physicians and our expertise goes much further.  Patients insist on antibiotics for viral (or non-existent) infections.  Parents refuse to vaccinate their kids.  Online forums abound with horror stories of patients misdiagnosed and mistreated, who finally escape this nightmare only by taking matters into their hands.  “Ask your doctor” drug ads imply that doctors will fail to consider the advertised treatment if not for patient self-advocacy (and the generous assistance of a multimillion dollar marketing campaign).  California has a voter initiative this fall that, among other provisions, would mandate random drug testing of physicians for the first time in the U.S.

There is a movement afoot to share medical records with primary care patients, ostensibly for doctor-patient collaboration, but often justified on the basis of “transparency.”  It is now deemed paternalistic for doctors to keep private notes of our work, even though this is accepted in other professional and consultative fields.  Institutions no longer trust us to do high-quality work without oversight by non-physicians who track quality and patient satisfaction measures.  Some patients now balk when doctors ask personal questions, (e.g., about religious practices or hobbies), that are not obviously related to a manifest disease process.  Learning about our patients as people, their strengths as well as weaknesses, is apparently also paternalistic.  Shouldn’t the patient decide what areas of information to divulge?

Reducing doctors to servile technicians renders us safely powerless.  Never mind that we can no longer diagnose or treat illness as well, for example by drawing unanticipated connections between habits and disease.  For many patients, and apparently for society at large, it is more important not to feel a power differential.

This is an odd sentiment indeed.  Anyone offering a skilled service, professional or not, wields a degree of power — and at least a little paternalism — over clients or customers. The computer professionals and attorneys who come to my office expect their clients to defer to their expertise.  My mechanic knows more about cars than I do, my barber about hair, my grocer about what produce is in season.  Somehow we don’t find it threatening to put our faith in these authorities, especially when they welcome dialog and involve us in the decisions and recommendations that affect us personally.

People sometimes wonder when they may question a doctor’s diagnosis or advice.  I say always.  I’ve spent a career encouraging patients to be curious, to ask questions, to understand their suffering and what may help.  This is the legacy of patient empowerment: all of us taking responsibility for our well-being, and medical professionals respecting the right of patients to make their well-informed health care decisions.

However — and it is a big however — this is not the same as physicians rubber-stamping everything patients believe or want.  Shared decision-making lies between“doctor’s orders” and “patient’s choice” and follows the ethical standard of acting in the patient’s best interest (illustration courtesy of Practice Matters): 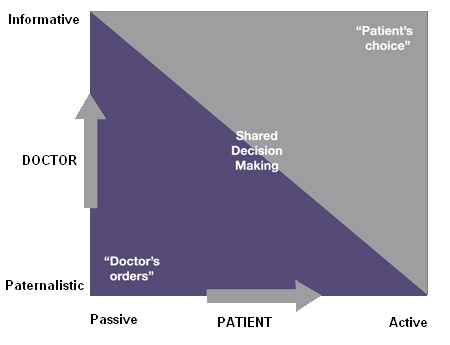 Nor should fear of sounding paternalistic silence us when detractors claim that everyone’s opinion is equally valid.  It is falsely modest and politically naive to deny our expertise.  When it comes to medical matters, we doctors, while admittedly fallible, are nonetheless right far more often than we are wrong, and far more often than even intelligent, well-read non-physicians are.  Like the attorney, computer professional, mechanic, barber, and grocer, we know things most other people do not.  There is no shame in that, nor is it a power trip to point it out.  A paternalism that demeans others is bad; a servility that demeans ourselves may be worse. 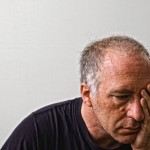 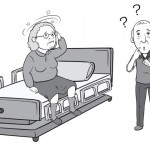 Between paternalism and servility: A balance physicians must straddle
23 comments