“He’d feel okay about not replacing the pacemaker’s battery when it ran down, he said. But turning it off, he said, would be ‘too active.’ Later he would tell me that it would have been “like putting a pillow over your father’s head.”

These are the words of Katy Butler in her book Knocking on Heaven’s Door – The Path to a Better Way of Death in which she writes about her families ordeal in trying to have her father’s pacemaker. It is also something that I’m hearing more about, in particular health care professionals refusing to deactivate a pacemaker due to concerns that doing so would be akin to euthenasia.

Why is pacemaker deactivation neither physician-assisted suicide nor euthanasia? I think one of the easiest ways to look at it is by asking what is the intent of a particular intervention and what are the means that will be used to meet that intent. For both physician-assisted suicide and euthanasia the outcome that is intended is the relief of suffering through death.  However, the primary intent in pacemaker deactivation is to respect the patient and surrogates request to discontinue the unwanted treatment. The intent is not to terminate the patient’s life, although death may be an anticipated outcome in those who are at least significantly pacer dependent.  Additionally and very importantly, death is not the means to meeting the intent of deactivation.

If it isn’t euthanasia, is it ethical to deactivate a pacemaker?

It is very clear that many physicians have moral distress over deactivation of a pacemaker. Studies have shown that many physicians view cardiovascular implantable electronic devices as distinct from other life-sustaining therapies. Furthermore there is a view that pacemakers are different from AICDs or other medical interventions commonly withdrawn as the end of life, as a pacemaker replaces a natural cardiac physiology, it is automatic, it is implanted, and its action is not felt by the patient.

The problem with this viewpoint is that there is very little to support it either ethically or legally. Patients have the right to refuse or withdraw treatments, even if the treatment prolongs life and immediate death would follow a decision not to use it. This applies to ventilatory support, dialysis, AICDs, or pacemakers.   Nor does it matter if a patient has an underlying rhythm that is incompatible with life. If this were true, ventilator withdrawal or discontinuation of dialysis would also be limited to those who are healthy enough to survive extubation or dialysis discontinuation.

What to do when a health care provider refuses deactivation?

Key points from this very in-depth statement include:

5 health care megatrends to watch for 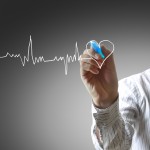 Deactivating a pacemaker: Is it euthanasia?
2 comments