Over the last year I’ve become rather addicted to golf. Having always been more into cardiovascular sports I’m actually quite surprised with how much I’ve taken to it. Fresh air, outdoors, lots of walking in beautiful nature and spending time with friends — what is there not to like?

Anyway, I’ve frequented several different courses in the Boston area in just the last few months. Last week, we were due to play on one particular course which is actually situated in a less than prestigious area but happens to be pretty decently maintained. We found out about the course online where it had stellar reviews, and had already played on the course a few times.

But on one evening last week we arrived to find that a tournament was taking place. In no mood to give up on our planned golf round, we quickly decided to go to another nearby public course. We debated where to go for several minutes, between a nice course that we already knew versus another closer course, but one that we both knew had quite abysmal online ratings (and had avoided before for this very reason).

Due to time constraints we reluctantly opted for the latter. To our pleasant surprise when we got there it turned out to be an excellent course, indeed much better than the one we had just come from! Not that I’m by any means a pro, and my friend is no novice either — but we were really very impressed and wondered how the online ratings could have been so wrong.

This got me thinking about patient satisfaction and reviews in the health care industry too. On deeper analysis of why the golf course could have got bad reviews — I think I got where the problem was. This course was in one of the most prestigious suburbs of Boston, serving a high-end population and surrounded by elite private golf courses. The mostly local people giving the ratings were obviously more demanding and seemingly had higher standards. Yet the original golf course which was clearly not as good, but in a much less desirable area, had glowing reviews from the local population.

This is exactly the same phenomenon that exists with patient satisfaction and their health care experience. There are huge variations depending on peoples’ socioeconomic status and geographical area. It’s well known that certain parts of the country, especially the South and Midwest, consistently outperform their Northeastern counterparts when it comes to patient satisfaction — despite no correlation with patient care standards (in fact many would argue that there’s sometimes a reverse correlation). I’ve even heard it said that in many parts of the country all a doctor has to do is stick their head through the door and wave at the patient, and that patient will be overjoyed with their care!

What my golf experience that day reinforced to me was that customer satisfaction is not a precise science and there are huge individual variables at play. Doctors, nurses, health care organizations, and even the government must keep this in mind as they digest data and look for ways to improve in this area. Whether it is golf or a hospital — satisfaction and a good experience really are in the eye of the beholder.

A physician reflects on Robin Williams 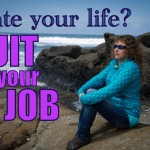 What a golf course taught me about patient satisfaction
1 comments