Physicians today are challenged with the unique task of navigating the fundamental incompatibility between patient autonomy and the goals of public health. A few months ago, I faced that challenge when my elderly patient declined to receive the recommended influenza vaccine.

“I respect my patients’ right to choose, but sometimes I’m concerned that they make choices based on fiction rather fact,” I reflected in a recent post. “It’s been quite a challenge learning how to debunk misconceptions, without seeming too pushy.”

Prompted by the recent conversations surrounding the anti-vaccination movement, I am here, once again, reflecting on a doctor’s responsibility to support the health of the community while simultaneously empowering their patients with the information needed to make informed choices.

Vaccinations work in part by exerting their protective effects via herd immunity. That is, when people are vaccinated, they not only build up their own immune systems, but also thwart the spread of disease to community members that are ineligible for certain vaccinations like immunocompromised patients, pregnant women and babies. By definition, most people must buy into the concept of vaccination for it to work.

Given the recent increase in outbreaks of vaccine-preventable diseases like measles and whooping cough, can we as doctors truly respect a patient’s wish to stray from evidence-based vaccination guidelines?

When it comes to vaccinations can we have our cake and eat it, too?

The lesson of all this is that vaccination is not an individual choice to be made by a parent for his or her own offspring. It’s a public health issue, because the diseases contracted by unvaccinated children are a threat to the community. That’s what public health is all about, and an overly tolerant approach to non-medical exemptions — and publicity given to anti-vaccination charlatans like Wakefield and McCarthy by heedless promoters like, sadly, Katie Couric, affect us all.

I’ve realized that sometimes, the medical community doesn’t care about being pushy in the name of public health. Sometimes we are the biggest bullies, using science and the letters behind our names as weapons to shame those who choose not to follow medical recommendations. Some medical professionals have flooded my twitter timeline with unkind tweets about celebrities that choose to opt out of vaccinations. A legitimate source citation in a tweet does not mitigate the meanness in the message.

Reality TV starlet, Kristin Cavallari recently revealed that she doesn’t believe in vaccinating her children. I instantly felt sad for her. Not sad because her misinformed beliefs based on shady Internet blogs will place her children and others in her community at an increased risk of preventable disease (this is an obvious tragedy), but because she was about to be massacred by the vaccine mafia for her parenting choices and medical decisions.

Celebrities do have the power to influence public opinion, but at the end of the day they are patients, too. By attacking celebrities for their medical choices, do patients fear that they will also be targeted for sharing the same views? How many patients are afraid of asking their physicians questions about vaccinations or exploring alternatives because they are afraid of being dismissed or labeled as an “anti-vaxxer”? By publicly shaming and bullying “anti-vaccination charlatans” are we inadvertently destroying opportunities for productive dialogue with our patients?

Dr. James Hamblin, an editor at The Atlantic, reminds us of the dangers of misappropriating our energy to educate patients:

Exasperating as it can be for experts and journalists who hear about vaccine conspiracy theories and discredited research regularly, for years, concerns are still best addressed seriously. Dismissing concerned parents out of hand is dangerous to the culture on the whole. Go after the misinformation, not the misinformed. McCarthy is not an aberration, in that celebrities without medical expertise have and will continue to shape public health. Often for better, often not; either way it’s powerful and the effects are pervasive.

I think we can have our cake and eat it, too, by going after the misinformation, not the misinformed. At least we can make it easier for patients to make the right choices, instead of pushing them toward the wrong ones.

Pay me like a French doctor. You know you want to. 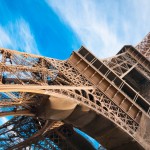 We do not have a health care system

Vaccines and public health: Can we have our cake and eat it too?
8 comments