The Affordable Care Act (ACA) will increase insurance coverage for the poor, uninsured and minorities, but will it improve access to care and population health? The answer depends critically on whether or not physicians are available to care for the newly insured. Many health policy experts fear there may not be.

While the ACA contains some modest pay increases for doctors willing to see patients with Medicaid (the means-tested joint federal-state program that the ACA will expand), these incentives are likely to be too small to dramatically boost physicians’ willingness to care for disadvantaged patients or to affect the underlying national shortage of primary care physicians.

How then can we help ensure that the health care needs of disadvantaged patients are better met as ACA implementation proceeds? In the February 1st, 2014 print issue of JAMA Internal Medicine we reported the results of a study that may provide part of the answer: train more minority physicians.

We hope to one day live in a fully integrated society where everyone has the same, comprehensive health coverage, race and ethnicity matter less, and everyone has access to high quality health care professionals. However, until that day comes, we need to recognize the disproportionate role of minority physicians in meeting the health care needs of the poorest and sickest Americans.

How can the physician workforce be diversified? Increased efforts to identify talented minority students and help prepare them for medical careers are needed. In addition, decreasing the exorbitant tuition costs of medical schools would disproportionately benefit minority students.

However, the change that would have the most direct impact is a revamping of medical school admissions priorities. Although a recent Supreme Court decision requires admissions committees to show that diversity could not be achieved by other means before resorting to race-conscious selection criteria, it nonetheless affirmed a compelling government interest in achieving diversity. All medical schools should set diversity as an explicit institutional priority and adopt admissions criteria that give preference to students (of any race/ethnicity) who bring diversity to the profession. Such policies might also favor students with a history of volunteering or working in underserved communities and those who seek careers serving disadvantaged patients.

In the United States today, the poor die six years younger than the affluent, blacks die nearly four years younger than whites, and patients from most ethnic minorities have markedly worse access to needed medical care. Medical schools need to do more than bemoan these grim realities; they should act to change them. America’s medical schools have just completed another application cycle and have decided who will or will not become a physician. In the next few years, they must be willing to commit to training more high-quality minority health care providers. By changing the complexion of the nation’s physician workforce, medical schools prepare a physician workforce to better meet the needs of all Americans.

How to talk with parents about vaccines 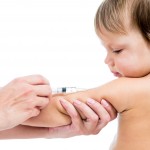 How can the physician workforce be diversified?
26 comments