So a guy has his car towed to the mechanic. All four tires are slashed. He has a simple request.

But this is one of those comprehensive care mechanics. He not only examines the tires, he does a full once over. He pops the hood and immediately knows that the engine is shot. It’s fried. The cost of fixing the engine is more than the value of the car. It’s a zero sum game. The owner shouldn’t replace the tires, he shouldn’t work on the engine, this car belongs in the scrap heap. He saunters out to the waiting room, and delivers the bad news to his eager customer. The mechanic is utterly stunned by what he hears next.

The mechanic, being a kind and gentle sort, assumes that he has been misunderstood. He sits down quietly next to his fellow human being. He again explains, more slowly this time, how the cars value is minimal. He draws a diagram to demonstrate why the engine won’t function. He reiterates the futility of changing the tires on such a car. It is not only a waste of money, it is a waste of precious time.

The customer turns his back to the mechanic, pulls out his mobile phone, and dials furtively. He hands the mechanic the phone. It’s the customers insurance agent.

Please replace the tires. We will cover it.

The office is full, the cars are piling up in the lot, and yet the mechanic patiently tries to explain the situation again. Again he tells how the engine is nonfunctional. Again he outlines the price of possible fixes and how they are completely cost prohibitive. The tires are just the icing on the cake. They are not the problem, and fixing them will solve nothing.

The customer snatches the mobile out of his hand and dials yet another number. He pushes the phone back without saying a word. This time it is a lawyer. He demands that the mechanic fix the tires unless he wants to face a lawsuit.

How much will you charge me to tow this thing to the junk yard?

In reality, no mechanic would have been expected to fix the tires. No insurance company would have paid the bill. And no lawyer would have taken a case they so clearly couldn’t win.

Yet doctors are expected to put dying patients on dialysis, give fourth line chemotherapy when the first three lines (which actually have some clinical benefit) fail, and refuse to turn off the battery of defibrillators in bed bound, obtunded, dementia patients.

We don’t do this because we want to.

Unlike the mechanic, we have been denied the basic logic of futility. 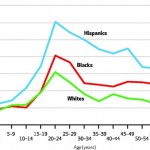 Patients who refuse their physicians' advice

Unlike mechanics, doctors have been denied the basic logic of futility
17 comments