As a medical student, one quickly learns not to question the wisdom of authorities, and appropriately so. Do your work quietly and conscientiously and study hard. Take all criticism enthusiastically and graciously. Do not speak unless spoken to. Beyond the compassion and empathy we are all expected to champion, these are the proverbial medical student keys to success. In our roles as the lowest rung on the medical ladder, this indoctrination comes from a combination of both trial and error and, put frankly, fear. I was no stranger to the age-old horror stories passed down from one anxious student to the next about encounters with particularly hardened attendings.

I was told Sarah (not her real name) had a clot in her left arm; as the sub-intern on call, it was my job to admit her to the medicine service. Sarah was quiet – super quiet – and curt in her answers to my attempts at open-ended questioning. The little that I did glean was that she had first noticed a bump in her left arm one month ago and now it had gradually enlarged, becoming tender. A month and a half ago, she had been hospitalized for pseudoseizures while on vacation in Puerto Rico. She apathetically denied every other question I asked, including about ten specifically intended to evaluate her clot risk. Aside from her left upper extremity exam, her vital signs, physical exam, and admission labs were all normal.

Ultrasound confirmed that she had a large superficial venous clot in her left mid arm. A quick online search refreshed my memory on the subject: superficial clots, when provoked, cause discomfort but do not require a large medical workup; unprovoked clots, however, are rarer and indicate risk for hypercoagulability. Sarah had denied all of the questions I asked about clot risk. Yet despite our half-hour long conversation, I remained unsatisfied with the small amount of information I had gathered. In standard medical student fashion, I returned to her bedside to clarify her history.

“So I know we talked about this before, but I just want to make sure. They did not get any blood from your left arm or hook you up to an IV when you were in Puerto Rico, correct?”

“Oh no, they did,” she replied coolly. “I had an IV in for the two days I was there. Sorry. Did you ask me that before? I guess I just wasn’t paying attention. I’m tired. I’ve been here a long time.”

With a provoked superficial clot, Sarah could be followed as an outpatient. Yet when I told the resident about this new development, she felt there was little she could do: the ER doctors had gotten a vascular consult and it was the vascular attending who had recommended that Sarah be admitted. Put mathematically, this is basically what happened:  Vascular attending > (ER attending = admitting attending = medicine attending) > resident > me. The powers that be had spoken, and I felt powerless.

She got therapeutic deep vein thrombosis treatment. There were progress notes, nursing orders, and thousands of dollars in lab work. We called in the weekend ultrasound tech from home to evaluate for clot extension.

I got to practice my communication skills when the resident let me call the vascular attending a day later to see what he wanted to do about anticoagulating the patient upon discharge since her clot had not extended.

He answered, reminding me of my place in the hierarchy. Was he the dreaded attending from those stories? I took a deep breath and explained that I did not think Sarah needed to be anticoagulated given the nature of her clot.

“Are you kidding me?”

He was angry. I was scared.

“I explicitly asked the ER attending, and he told me it was unprovoked. God, she didn’t even need to be admitted. Discharge her, please. Now.”

He hung up. I did as I was told. Or at least I thought I did. Sarah’s name was still on my list when I went to round on my patients the next morning. Dumbfounded, I asked the resident if she had co-signed my discharge order as I had requested before leaving the day prior.

“Oh my gosh, I totally forgot,” she said.

My heart sank. Sarah, true to form, had been too passive to say anything to her nurse. And yet why should that be her responsibility?

Despite everything we had done, we all had been too passive. Communication counts at every level, now more than ever.

Jessica Heney is a medical student.

This is why you should wear sunscreen 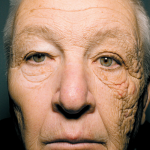 What to do if your partner is in a bad mood