There is nothing so horrifying as when your doctor is too nice to you. During my first mammogram at Kaiser Permanente, I knew I had cancer before they even told me because of the hushed voices, the pats on my shoulder, and the way, suddenly, no one cared how much time was being spent on my visit. When that happens to you before the diagnosis is official, there is nothing more panic-inducing.

Just as bad, for me, was the pitying sorrow of the radiologist as she hung up my mammogram to show me the scattered, dime-sized calcifications. It appeared as if I had been buckshot in the chest. She took five biopsies of the worst spot in my left breast. I left with a massive pressure dressing topped with an ice pack, both cinched tight as though my heart threatened to fall out.

I walked into work the next day at my clinic, wondering if anyone would notice the bulky third boob. No one did, but as one of the most lovely nurses at our clinic, Ninfa, asked me in passing, “How’s it going?”

I found myself weeping as I tried to say, “Fine.”

She pulled me into a supply closet and gently, carefully hugged me until I could pull myself together. The call came later that day. Yes, it was cancer. Estimated initially at 8mm (when 5mm is the absolute biggest, in terms of survival, that anyone would want).

“And,” the radiologist said, “I’m sorry, you’ll have to have a mastectomy, at least on the left side. If I biopsy all the abnormal lesions, you’d end up with mastectomy-by-biopsy. You’ll need to talk to your surgeon about what to do on the right.”

None of these lesions appeared overnight. I have a bad family history, but I’d had mammograms regularly since age 40, one biopsy in my early 40s that was “okay” and even genetic testing that indicated I was “negative” for increased risk. Every year or so for 11 years I’d gotten my postcard saying I was fine. It was only because I changed my health care to Kaiser that I learned about any of these abnormalities, and, frankly, my life was saved. So how the hell did an informed doctor end up in this position?

You can die from human nature, especially after being labeled “negative.”

I don’t know, frankly, how mammograms as appalling as mine continued unaddressed for so long. But as a health care insider, I’ve got some sense of how easily it could happen. In my early 40s I’d had a biopsy that was “negative,” and I had BRCA testing that was negative. All of this was occurring at an institution whose researchers were making a national name for themselves by promoting the idea that we women can’t deal with the complexities of false positive biopsies and scary mammograms, so – even though mammograms absolutely save lives – we should just offer fewer mammograms (a topic I wrote about here, long before I was diagnosed). Medicine is as trendy as any other field and this is the way the pendulum has been swinging.

So as my yearly images, packed with calcifications, came across the radiologists’ desks, they’d look at the previous year’s reading, realize that if they were the one to pull the trigger on this decision and go after a lesion, I’d end up biopsied to death. Did they want to be the person to do that? Besides, was it really that much worse than the year before? And wasn’t I BRCA negative, after all? And so, again, year after year, I was read as “fine.”

This type of scenario has happened to enough women that legislation has been passed in California to force radiologists to tell women about subtle abnormalities. It all boils down to how we are defining “negative.” A mammogram with many high-risk, arguably biopsy-able lesions is not “negative.” Similarly, having a negative BRCA test does not make you “negative,” except under very specific conditions.

If you are considering genetic testing yourself, here’s what it means if you test “negative.” Imagine that there are two drugs – one which is life-threatening and generally only used as a lethal poison, and a second drug that is a feel-good health booster. What if you gave both of them the exact same name? How many near-death medication errors do you think might occur?

This is exactly the same as calling as BRCA test results “negative.” But it’s a concept most doctors don’t understand at all. First, BRCA testing is not all-inclusive. With over a thousand mutations reported, and the price-gouging from the gene’s current patent holder, it’s nearly impossible to know just how thoroughly your gene test was done. If you have a bad family history and a “negative” result seems surprising, the recommendation is that you consider “more thorough” BRCA testing. I’m not sure if there’s a health plan that would ever cover that, or a provider, outside the most rarified academic centers, that would even know to recommend it.

Second, if you are the first member of your family to be tested, or there aren’t enough family members’ info to give an adequate genetic history, your “negative” is supposed to be called “uninformative” – because you could have an equally lethal, as-yet-undescribed, or not searched for by the standard-scan, faulty BRCA gene. But if you even try to call your result “uninformative,” here, as you might expect, is how that conversation goes:

You tell your surgeon, “I had an uninformative BRCA test.”

“Well, no. Ok, yes – technically – but that means it’s uninformative,” you explain.

“It’s negative then,” the surgeon says as she enters it into your electronic record.

Studies show that people who have negative BRCA tests still have a 4 times higher risk of getting breast cancer. Unless, that is, a BRCA test is done in a family that is already proven to have the BRCA gene. For example, if the BRCA test is done to see if daughter Shiloh inherited it from mother Angelina Jolie, and Shiloh’s test is negative, that means she never got the “faulty” gene and she would have even less risk of breast cancer than the general population.

We now have two BRCA negatives – one is life-threatening, and the other is a feel-good health-booster. They are both exactly “negative.” But these results are all being mixed up and passed around indiscriminately, with almost everyone assuming negative is good. If you are labeled a “negative,” make sure you’re armed with what it truly means, whether it’s a “negative” mammogram, or a “negative” BRCA test result. 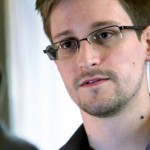 Will health reform address the racial disparity of the uninsured?

The problem with a negative BRCA test
1 comments