Prostate cancer is the most commonly diagnosed non–skin cancer among U.S. men. It can be life-threatening, and many men have cancer without knowing it. For those reasons, doctors sometimes look for prostate cancer in healthy men (screen for cancer) by measuring blood levels of prostate-specific antigen (PSA), a protein secreted by the prostate gland. High PSA levels can be caused by cancer and may lead a doctor to take a sample of prostate tissue to see whether cancer is present (biopsy). Most prostate cancer grows very slowly, however, and many men with prostate cancer die of other causes. Neither PSA testing nor prostate biopsy tells doctors with certainty which cases of prostate cancer are threatening and which require treatment. As a result, many men with slow-growing cancer have biopsies and treatment after PSA testing that they would not have needed if doctors had never tested them.

The value of the PSA test has recently come into question, however, with several studies suggesting it causes men more harm than good — spotting too many slow-growing tumors that, especially in older patients, may never lead to serious illness or death. In 2012, the U.S. Preventive Services Task Force, an influential government-appointed panel, advised against any routine use of the PSA test for prostate cancer in all men.

Most urologists consider the Task Force’s guidelines and global ban on PSA testing far too stringent. For that reason, a group of experts at the recent 2013 American Urologic Association’s annual meeting in San Diego recently recommended against annual testing and prostate biopsies at certain PSA levels, usually a level greater than 4.0ng/mL. It is possible that using the PSA test differently (for example, by testing less often) would still be useful but reduce the harms of unnecessary treatment such as urinary incontinence and erectile dysfunction that come from more frequent testing.

What are the new AUA recommendations?  There are several ways of using the PSA test to help men make the diagnosis of prostate cancer while reducing the harms of testing. The first way is to stop screening after age 70 years because men older than 70 years tend to have higher PSA levels without having prostate cancer, or if they have cancer, it is usually the slow-growing variety and does not result in a cause of older men’s mortality. Another way to use the new guidelines included measuring PSA levels less frequently such as every two years in men whose levels are normal especially when the initial PSA levels are less than 1.0ng/mL.  Finally, the doctor caring for older men might recommend that they have higher levels of PSA before recommending a biopsy and possible unnecessary treatment.

It is hoped that the new recommendations by the American Urologic Association will result in more personalized health management where discussions will take place between doctor and patient and where the risk of having prostate cancer and the age of the man are balanced against the value of screening.

The new AUA guidelines are more nuanced. The group does recommend against the PSA test for men under age 40 or for those aged 40 to 54 at average risk for prostate cancer.

The AUA says, however, that men aged 55 to 69 should talk to their doctors about the risks and benefits of PSA screening and make a decision based on their personal values and preferences.

Routine PSA screening is not recommended for men over age 70 or any man with less than a 10- to 15-year life expectancy.

The best evidence of benefit from PSA screening was among men aged 55 to 69 screened every two to four years. In this group, PSA testing was found to prevent one death a decade for every 1,000 men screened. The guidelines also said PSA screening could benefit men in other age groups who are at higher risk of prostate cancer due to factors such as race, i.e., African American men and men with family history of prostate cancer. These men should discuss their risk with a doctor and assess the benefits and potential harms of PSA testing.

What do I recommend that you tell patients?  I agree with the guidelines that men over age 70 probably do not need to be tested.  Also men younger than age 50 do not need to be tested.  The exception is African American men and men with a family history of prostate cancer.  I would not test a man with multiple chronic conditions, which would decrease his life expectancy to less than 10 years.  I would also suggest that men with very low PSA levels (less than 1.0ng/mL), be tested every two years.

Finally, the discussions between a patient and his doctor on the PSA test are extremely important.  I suggest you ask the man if he gets a PSA test, would he submit to a prostate biopsy and if he has prostate cancer would he accept treatment for the condition?   If the answer is no, then I would document this in the chart and not obtain the test.

Neil Baum is a urologist at Touro Infirmary and author of Marketing Your Clinical Practices: Ethically, Effectively, Economically. He can be reached at his self-titled site, Neil Baum, MD, or on Facebook and Twitter.

Is this Fisher Price sleeper safe for infants? 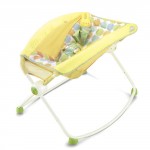 Will the da Vinci robot go the way of laparoscopic surgery?