Recently, a Leonardo Da Vinci painting, Salvator Mundi (Savior of the World), was sold for $450 million, making it the largest fee for a painting ever sold.  Was it a good investment?  The painting was sold by Leonardo’s heir to King Francis I of France for 4000 gold ducats in 1519, which according to the American Numismatic Society would be equivalent to $575,000 at today’s price of gold at $1277 per gram of gold.

However, owning an original Da Vinci provides incredible bragging rights.  Imagine if Bill Gates, who hardly needs more bragging rights, bought the Salvator Mundi and said, “Here’s another DiVinci to add to my existing Da Vinci collection.”  It is the ultimate in psychic return on his investment.

So what does the Da Vinci painting have to do with health care?  It’s a matter of perspective.  There are some doctors who complain about reimbursements going south, overhead costs going north, more time delegated to uncompensated paperwork such as prior authorization, and more time spent looking at a computer rather than at the patient.  These are the doctors who are complaining about a poor return on their investment of time and money.

Then there are other physicians, myself included, who feel that our profession is the most rewarding return on the investment of 10 to 12 years of training after high school, 70-hour work weeks, and frequently getting up at night to answer a phone call or go to the emergency room.  We feel we have an incredible psychic return for our investment and many physicians wouldn’t trade what we do for more money.

Bottom line: It doesn’t matter what you do, what is your business, or what is your profession; it’s how you look at it and what is your perspective.   Is it a monetary return or a psychic return that you are after?  You decide. 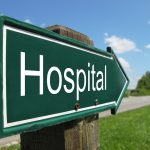 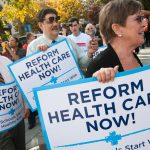