I was watching a macho shoot-em-up movie the other day; the type where everyone shoots everyone and in the final scene, the dirty blood-stained hero rides homeward on a helicopter or maybe a horse, into a red sunrise or sunset.  He stares blankly, focused on nothing, focused on everything, his look reflecting the turmoil of what he has seen, done and lost.  The hero’s grease-smeared face shows the understanding that while he has done well, perhaps even triumphed, he now knows that the world is not a nice place.  Looking at those eyes, I recognized a feeling, a fatigue, a wisdom of experience, which I have seen before.  In that cinematic portrayal of world-weariness, I recognized myself.

No one asks an oncologist how they feel or how their day has been.  It would be like asking a funeral home director how much fun they had at work.  You really do not want the answer.  The closest common sentiment is something like, “Boy, you have a really hard job.”  While at times that may be the case, to reduce being a cancer doctor to that simple negative is to miss much about what makes oncology one of the most emotionally remarkable things a person can do.

At its core, the oncologist’s craft is technically complex and ever changing.  This brings with it an immensely satisfying intellectual challenge, always requiring new knowledge and new approaches to problems.  No two days, no two diseases, no two patients are ever the same.  The eternal need to study, the constant discovery, is rejuvenating and builds confidence.  On the other hand the continuous evolution in this complicated area of medicine means that you can never know everything, need to appreciate your own limits, and must be ready to adjust quickly, intellectually and emotionally, when you make mistakes.  As a great teacher once told me, the emotional soul of the practice of medicine is “fear and guilt.”  Fear for the mistakes you will make, guilt for the ones you have already made.

The oncologist’s day is deeply social and is based on an understanding of how people adjust to life threatening events.  It requires confidence in the innate strength of individuals to cope with disease, at the same time understanding how devastating illness and fear itself can be.  This means being part teacher, part friend, part preacher and always a compassionate guide.  The doctor must stay focused on the needs of the patient and family, and put his or her own emotional or physical needs aside.  For the physician this process is exhausting, but also deeply rewarding.

The cancer doctor has the opportunity to serve not only the individual patient, but also families and often the entire community.  There is wonder in seeing a child born because of a mother saved, a holiday celebrated which would have been lost or a vital medical discovery applied. Over time this creates for the doctor a network of support which, even if not expressed directly, gives a feeling that the community cares about the physician’s well being and appreciates his or her contribution.  This emotional environment of warmth and safety rebuilds spirit and soul.  For the physician this feels at times as if it returns more than they can ever give.

Finally, for the doctor there is the honor, given by society, to work in a special place, an “unknown country” where few people normally tread.  A place of hope and of suffering; A place of victory, and of absolute defeat; A place of deep love and of infinite hate, for a disease which takes so much; A place where there is much that the doctor can do and very much he can not; A place where the value of life is never more understood, and a place where death is never more near.  For the oncologist there is a sacramental obligation to his fellow man, carried deeply in his heart and which carries him during the toughest times.

But, at the end of some days, shutting off the last office light, locking that heavy door, crossing the empty parking lot to the chilled dark car, the oncologist, who is not a hero but just someone trying to help, can still feel that exhaustion, that world fatigue, for what they have seen, what they have done and what they have lost.  They take a deep breath; shake off that blank stare and head home to their families, but with the excitement and satisfaction that they will return to join the battle another day.

Why doctors should use their real name on Twitter 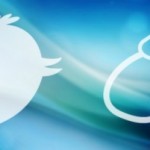 The rise of ultimatums in medicine: Do they work?

No one asks oncologists how they feel
4 comments