The General Medical Council (UK) published new guidelines that state, “If you identify yourself as a doctor in publicly accessible social media, you should also identify yourself by name. Any material written by authors who represent themselves as doctors is likely to be taken on trust and may reasonably be taken to represent the views of the profession more widely.”  This has undoubtedly created some discomfort among a number of doctors on Twitter. This stance is consistent with my general view on the matter.

What we say on Twitter as doctors, particularly with medically related topics, carries weight.  By saying we are doctors gives our tweets a greater level of authenticity that is not commonly afforded to other users. Not only do we hold power with knowledge, we are respected for the judicious use of our knowledge which has been painstakingly acquired over many years and enhanced by a responsibility for life long learning. It is incumbent upon us to not abuse this privilege.

In my personal experience, the vast majority of doctors who declare themselves as such, will either use their real name or have reference that allows us to easily attribute their real name to what is written on their tweets.  Personally, I make the choice to use my real name “Henry Woo” as my Twitter name and for my Twitter @username, a short form of my name @DrHWoo.  My bio indicates that I am a doctor.  My website link would give reference to my real name even if my Twitter name and Twitter @username did not have such information.  I don’t think it really matters if it is your user name or bio or link that has your real name as a doctor, as long as what you say is easily attributable to you as a real person.

There should be exceptional situations where using a pseudonym could be appropriate. These include whistleblowing, doctors working in small communities or a desire to comment on emotive topics such as abortion or religion that can in some instances put personal safety at risk  If there is a specific issue that you wish to remain anonymous for, why not create a separate identity and state that this is the case.  If you really wish to remain anonymous on Twitter, then may I suggest that you do not say that you do not mention that you are a doctor in your bio – the only reason we mention that we are a doctor in our bio because we know it adds to the authenticity and respectability to what we tweet on medical matters. Not all people who tweet on medical matters are doctors – being a doctor is not a pre-requisite.  I know of a number of doctors who tweet but do not make any mention that they are doctors – I have no concerns about this – in fact I respect these doctors for not abusing the privilege of what the title doctor means.

In a free and open society, there is should only be very exceptional circumstances in which doctors should feel the need to use a pseudonym on social media. To hide because the individual wishes to publish inappropriate or controversial medical tweets indicates a lack of courage or conviction in their thoughts to use their real name.  Professional bodies will create guidance on social media to factor in the lowest common denominator level of behavior that sadly does occur among us.

Henry Woo is associate professor of surgery, Sydney Adventist Hospital Clinical School, University of Sydney, Australia. He blogs at Surgical Opinion and can be reached on Twitter @DrHWoo. 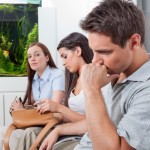 No one asks oncologists how they feel

Why doctors should use their real name on Twitter
8 comments