As trauma surgeons we often have to disassociate ourselves from the stories that surround our patients so that we can focus on their life-threatening injuries. It’s also how I personally cope with the devastating injuries to the patient and the aftermath left for the family. Sometimes, though, I am caught off guard and my defenses aren’t strong enough.

A middle-aged man was brought in one evening after being hit while riding his bicycle. He was bleeding to death, with a badly damaged lung and a broken pelvis. I opened his chest to remove the damaged part of his lung and repair what remained to stop the bleeding. We gave him fluid and blood to keep his blood pressure up. But his abdomen became swollen, and the pressure in it was preventing blood flow to his organs. I opened his abdomen immediately to release the pressure, and he started to improve.

I was impressed with the entire team’s rapid response and ability to function in the organized chaos that is necessary in these situations. We all work to make everything happen at precisely the right moment in exactly the right way, but our patient wasn’t out of danger yet, and I recall thinking he was not going to make it as the anesthesiologist called out, “I need another six units of blood and some epinephrine–now!” To which I added, “Make sure the blood bank sends up platelets and six more units of plasma!” This would help the man’s blood start clotting again. The inability to make blood clots was a sure sign that he was heading down what we call the “triad of death,” cold body temperature, coagulopathic and acidotic.

I had to get him out of the operating room fast so we could get him warmed and he could start clotting. I fashioned a temporary dressing over his chest and abdomen, leaving those body cavities open to get him quickly out of surgery. We call it damage control: fix only what needs to be fixed to get them through and come back another day to repair whatever else needs it–if they survive.

When the surgery was over our surgical intensive care unit (SICU) team rallied to warm him and replace his lost blood components, all while fighting to keep his blood pressure up and his severely injured lungs working to provide oxygen to his brain and other organs.

While this was happening I caught my breath and readied myself for “the talk,” something I’ve done with many families in these situations. I sat down with the patient’s wife and parents, explained his severe injuries, and told them he had a slim chance of surviving the night. If he did survive, there would be many more surgeries and many complications with months in the hospital. I was ready for the tears and emotional outburst but was amazed at the calm strength of his wife, who had three young children who needed to be told that their dad was very sick.

The SICU team did its job tirelessly, and the next day he was back in the operating room to begin the repair process. During the next several days he developed the expected complications, and I frequently explained to his wife what new complications we would likely have to manage next. It was still touch-and-go on the third day after his injuries, and his skin had begun to turn yellow from the many blood products he’d been given. Eventually, this would go away if he survived.

Our SICU policy prohibits children from entering the unit. They frequently carry viruses that can make our vulnerable patients deathly ill, but equally important are the high intensity and visual nature of ICU patients from which youngsters should be shielded. But when one of the nurses asked if we could let the patient’s children see him, I allowed the visit, knowing it might be the last time they would see their father. The next day the nurse told me how much the family appreciated seeing the patient and that the youngest daughter had decided she was going to set up a lemonade stand to help her daddy.

That’s the moment when the reality of what this family was going through hit me. All their hopes, love and determination were summed up by this young girl’s thoughtfulness. She didn’t dwell on the negative. She decided she was going to do what she could to help. Taking care of these patients is a team effort and this little girl was determined to be a part of it. That was four months ago.

Two weeks ago a tall, slender man whom I didn’t recognize came into our ICU, walking with a cane and accompanied by his wife, whom I did recognize. Having never seen the man standing, let alone with normal skin color without the swelling and edema, I was in awe. He, of course, had no idea who I was, but after the introductions and the smiles and a hug from his wife, I said to him, “You have an incredible family.”

Being a trauma surgeon, it’s easy to dissociate ourselves from the stories of our patients, but when we let ourselves get close it can be a remarkable journey.

Medical journals that accept stories and essays from physicians 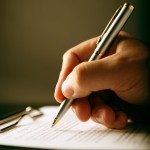