When someone is arguing that our health system needs an overhaul, one of the most common reasons they cite is because it is “built on a flawed foundation of fee for service.” Of course we blame fee-for-service reimbursement for the rampant overtesting, overtreating, and fragmentation (among other things) in our health system, but this doesn’t mean that it is inherently bad, and here’s why.

First, a little contextualization will help. Fee for service is generally placed at one end of a spectrum (the “bad” end) with capitation at the other end (the “good” end).

But other than subjective likability, have you ever considered what varies when you move from one end of the spectrum to the other? Consider this: Fee for service involves the purchase of a narrowly defined service (e.g., a single doctor visit, a single surgery), whereas capitation involves the purchase of a broadly defined service (e.g., all health care you need for a year). The spectrum could be called a breadth-of-services-purchased-all-at-once spectrum.

Importantly, as a direct result of varying the breadth of service, risk also varies. For instance, when a person pays for narrowly defined services one at a time, he has all the risk (meaning, if he gets sick or breaks his arm, he’s the one who is financially accountable). But when that same person pays for a broadly defined service like all the health care he could possibly need for a year, the party he’s paid has all the risk (meaning they’re financially accountable if he breaks his arm or gets sick).

So now that we’ve properly defined the spectrum, let’s revisit the assertion that fee for service (i.e., buying narrowly defined services one at a time) is intrinsically bad. Sure, the extreme fee-for-service end of the spectrum is obviously bad when it means patients are forced to be the ones coordinating complex care and trying to avoid unnecessary services. Yet, being too far at the capitation end of the spectrum can also be bad if it means patients are not at all financially responsible for the services they directly or indirectly choose to consume. In other words, this is yet another situation in life where the Goldilocks principle applies.

That “just right” point on the spectrum will obviously change depending on the service and the individual involved, but Clayton Christensen’s “jobs” principle can guide us in finding it for each situation. He explains that when a person enters the health system, it’s because they have a “job” they want to get done. That job generally isn’t something as narrow as to get an x-ray; more likely, their job would be to fix a suspected broken arm, so they’re looking to purchase something (a bundle of services) that will fulfill that job. The job could also be broader, like to have the peace of mind that they have little to no healthcare-related financial risk and can just go and get care from one source no matter what comes up.

Some providers are starting to experiment with offering services at different points along this spectrum. Examples include episode-based billing; flat-rate, no-limit primary care; and accountable care organizations.

So, is our system built upon a flawed foundation of fee for service? Not exactly—it just isn’t allowing people to purchase the optimal breadth of services for most situations. Figuring out where those points are on the spectrum will be crucial to the success of any attempt to redesign health care delivery.

Taylor J. Christensen is an MD/PhD student in health policy who blogs at Clear Thinking on Health Care.

I was sued and lived to tell the tale

Allowing EMTs to perform an ECG should not be controversial 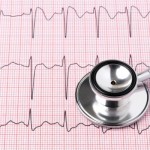 Is our system built upon a flawed foundation of fee for service?
8 comments