When I started nursing, we had a mortar and pestle. 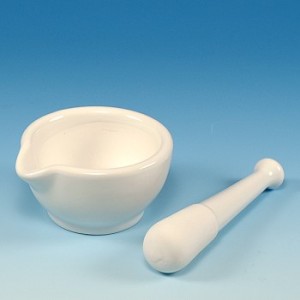 Anyway, this is what we used to crush pills.  (pro tip:  the mortar is the bowl, the pestle is the bat-shaped object)  I always found it very satisfying to fill the mortar with pills and grind them up with the pestle. Of course, we had to then clean both very well afterwards to avoid cross contamination of pills, but overall it was a good system and worked well.  It felt good to crush up the pills and also offered a gratifying CRUNCH sound. Bonus:  Whenever the mortar would inexplicably get separated from the pestle, you could still crush pills!  You’d just take the pill (still in its package), put it on the counter and bang the hell out of it.  A professionally and socially acceptable way to vent your frustrations.

Then came along the plastic pill crusher: 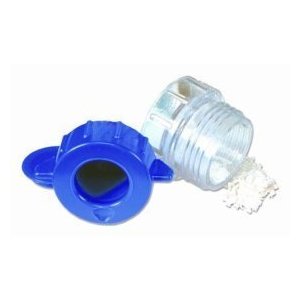 This is a very simple contraption.  You put the pills in, then you affix the top and turn … it’s like a giant screw.  Every once in awhile I’d get the pills in there just right, and would be rewarded with a very lovely CRACK.  Unfortunately, it wasn’t extremely efficient – I’d usually have to unscrew it, jiggle the pills and redo it a few times in order to get them ground up enough to dissolve in water.  Cost?  About $5.

For whatever reason, TPTB decided to do away with the mortar and pestle and pill crusher.  Our then-manager decided to get us something called the Silent Knight.  Maybe the cross contamination became an issue, I don’t know.  But with this device, you would put the pills in a plastic pouch and crush them.  You’d then dump the crushed-up pills out of the pouch into a med cup, mix with water, and viola!  The only clean-up involved was throwing the pouch away. 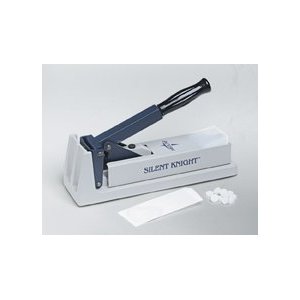 This device was pretty handy, I guess.  No pleasing cracks or crunches, unfortunately, either tactile or aural.  Cost: about $90, and from what I’ve seen, pouches are about 5 cents apiece!!  Doesn’t seem like much, but it adds up, and keep in mind that the pouches end up being one more thing taking up space in the trash.  Boooo!

Recently, a new contraption showed up in our med rooms – the First Crush. 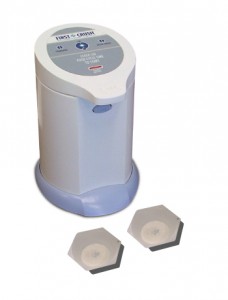 Now we’ve gone completely automatic!  You put the pills into one cup, put the second cup on top (so that they nest, not form a dome) and put it in the machine.  Then you choose the desired level of crushedness (”standard” or “extra grind”) and press a button.  It then whirs into action!  Whereas the Silent Knight is, well, silent, this machine isn’t very quiet at all – you get all kinds of cracks and crunches and machine-like sounds.

It’s very efficient, but also a bit wasteful as well.  You can add water to the bottom cup containing the pill powder and use that instead of the medicine cup, but you just throw away the top cup, which is wasteful.  The bottoms of the cups are “wavy” and the pill powder often gets stuck in the waves and it takes awhile to stir it all up.  The cups cost about 5 cents apiece, and you need to use 2!  If it were just one, it would be okay since you would have had to use a med cup anyway.  Cost: About $200-300 plus the cost of cups.

If they’d kept the mortar and pestle in the med room, I’d just continue to use it, but they got rid of it.

“Gina” is an intensive care nurse who blogs at code blog – tales of a nurse.

Why medicine needs new schools to drive innovation and change 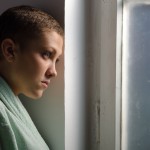