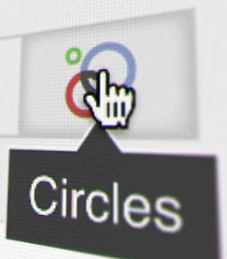 I haven’t received an invite yet, so I don’t have first-hand experience with the service.  But reading the major tech blogs’ take from Engadget, TechCrunch and Mashable, you have a pretty good idea of what to expect.

What should doctors know about about Google+?

Obviously, this is Google’s last, best attempt to combat Facebook’s dominance.  It features the Google+ Stream, which is similar to a Facebook news feed, which in itself is similar to a Twitter feed.

So, how should physicians handle Google+?

Similar to the way doctors should use Facebook.  I’ve recommended in the past that physicians maintain two profiles, a personal one to share only with close family and friends, and a professional page that is open to the public.  As far as I can tell, Google+ offers no such personal-professional differentiation.  So if you join, it’s imperative that your pictures and personal content be well-vetted before you post.  Since this is a Google product, there’s a greater chance that what’s found on Google+ will be indexed in the search engine.

Google Circles has the potential to be that application to isolate your professional identity (you can selectively share content with different groups), and physicians need to be vigilant in using that feature.  For now, be careful about what you put on your Google Profile.

Whether Google+ succeeds is obviously up in the air.  But initial impressions look good, unlike Google’s failed social attempts with Google Wave and Google Buzz.  I appreciate the emphasis on privacy, which may be a feature that sets it apart from Facebook.

But a social network is only as strong as its audience, so Google+’s future will depend on whether it can draw users away from Facebook.

The success of Google+ in medicine hinges on that question.

Update: I used Google+ today and had a good first impression.  Google Circles may be the reason why Google+ may be for right for doctors.

Patients are often intimidated and confused by the medical experience

Reverse our attitudes and values to control health costs

Google+ for doctors, and why physicians should be careful
7 comments