A man discovers an unsettling sight during a bathroom visit. It leads to a sequence of rapid medical events with laggard resolution.

“Jillian Palmer” is an independent bakery chef. She shares a sample-size blueberry pie with a personal friend, “Jack Timbal.” His family has purchased many large pans from Jillian before with much appreciation. This small pie is large enough for three servings.

Despite cutting back on desserts in recent weeks, Jack has one serving of blueberry pie on Thursday evening. The next morning, he finishes the remainder with coffee in lieu of breakfast. The fruit isn’t too sweet, he reasons, so it is a somewhat healthy option.

Later in the evening, while visiting the toilet, a dark stream of urine startles him. The first thought is that the blueberries may be tinting his urine. Online research confirms the possibility. The discoloration continues for three days, accompanied by abdominal griping. So Jack reports the symptoms to his 24-hour concierge medical care team accessible through a smartphone app.

Jack: “After eating blueberry pie, my urine has been brown. When will it clear up?”

Care Team: “Thank you for contacting us. How long has this been going on? What other symptoms are you experiencing?”

Jack: “Almost three days. There is some abdominal griping. This has never happened before. I’ll upload a photo of the dark urine.”

Care Team: “How much water are you drinking?”

Care Team: “It would be good to double that and come in for a full workup.”

Jack: “All right, I will schedule an appointment this week.”

Care Team: “Great. Let us know if there is any change in your symptoms.”

The monthly flat fee for concierge medicine includes unlimited doctor visits, lab tests, and online consultations. A medical assistant checks Jack’s vitals during an in-person visit before drawing blood and retrieving urine samples. By now, the dark cola-like appearance is intermittent and not evident within the sample. Jack drank a liter and a half of water within a couple of hours prior to the visit.

From the blood draw, the lab will check metabolic function, including liver and kidney health. Minutes later, a medical doctor enters the exam room with the results. The preliminary urinalysis reveals the presence of excessive blood and protein. Though the other labs will take a day to process, this concerns the doctor enough to inform Jack that he needs to see a urologist as soon as possible to assess possible kidney stones and rule out bladder cancer.

In addition to the concierge medical team, Jack just switched to a new health maintenance organization (HMO). This means that referrals to specialists must go through the primary care physician (PCP). With his PCP unavailable for another month, Jack schedules an appointment with the first available physician assistant (PA). In some states, a PA may prescribe medication but generally works under the supervision of a medical doctor.

During the week leading to the appointment with the PA, the concierge medical care team makes frequent inquiries on Jack’s well-being. They determine the blood is not the result of a urinary tract infection (UTI). The care team sends a report with a urologist referral recommendation to the PA in advance of the appointment.

As a new HMO patient, much of the first visit with the PA involves recording medical history. Jack emphasizes that an urgent referral should be available. After a discussion on the merits of concierge medicine, the PA reviews the report from the concierge MD and lab results. She issues a non-urgent urology referral — preferring to draw her own conclusions based on internal lab tests.

Jack receives non-urgent referrals for complete urinary tract CT scans (urogram) along with ultrasounds. The first available urogram appointment is a month away. A urologist appointment is more than two months away. The PA suspects that the symptoms may be the result of a UTI. Jack’s concierge care team had ruled that out a week earlier.

Microscopic urinalysis reveals high levels of both red and white blood cells. Protein, which should be absent, measures 300 mg/dL. No bacteria is evident within the urine culture. A test for cancer cells within the urine is negative. The griping Jack feels is lower than his stomach and often corresponds to a consumption of protein.

The PA believes the next course of action is to rule out kidney stones and follow up with a nephrologist visit. Ultrasound and urogram will provide a clear picture of internal organs. But now it’s the holiday vacation season. Having ruled out a UTI and cancer, persistent symptoms appear less important. Jack must wait for the urologist appointment without a clear diagnosis, still months away to provide answers. The concierge doctor requests a copy of medical records to provide further guidance.

From this experience, many questions arise. Does an HMO hinder the efforts of concierge doctors to address patient needs? Did the physician assistant downplay third-party physician recommendations? Is there any benefit to concierge medicine? How would you like to see this concern addressed in a manner that benefits the patient?

The difficulty in coming home: What doctors and soldiers have in common 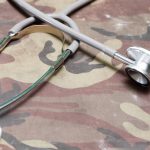 Does an HMO hinder the efforts of concierge doctors to address patient needs?
3 comments