In 2010, a landmark study from Princeton was published “proving” that money just doesn’t buy happiness. Study participants were asked to compare their emotional well-being from yesterday to today, and it appeared that making more than $75,000 a year didn’t lead to concurrent increases in well-being. Since then, Americans have been flooded with the psychological opium of mindfulness, yoga, and leaning out, urging contentment instead with the status quo. In this column, I’d like to humbly suggest some rather radical concepts: Perhaps paying off your student loans early isn’t in your best interests, and neither is dumping all your disposable income into multiple 4xx(x) tax-deferred vehicles. This article is all about using the physician’s higher-than-average income to buy something that truly leads to happiness: early financial independence.

There is no doubt that money alone cannot fix marital strife, depression, or despair. And yet study after study has demonstrated that what leads to greatest happiness are life experiences, family and friends, giving, and self-improvement or continuing education. Is it reasonable to think that we’ll be capable of an ever-lengthening bucket list at the ripe age of 65 or even older? More importantly, is the balance between our careers and being present for loved ones like partners, children, and parents where it needs to be?

Financial independence can be defined as having enough income saved or flowing in passively to pay yearly living expenses without the necessity of direct employment. A financially independent physician can look more holistically at their career, choosing to forgo a higher-paying situation with heavy clinical hours, weekend work, and call duties for a predictable schedule that leaves time for research or education. Financial independence also puts physicians in a position to advocate more strongly for their patients and profession without the fear of job-related repercussions. The burnout epidemic that is currently sweeping America is directly related to an inability to say “no“: no to excessive documentation and paperwork, no to administrators, no to departmental politics, and no to production pressures that depersonalize both patients and doctors.

However, the income of a typical anesthesiologist today simply is not enough to provide for a decent home, above average vehicles, reasonable vacations, student loans, child-rearing/education, 401(k) investment, some material purchases, and save enough to become financially independent early whilst maintaining the above-mentioned lifestyle. Only movie stars, top professional athletes, and famous musicians bring in such a disproportionate amount of money relative to their direct hours worked that they can proceed directly to “go” and retire or scale down significantly early should they choose. What do all wealthy individuals in the world have in common when it comes to generating income? They make money in their sleep. They make it in the shower, when they are 30,000 feet in the air, or when they’re watching their daughters play polo in the Hamptons. Where they are not is in their offices working. It’s called passive income, which is a bit of a misnomer incidentally, because while of course some work is required, the amount of effort input is vastly less over time than the financial benefit gained.

The conventional financial plan espoused to the American public goes something like this: pay off your student loans as fast as possible, max out your 401(k), contribute to your kid’s college fund, live within your means, and save something for a rainy day. Higher earners like physicians are urged to contribute to additional tax-deferred retirement vehicles like a 457(b) and back-door Roth IRAs. The problems with this strategy are many, starting with opportunity cost. Your average U.S. medical student owes around $250,000 in debt, at 4.5% interest. Let’s say that Amir quickly pays off his loans in 10 years, while Yareena takes 30 years to pay off, but buys a basic, single-family home every year with the excess. Assuming the standard 5% annual real estate appreciation and a conservative net cash flow of $350 per house per month, take a look at figure 1. In 10 years, Yareena’s investment is now worth almost $300,000 gross, and close to $100,000 if you subtract out what she still owes on her student loans. Meanwhile, not only did Amir’s “investment” make zero dollars, his effective interest rate likely approached zero: that’s right, economics 101 inflation reduces the time-value of money and therefore favors borrowers.

The conventional strategy also suffers from a lack of diversification. Whether in stocks, bonds, or mutual funds, everything you’re saving is in the market. Never did this become more apparent than during the Great Recession of 2007. Forty percent of retirees lost more than 5-10% of their wealth, 5-10% were forced to continue working rather than retire, and 7-10% were forced into retirement because of lay-offs. The impact on the near-retirement working population was far worse: 50% were predicted to be unable to maintain their standard of living once retired.

Finally, there is just one benefit to tax-advantaged, deferred-withdrawal investment vehicles: your money grows tax-free until retirement. Even dividend-producing stocks inside IRAs cannot be withdrawn early without penalty. Contrast that with real estate, for example, which comes with at least four huge benefits: tenant-paid loans, land and property appreciation, multiple-avenue tax write-offs, and cash flow right now. You want your living wages to work for you, not the other way around.

For all the up-and-coming new graduates with 30 years of work in front of you, where do you see yourself in 15-20 years? As you observe your 55+ senior colleagues, do you still want to be taking call, working 1.2-2 FTEs, desperate to get off early that Tuesday or Friday so you can make a life event? What about our mid-career physicians, has medicine lived up to its promise for you? Every day as physicians provide painstaking superlative care, the health care system depletes your ego and empathy. At the same time, the hospital CEO and their cronies rake in 7-plus figure salaries and tell you to do more with less. Early financial independence may be the key to leveling the playing field. 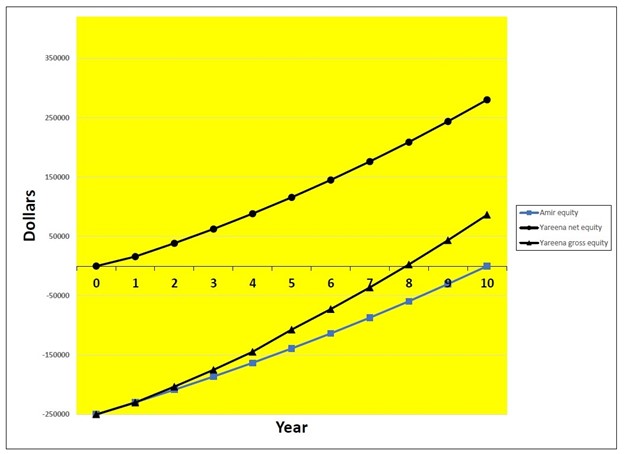 Khaled A. Dajani is a pediatric anesthesiologist. 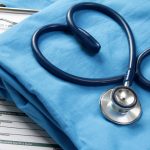 I see you, COVID