With a combined market cap of more than $2 trillion, technology giants Google and Apple are placing big bets on disrupting the $3.6 trillion health care industry.

Earlier in the year, Apple CEO Tim Cook repeated a claim that “there will be a day we look back and say Apple’s greatest contribution to mankind has been in health care.” Meanwhile, Google Cloud CEO Thomas Kurian wrote in September that “we can transform health care and improve lives.”

Based on their past innovations (and earnings), there are very few things Apple and Google can’t do. One of those things, I predict, will be transforming health care.

Three announcements suggest that Google and Apple stand to make a lot of money on health-related products and services. But none of their recent acquisitions or consumer plays will make a substantial impact where it matters most: On the quality and cost of U.S. health care. Here’s why.

Everyone knows fitness trackers are big business. Nearly half of Americans (49%) own one and, by 2022, the U.S. wearables market is expected to grow to $27 billion with 137 million units sold.

That’s partly the reason Google acquired Fitbit for $2.1 billion last month. And if the deal survives an upcoming DOJ probe, Google could see a very healthy return on investment. But if you think Google is making this acquisition to solve the U.S. health crisis, think again.

A recent review of six studies found “there was little indication that wearable devices provide a benefit for health outcomes.” Other research indicates a third of people stop using their wearables within six months.

None of this should surprise us. If you look closely at what these devices actually do, you’ll see they serve three basic functions. They can calculate our steps, but so can our smartphones or a $5 plastic pedometer. They also measure heart rate, but so can you by applying a finger to an artery, counting your pulse for 15 seconds and multiplying the number of beats by four. Finally, they tell users how well they slept the night before. Impressive, but then again, do people without trackers not know how well they slept? And if the device does successfully inform a user of a poor night’s rest, what does it do to make the next night better?

Despite their limitations, wearables remain successful. That’s because they solve an important problem, albeit not a health care problem. The issue these products address is called the “December Dilemma.” You’ve probably experienced it: Christmas or Hanukkah is coming up, and you want to give your loved one a cool gift (between $100 and $200) that shows how much you care. Wearables solve this problem, just like inline skates did in the 1990s (even though half the recipients never opened the box again after December 25).

This acquisition is doubtlessly a consumer play, designed to connect Google’s many products and services with Fitbit’s 28 million users. In consumer tech, volume is money: The more often consumers come to your platform, the more opportunities you have to sell.

The relatively upscale demographic of wearables wearers could greatly expand Google’s market position, even if the product itself never saves a single life.

2. No major tech company is willing to accept medical liability

Last month, Stanford researchers published an Apple-sponsored study in the New England Journal of Medicine, confirming that “optical sensors on wearable devices can detect irregular pulses,” a problem referred to by doctors as atrial fibrillation (AFib), which can lead to stroke.

This is a potentially valuable finding given that as many as 6.1 million Americans might have the condition. But there was a lot wrong with the research, and the potential implications on patient health are worth noting.

Let’s start with the demographics of Apple’s self-described “groundbreaking health study.” Over an eight-month period, the company recruited more than 419,000 iPhone and Apple Watch users. The majority of enrollees were under 40 years of age. Only 6% were 65 or older. That’s the first problem because, as pointed out in an associated NEJM editorial, this group of people “may be the opposite of a desirable age profile for a study of atrial fibrillation.” Currently, only 2% of people below age 65 have AFib compared to about 9% of people over 65.

Of those who opted-in (via an app), 0.52% received notifications of an irregular pulse. Of them, only 1 in 5 (450 people total) followed the next step in the study: receiving an electrocardiogram patch in the mail and sending the data along to Apple. This very low opt-in rate was the second problem.

Finally, there’s no way to know how many of these 450 people already knew they had AFib. And that’s problem number three. If Apple wanted the study to be groundbreaking, it wouldn’t have excluded people with known AFib, it would have designed it for them. And it would start building applications to help them, medically.

The study’s design protected Apple, legally, because the company didn’t have to worry about what would happen if its heart-rate monitoring function occasionally failed to spot AFib. No one would know. And if a potential problem was spotted, all they had to do was notify the person and send the electrocardiogram patch to avoid liability.

Now, let’s talk about how the watch could be more useful. Patients with AFib often take medications to regulate their heart rate. It would be both technically feasible and tremendously beneficial if the watch told these patients when their medication is working (and everything’s under control) vs. when it’s not (and they need to consult a physician). But that would create potential legal risks if the product malfunctioned or provided inappropriate medical advice.

A company the size of Apple is loath to put itself in such a financially precarious situation, even though it could transform health care delivery and save lives.

This type of monitoring device and patient-enabling software is what our nation needs, not just for those with AFib but also diabetes, asthma, and a host of other chronic conditions. If Apple wanted to make the “greatest contribution to mankind,” it would aggressively move into each of areas of monitoring. Alas, it won’t.

According to a recent report in the Wall Street Journal, Google’s cloud division recently entered into a secretive agreement with Ascension, one of the nation’s largest hospital systems. Together, they began collecting and crunching the personal-health data of 50 million patients across 21 states—a collaboration code-named “Project Nightingale.”

Google has refused to comment on how it will use the data or what research function it will serve, but executives at Ascension promise the data won’t be used to sell ads. Google concurs, emphatically denying it will compromise patient privacy.

It’s worth noting that this clandestine exchange of identifiable patient data is 100% legal. The Health Insurance Portability and Accountability Act (HIPAA) of 1996 “generally allows hospitals to share data with business partners without telling patients, as long as the information is used ‘only to help the covered entity carry out its health care functions,’” according to the Journal.

The law is silent, however, on the issue of whether companies can use the patient data to develop and sell new products. After all, without the 50 million Ascension patients (who never gave Google permission to access their personal health information), Google couldn’t develop commercial consulting tools for others.

This is an ethical gray area, one that has put industry watchdogs on high alert. They note that health care is a very different kind of service than search because of dramatically different user expectations, fears, and risks.

When it comes to internet search, there’s an implicit quid pro quo. In exchange for getting answers to questions at no cost, users give Google permission to sell their data to corporate bidders.

Health care is different. When patients receive care, they pay for the services rendered, either directly or through private insurance. So, if someone were to benefit financially from their medical information, shouldn’t they get a cut?

It turns out there’s precedent for this ethical quandary. Back in the early 1950s, Henrietta Lacks went to Johns Hopkins Hospital to have a tumor removed. During surgery, doctors took Ms. Lacks’ cells without knowledge or permission and cloned them for generations of research projects. Today, vials of her cells continue to go for up to $10,000. Meanwhile, her family continues to fight for ownership rights.

A decade ago, Google launched personal medical record service that promised to help patients gain control of their medical information. Patients didn’t trust the tech giant back then, and the effort shut down within three years.

As the company faces another federal probe, this time for its deal with Ascension, Google is learning how difficult it is to acquire and profit from medical data. Faced with this reality, I predict that instead of transforming care delivery, Google will end up tinkering at the edges.

Google and Apple, along with Amazon and Facebook, have dollar signs in their eyes as they look at the size of the health care industry. As they see it, all 330 million Americans are patients and potential customers. Their respective platforms—be it a smartwatch or a speaker or an online marketplace—are all potential pathways toward making hundreds of millions off of health care.

But despite lofty promises, it’s doubtful their products will transform American health care.

It’s not that they couldn’t. Big tech firms have the engineering and technical know-how to create powerful health care tools. But they won’t be willing to take the risks involved or able to access the patient data required.

Palliative care during the pandemic [PODCAST] 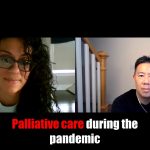 Why spiritual health is so important for medical students 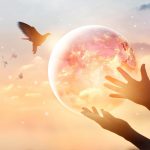