What labor struggles do a grocery worker, custodian, and doctor in the United States have in common? A few months ago, many people’s answers may have been – not much. But ever since the COVID-19 pandemic hit, our shared challenges are becoming ever more apparent.

The pandemic is revealing that physicians, under our current for-profit medical system, are workers. Doctors are being expected to labor in dangerous settings for long hours and without appropriate protective gear. Health systems continue to prioritize their bottom line over workers’ lives.

Although more apparent now, the exploitation of doctors is not new. In fact, Marx, writing the Communist Manifesto in the 19th century, viewed physicians as members of the working class: “The bourgeoisie [i.e., wealthy members of the upper class] … has converted the physician … the man of science into its paid wage laborers.”

It may sound strange to call doctors “working class,” given their relatively high incomes and prestige. However, under capitalism, doctors, like other workers, are compensated for only a portion of the true value of their labor. The surplus value — or the difference between the true value of their labor and what they are paid — becomes profit for the bourgeoisie. This holds true even for physicians who are self-employed physicians or in the public and nonprofit sectors since they remain beholden to the insurance, pharmaceutical, and medical supply industries.

Consequences of this exploitation include working long hours, sacrificing time with family, and alienation from the true practice of their craft (i.e., being forced to squeeze patient care into short 15-minute visits), ultimately resulting in high rates of burnout and suicide within the profession.

The “professionalization” of doctors helps conceal these processes of exploitation, obscuring them from the public eye and even from doctors themselves. Most doctors ideologically align with the bourgeoisie and believe they have escaped the working class. This mentality, ironically, can actually lead to a double exploitation. In addition to the siphoning off of their surplus value, many doctors voluntarily work longer hours and take on extra tasks out of a sense of professional obligation.

This “professionalization” also alienates physicians from their fellow workers. A tiny percentage of physicians across the country are unionized, even though the majority are employees at health care institutions. And physicians are among the least politically active groups, voting at much lower rates compared to other comparable professions and being less involved in community organizing spaces.

Now, the veil is being lifted. It’s clearer than ever that the dangers doctors face are shared with all other health workers. Corporations, not health workers, hold the reins to decide how essential supplies are produced and distributed. And doctors are realizing that their ability to survive the pandemic is linked to all essential workers, including farmworkers, grocery, and postal employees.

This opens up a wealth of opportunity for cross-sector solidarity. Health workers of all stripes are joining together in the fight for occupational protections and testing, led in large part by the powerful organizing of nurses’ unions. Physicians can also join with other worker-led movements to combat job loss, evictions, incarceration, and deportations during COVID-19, and to fight for adequate protections for all essential workers. Recognizing the material reality of our higher wages and relatively secure jobs, we can redistribute our earnings within our communities and/or offer clinical skills directly through mutual aid programs.

In joining together as workers, we gain power not only to support each other, but to topple capitalist health care. The current system prioritizes profits overhealing and has resulted in a decimated public health infrastructure unable to adequately respond to the current pandemic. Furthermore, triaging who gets ventilators and who gets tested is perpetuating the racism, sexism, ableism, and transphobia that thrive so well under capitalism.

All workers now have an opportunity to envision what a new health care system could look like, organized around community self-determination, rather than the profit motive. According to Marx, to achieve true revolution, the working class has to seize the means of production; in this case, the structures and resources of health care. What would that look like under COVID-19? How can we start creating material shifts? How can we draw from models outside of the US to get us closer to that goal?

These are scary, disorienting, and often tragic times. The life of the capitalist system is prioritized over our lives and the future of the planet. In addition to responding to the immediate needs during the pandemic, we hope that doctors take this moment to critically examine our position within capitalism and commit to worker solidarity. It is only together that we can collectively combat not only the pandemic, but the global threats of capitalism. We must join our fellow workers in building towards a more equitable future on the other side of the coronavirus.

Juliana E. Morris is a family physician. Simon Ma is a medical student.

How coronavirus took my grandfather’s life 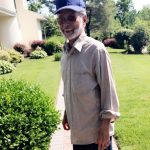 Empathy in the age of misinformation