I want to make this simple so that politicians can understand. Our country will never survive this pandemic without centralized quarantine and widespread testing. This is not the flu, and our current policies and lack thereof will result in millions dead and economic disaster.

What is centralized quarantine? Every person who is tested positive must go to a government-designated housing location and not leave until they are no longer infectious. They are housed, fed, monitored, and paid for their time. Currently, when individuals test positive for COVID-19, they are sent home to infect their families, possibly friends, neighbors, people next to them on the bus, and at the grocery store.

You can be certain that the average American has no idea how to self-quarantine for two weeks or more, especially when they feel well. We know from a recent article in Science that almost 80 percent of symptomatic COVID-19 cases were contracted from “silent spreaders,” i.e., people who are infectious but who generally feel well. The only way to reverse the curve and see a downturn of cases is to increase testing and quarantine those we know are infectious.

We have been ignoring the data out of China. If you look at the attached incidence graph, you will see that the US is currently on the first part of the graph, the exponential growth portion of the curve. This portion of the graph represents the period at the beginning of the epidemic where each Chinese citizen with the disease was infecting 3.88 other individuals. After the Chinese government instituted a traffic ban, lock-down, and home quarantine, they were able to “flatten the curve” and get the transmission rate down to 1.25 people. But they quickly recognized that was not enough, because most of the population would still become infected only it would take longer. As such, the Chinese government rapidly instituted centralized quarantine. This resulted in the transmission rate decreasing to less than one (0.32) person. The incidence of the disease then decreased, and their economy was able to re-open. Just last week, they have reported no new infections.

Our current policy of staying home and flatten the curve will still result in most of our population becoming infected just slower. In the U.S., that would result in the death of approximately 3 to 10 percent of the over 65 population. There are 50 million Americans over the age of 65 in grave danger. Some 5 million may die. While these Americans are dying on a ventilator for weeks in the ICU, no other American will be able to obtain adequate healthcare, and we will see a drastic increase in death rates for all other illnesses. The hospitals will go bankrupt along with several other industries. This is the current trajectory of the flatten the curve policy.

There must be swift, decisive leadership now. The Chinese were able to control COVID-19 in six weeks with quick, decisive action. Our economy and societal structure can withstand a 6-8 week downturn. It cannot withstand a 12-18 month downturn sure to occur with the current policy of stay home and flatten the curve until a vaccine is created. All Americans, and especially all physicians should be screaming for increased testing and centralized quarantine. Without it, we are doomed to repeat the errors of the 1918 flu pandemic where some 50 million died. 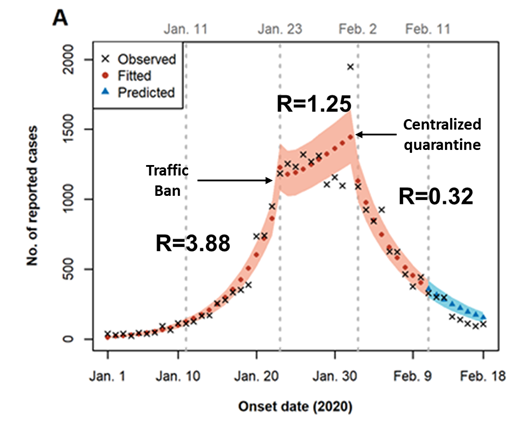 COVID-19 has us on our knees

This doctor was called a bitch at work. Here's what she did next. 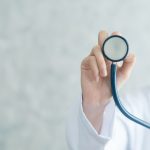 Is centralized quarantine in our near future?
2 comments