Last year the American Association of Nurse Practitioners announced a $2 million campaign to further expand independent practice, which they already have in 22 states. The relatively new doctorate of nursing (DNP) has led to a confusing scenario where nurses are indeed doctors, just not the kind you think of when you see a white coat. The profession (well, its money-making institutions) has fought hard to keep people confused.

Doctors are skeptical, arguing that midlevel clinicians do not have the training or experience necessary to practice independently. A new attending physician has completed over 20,000 hours of clinical experience, while a new DNP needs only 1,000 hours to graduate. (Though until recently most high-level nurses had years of experience before pursuing advanced degrees.)

American doctors spend four years in undergrad, four years in medical school, and at least four years in residency. That is twelve years of schooling beyond high school. These are young people who have given up a huge chunk of their youth to become doctors. They spent their twenties in libraries instead of bars. They sacrificed relationships, family, and sunlight.

Alongside the rise of midlevel clinicians is a more fundamental question about medical education. Do physicians really need to conquer such a tough training regime to become excellent providers?

If midlevels are not providing equal care, they should not be practicing independently. If they are, then the intense training of primary care doctors could be a waste of time and resources.

Most arguments in favor of midlevel competency point to a growing body of studies. Opponents argue that these studies are not robust and thus not reliable. I happen to side with the second camp, but poorly devised studies do not necessarily mean that midlevels are not acting on par with physicians.

The studies are not asking the right questions.

There is little doubt that some seasoned midlevel clinicians provide patient care equivalent to, if not better than, the care provided by physicians. It’s an hours game. Doctor-craft is an exercise in pattern recognition supported by a strong knowledge base. When new residents come on the floor, they are undoubtedly better providers than newly minted nurse practitioners. They have significantly more clinical experience. Compare that same resident to a practitioner who has spent a decade in medicine, and you’re likely to come to different conclusions.

It is experience and knowledge that create an excellent clinician. This doesn’t necessarily correlate to hours spent in the classroom.

What does this mean for physician education?

Last year I had the pleasure of sitting on two curriculum reform committees at my school. One was a student committee, while the other included a healthy mix of students, administrators, and clinicians. As we debated pass-fail, attendance policies, and remediation opportunities, two things became clear.

The first was that everyone at the table was genuinely interested in helping students become excellent physicians. The second? We were operating under a rigid institutional framework, such that even a full curricular overhaul at the medical school level would leave the greater system of medical education entirely intact.

A naïve proposition, completely disregarding the political and special interests that have shaped and continue to shape our health care system, might tackle the medical school debt problem and physician wellness alongside our doctor supply problem.

If the level of classroom knowledge necessary to become a physician is adequately represented by board exams, why does a student need to be associated with a medical school to take these exams?

Let students decide for themselves how to master the classroom side of medicine. They can attend medical school, train as a nurse, or tailor their own study scheme. With board scores in hand, let them apply for the experiential education – residency – that truly transforms a student into a physician.

The residency position shortage would still be an issue, but with applicants entering on-site training without overwhelming debt, any number of solutions might be implemented.

Imagine a health care system where young would-be doctors study for the boards during their undergraduate years perhaps even enrolled in a newly formed pre-med curriculum to help them succeed. Upon graduation, they take the boards – Step 1 and 2 – and apply to residency. This is pseudo-med-utopia, so the match is no more.

Hospitals solicit and hire intern-resident-apprentices just as they would in any other market. They choose their own pay scale. Perhaps the more prestigious hospitals don’t pay at all, while rural placements offer a basic living wage. Medicare is not subsidizing these wages, and the number of residencies naturally fluctuates according to need.

More physicians are trained than ever before. Their wages fall, but they don’t care because they have moderate debt and work hours that leave time for family, friends, hobbies.

It is only one version of a system that would work better. There are as many alternatives as there are people to imagine them. Basically, anything that hasn’t been hashed together over years of special interest compromises between rent-seeking organizations would be better than what we have today.

Certainly, all providers would be held to the same standards. This much we should be able to accomplish.

Midlevel providers should be held to the same standards as physicians if they are to practice medicine independently, but midlevels aren’t the problem. Their rise is a natural consequence of our broken physician training pipeline. It doesn’t work for doctors or for their patients. Physician education needs an overhaul that will break down barriers to entry, tackle the physician shortage, and address burnout.

These three things are intractably intertwined, so one simple solution could make a big difference. If only we could convince the institutions of medicine – those that prop up MDs, DOs, NPs, and every other would-be ivory tower provider — that patients are more important than profits.

Erin Wildermuth is a medical student.

A physician's career as an opioid prescriber and addict 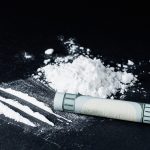 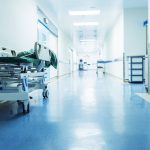