Literature surrounding the effects of social isolation and loneliness for older adults is no longer lacking. Studies and articles outlining the dreadful consequences of these epidemics have even pierced large media outlets like Time magazine, where they emphasize how one in three older adults are lonely.

While any attention brought to the fact that the age group containing people age of 85 and up is the group with the highest suicide rate or to the idea that experiencing social isolation has been shown to increase the mortality for older adults by 29 percent, the humanity of the situation remains masked. How can statistics provide the same emotion as not feeling seen or heard for days, weeks, and even years on end?

As a hospice volunteer, I have noticed that not only were all of my residents suffering from their medical conditions, but they were socially miserable. Apart from my weekly visits, they could go days without any interaction apart from the aids and nurses giving them food and medications. They were trapped inside a building, and many times just a room, that they could not escape from. Worst of all, they were trapped in their own minds that they could not escape from. I wanted to empathize with them, but I had no way of fathoming what emotions they were feeling.

Therefore, in a simple attempt to understand what it was like to be socially isolated and lonely like the millions of older adults in the United States, I tried a day of separation. On this day, I did not talk to, text, email, or communicate with anyone. I did not listen to any music or videos. I attempted to stay in my room as much as possible, and even when I left my room, I would not leave the building.

Simply put, I felt suffocated the entire day. There was an innate desire to make sounds, hear something, interact with any stimulus, but there was nothing. As humans, we are naturally social beings, and being deprived of this communication with the world was unbearable. Whether the instinctual desire to communicate evolved due to a survival technique or is encoded by our genes, we crave communication. Therefore, the monotony and boredom of the situation was overwhelming. Even opening the window to hear the faint sounds of other humans felt like a blessing.

While I felt exhausted, I know my situation still did not accurately mimic the situation of isolated and lonely older adults. I used my laptop and phone. While there was no sound, and I could not use my body and others to release the suffocating grip, I could still attempt to distract myself. I was capable of moving myself freely and could try to engage in exercise. Through this personal experiment, past studies on human isolation where individuals can choose to shock themselves rather than be stuck alone with just their minds began to make sense. However, many older adults do not even have that option for stimuli. They are unable to move freely. This causes consequences of isolation and loneliness to be particularly devastating for them.

These simplifications are still overruled by one factor: the willingness to be isolated. In my attempt to understand the human aspect of loneliness, I voluntarily engaged in this act. I knew when I started and when I would end as well as all the time at all points in the day.. However, what about older adults? Many of these individuals in long-term care facilities have no sense of time, date, or day of the week. Older adults rarely opt-in for the situations that bring about social isolation and loneliness, and this inherent helplessness amplifies their negative emotions and feelings.

While studying the effects of these epidemics is important, I urge everyone to connect with the humanity of the situation. Try out a day of separation and see first-hand how what so many older adults face every day. Feeling and understanding this the various facets of social isolation and loneliness is the only way we will be able to relieve the suffocation for our older adults.

Harsh Moolani is an undergraduate student. 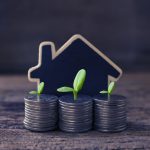 Show your staff you care. Here's how. 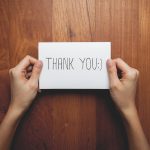