Earlier in June, the U.S. Food and Drug Administration (FDA) won a major legal victory by getting an injunction to prevent Florida-based US Stem Cell Clinic from offering its treatments. The company claimed to create stem cells from patients’ body fat and use these to treat a variety of serious illnesses, including Parkinson’s disease, ALS, and chronic lung disease. This company is just one of many that have sprung up like weeds offering unproven and generally ineffective treatments to desperate patients.

What are stem cells? Most of the cells in our body have only a single specific job they can do. Heart muscle cells contract and let the heart pump blood around. Bone cells provide the scaffolding that keeps us upright. Red blood cells carry oxygen around our body. None of these can do the job of the other. We do, however, have less-specialized cells that carry the potential to turn into different kinds of cells, and these act as a reserve to repair injury and replace dying cells in many tissues. True “stem cells,” derived from embryos, can become any type of cell, but there are many more partially-developed cells that can turn into some but not all kinds of cells. The best-known are so-called “mesenchymal stem cells,” more properly called mesenchymal stromal cells. These cells reside in the bone marrow, fat, liver and muscle, and can turn into bone, cartilage, and fat cells. They are known to contribute to the repair of damaged tissues. There is a huge amount of research looking at whether and how these cells can help alleviate human disease. As of last fall, 939 trials were registered with the NIH, the largest number (218) looking at their potential to help neurologic disease. Since mesenchymal stromal cells cannot become nerve cells, it is not certain why they have shown promise in some studies, though one guess is that they donate their mitochondria (the energy producers of the cell) to damaged nerve cells.

Mesenchymal stem cells used in trials have been obtained from bone marrow, fat, and umbilical cords. Many of the trials have shown promise, but most have been done in mice, or in a very small number of people. Scientists studying this feel it is a long way before they can be considered as proven useful for humans. This, of course, never stopped a dedicated scam artist. In 2017, there were at least 700 “stem cell clinics” advertising to consumers. They were claiming to be able to cure arthritis, heart and lung disease, erectile dysfunction, Alzheimer’s disease, ALS and macular degeneration, among many other conditions. When asked, the purveyors of these treatments do not point to any trials but to “numerous success stories,” akin to a trip to Lourdes. The most common source of the “stem cells” used in these clinics is birth tissue, usually obtained by mothers who have no idea what their donation will be used for and who are not compensated for their donation. This makes it easier to convince the sufferers than if they had to have needles placed in their bodies to obtain fatty tissue samples or bone marrow cells. It must be noted that when researchers have been able to look at the products sold to the stem cell clinics, none have contained the number of live cells they claimed.

The ”practitioners” at these clinics often blur the distinction between true embryonic stem cells and the mesenchymal cells they use, claiming that their “stem cells” can turn into any tissue needed, which is clearly untrue. Up until recently, there has been little or no oversight of these clinics by the FDA, but hopefully, that is changing. In the meantime, as your daddy used to say, “if it sounds too good to be true, it probably isn’t.” Save your money. 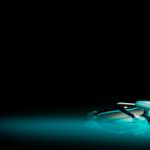 The power of advocacy: How doctors can be empowered physicians 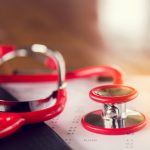