I sat knee-to-knee with a nurse practitioner at a school-based clinic in rural Ohio. Choking back tears, she described a patient she couldn’t get out of her head: a middle-school girl, accompanied by her mother and a social worker. Just days prior, the girl was dropped off at her father’s home for the weekend. Before the promised Friday night football game, she discovered him unconscious on the bathroom floor. Within the hour, paramedics were laying a sheet over his body. Another victim of an opioid overdose in a region of the country that has been devastated by the epidemic.

That was only part of the story.

As I spoke with the NP, she described the girl entering the exam room as listless and distant. Mom was shouting at the social worker and insisting it was a “good thing” the girl’s father was “finally” out of the picture. Her daughter would get over it, she said.

The NP noticed the girl furiously scratching the back of her head. She lifted the girl’s hair to examine her scalp.

Lice. Hundreds of nits covered the girl’s head, with spots rubbed raw and scabbed over. She had likely had them for weeks, maybe longer. The girl looked down at her feet in shame. Her mother, picking up on the encounter, eyed her daughter with disgust.

“And just like that,” the NP said, “the mother left. She just left. She couldn’t stand to look at her own daughter.” She began to cry.

“How do you process that?” I asked.

Through sobs, she said she doesn’t. It just stays with her. For herself and colleagues like her  —  soldiers in the trenches of our nation’s health care system  —  she says, “It hardens us all. It’s the poverty, brokenness, the addiction, and the inequity and the hate. But what can we do? The public won’t act, so we have to.”

Her story is no different than hundreds I’ve listened to over the course of the year — along the southern border, in community health centers, in prisons, on Native American reservations, in the hallways and exam rooms of some of the most esteemed academic medical centers in our country.

I listened to these stories as part of my work with Primary Care Progress, a national nonprofit working to strengthen primary care teams and clinicians. As I spoke with several health care providers about the realities of their work, I expected to hear the usual concerns: the rise of the electronic medical record, cumbersome administrative burdens, the frenetic pace and long hours. These pain points certainly came up.
What I didn’t expect to discover, however, was our own central role — my role as a patient and member of the public — in so much of their professional trauma. Burnout is a real issue, and we’re contributing to it.

It’s easy for those of us on the outside the burnout epidemic to wonder why professionals so skilled at healing seem unable to heal themselves.

Indeed, who among us doesn’t feel overworked and undervalued?

Take, for example, the brutal shooting in Thousand Oaks, California. In a hospital waiting room, a trauma surgeon changed her bloodied scrubs. She stood in front of a bathroom mirror to rehearse the name of a victim so she didn’t accidentally say the name of the one she worked on an hour earlier. Then, donning her starched white coat and well-trained detachment, she met with the family to notify them that their 22-year-old son was dead. Her team had done all they could. She was sorry. Later that day, she mourned the deaths. Alone.

Days later, a row between the National Rifle Association and health care professionals ensued over the NRA’s remarks that doctors should “stay in their lane” when it comes to gun violence. Providers hit back with a powerful, viral social media campaign to draw attention to their critical role in treating victims of gun violence.

While the NRA and clinicians nationwide debated the issue, an important point was missing from the dialogue: Gun violence shouldn’t have to be physicians’ responsibility; preventing it should be in the public’s responsibility.

Yet there are countless ways in which we — the public — abdicate that responsibility, instead putting the onus on clinicians to treat victims of our hate, our neglect and our bigotry.

At a recent visit to a community health center in suburban Seattle, I asked a group of doctors to share the best part of their week. One clinician noted that after days of negotiating with a local power company, she was able to get her patient’s electricity turned back on. “It was important,” she said, “because she’s on medication that requires refrigeration.” Another glowed when talking about the clinic’s new food pantry that had opened to serve its food-insecure patients.

All that is laudable — and an absolute travesty. It’s a sobering testament to the fact that America is content to neglect social and structural determinants of health.

Those of us who aren’t in clinics or emergency rooms every day can look away when we see injustice. Health care professionals don’t have that luxury. While they’re checking their clothes to make sure there’s no visible blood before they break the news to a family, the rest of us listen to so-called experts tell us it’s “too soon” to address gun reform in the wake of another mass shooting. While an oncologist tries to figure out how to treat a mother’s cancer when she can’t afford her medications, policymakers explain why it would be imprudent to tackle health care coverage or rising prescription costs.

Our health care providers don’t get to turn a blind eye to symptoms of America’s divisions and inactions. They also don’t get to decide who deserves treatment. The victim or the shooter. The immigrant or native born. The nationalist or the progressive. For clinicians, they’re all patients. But health care professionals do suffer the consequences of inaction.

William Osler famously remarked, “Listen to your patients; they’re telling you their diagnosis.” We also need to listen to our clinicians. Story by story, they’re telling us that our nation is in crisis. Too many people are dying too unnecessarily from too many treatable conditions by too many factors that we can control.

Sure, no one likes the electronic medical record. But that’s not at the heart of burnout. Inaction is driving our collective burnout — not just in health care, but in all care. Again and again, providers across the country are put in a position of saying, “We did all we could.”

They may have done all they could, but the rest of us haven’t.

Why should the public care about the well-being of a well-heeled workforce? Because when the problem is on us, so is the solution. Instead of asking physicians if they’re burned out, let’s start asking: Did we do all we could to heal our nation? Maybe then we can be a part of healing the healers. 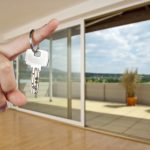 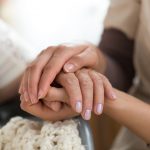