An excerpt from Leadership Lessons from History: A Study Guide Written for Physicians & Other Healthcare Leaders.

In June 1812, Napoleon invaded Russia along with an army of 600,000 men; fewer than 100,000 made it back. During their ignoble military withdraw, in the middle of a terrible winter, thousands of soldiers died of exposure to the intense cold. However, along the retreat route, in the little Lithuanian town of Vilnious, modern grave site forensic analysis of the soldier’s bones revealed an interesting fact: many of the soldiers had suffered from stress (marching) fractures of their feet.

Because the journey into Russia would be so far, Napoleon and his officers meticulously planned every aspect of the invasion force, including detailing all the equipment each soldier would have to carry in order to accomplish their military mission. Each piece was confirmed as necessary. Each article was deemed vital to their overall success. Nonetheless, this meant that each man had to carry over 70 lbs of equipment on their backs. It was too much. Literally, their leaders broke their soldiers’ feet!

As the delivery of quality health care continues to move forward in this nation, whether or not it be through patient-centered medical homes or accountable care organizations, and as our governmental and health care insurance leaders continue to issue collective proclamations and increasing documentation requirements, regarding never-ending demands on the primary care providers’ time, the summation of all these efforts is rapidly approaching the point of fracturing the very bones of the providers on the front lines of medical care in this nation.

Peripheral items, such as demonstrating, in detail, meaningful EHR use, or perpetually dealing with subcontracted radiological and pharmacy management companies and their constant faxes for prior authorization information or their rotating substitutions for alternative prescribed drugs, and the patient paperwork involving durable medical equipment re-authorization — in effect, questioning and changing every medical decision made —  are now so intrusive as to demand an ever increasing amount of the doctor’s time away from direct patient care; doctors are spending just as much time (or even more!) filling out the paper and computer work involved in the office visit as in taking to the patient.

And this is just part of it. According to a 2009 analysis quoted by Medical Economics, in order to fulfill all the preventive care and chronic disease management guidelines, a typical primary care doctor would have to work 22 hours a day!* Is it any wonder that more physicians than ever are suffering from symptoms of burn-out?

As it was in the past, there’s no doubt that, in the minds of Napoleon and his generals, each piece of equipment they asked their soldiers to carry on their journey into Russia was important and necessary. Their mistake was they forgot they were leading an army of men not mules! Unfortunately, History seems to be repeating itself, this time in patient care. Now is our “winter of our discontent.” 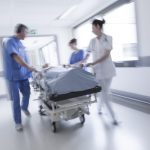 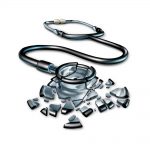