Retirement has gotten me edgy. Three months after departing, I had begun spending too much time horizontal, which I forced myself to remedy but then finding myself with nothing to do.

Moreover, things have gotten more noticeably like Bowling Alone, an often-cited book by Robert Putnam published in 2000 that describes attrition of diverse communal activities over the previous 30 years. For physicians, our daily activities prevent us from working in isolation.

We have the hospital pageant with patients, nurses, committees and conferences. In the office we find multi-physician groups displacing our solo practices. However, we no longer visit the X-ray reading room as we can see the same image as the radiologist from where we are — questioning the report by telephone. Visits from pharmaceutical representatives have become less frequent. Invitations to have dinner with a learned speaker or company shill happen much less frequently. At recent national meetings, cavernous lecture halls dominate, hardly solitary with a few hundred colleagues, but maybe more like a walk in the city where you are alone among heaps of people who you won’t recognize if you saw them again tomorrow. We query select authors who stand in front of their posters, but with the demise of logo pens and other inducements, gatherings around the commercial exhibits happen less.

Our medical organizations where we identify professionally have taken their hit. County and state societies leave the local physicians unenthused with declining membership and fewer people participating in committees. They have been partially replaced by our specialty organizations which have expanded membership, though most members, including me, contribute little other than forking over money, either for dues, journal subscriptions, or to attend a convention. I am down to my last organization, the regional specialty society where the dues are not oppressive. I can chat with a few people that I know each month while learning something. Annual Meeting of the National organization? Financially prohibitive now that I have to pay for the travel myself. And I’m never much more than a spectator purchasing those 22 CME credits. This has been the trend of large organizations that need a lot of members paying substantial dues to support professional-level operations, from funding committees to create clinical guidelines to meeting with elected officials or the American Board of Internal Medicine to express grievances. It is not exactly a club where one schmoozes and reminisces.

Since retiring, I’ve gone fishing where people say hello, I’ve gone shopping as one among many, but, mostly, I’ve looked out for myself with better diet and scheduled exercise that got set aside in favor of getting to work each day. I decided to resume attending grand rounds — both at my hospital and the closer regional health system which has a main campus a half-hour away and simulcasts to a nearby campus. I’ve been to five in the three months since retirement, two at one site, one at each of the others. Since I know people at each place, it is not sitting alone but with at least a few brief greetings to familiar folks and an occasional conversation. I also try to pay attention to the presentation. The best way for me to do this is to formulate a question, hopefully, a challenging one that lets the speaker stare for a few seconds while thinking the best response. It is at least superficially the interactive experience that I seek. But it is also not the same as when I attended more regularly. As a hospital employee, my morning schedule could rarely be completed before our weekly noon grand rounds. And when the time was open, this was prime consult time, which determined how early I could leave that Wednesday. Unless I was the speaker or there was a guest that I really wanted to hear and could realistically get there at the assigned time, I was a weekly no-show.

Now that I am back in circulation, everybody that I used to see at my own hospital — at least daily — had also become a no-show at that conference. At the regional center, where I had been on staff for two decades, the attraction of the Thursday morning gathering by primary physicians and specialists at all stages of career had seriously depleted. Even the goodies at the entrance were gone except for regular and decaf coffee. Among four campuses of two hospitals, the audience contained mostly house staff who did not need CME credits but compliance with attendance guidelines. A few retired people would congregate at one of the simulcast centers, perhaps, the last vestige of the days when medical center grand rounds would have relevance for social connectedness or collegiality beyond its intended educational mission. People at mid-career were largely absent and younger physicians by their absence probably figured out that the more senior colleagues worth getting to know to acquire referrals were no longer there to help them establish themselves professionally.

Connectedness among physicians may be taking the path described in Bowling Alone. While we now have nominal office partners, we labor alone with our screens, submit consult notes in silence, read records in the privacy of our desks, never have to go to the record room anymore, never have to hand an order sheet to the unit clerk, rarely have to decipher our handwriting verbally. When we do talk to somebody, it is too often a clerk in a remote cubicle trying to explain why her company denied what we think is best.

Social capital, that product of formal and informal interaction, from conferences that you want to attend electively, commiserating with colleagues in the record room who are also signing overdue discharge summaries, the back and forth in the X-ray reading room, has always offered camaraderie and mutual purpose — maybe even the buffer to burnout. Its attrition detracts immeasurably from professional satisfaction. Whether it puts patients at risk, just as poor social capital puts communities at risk, remains an uncertain possibility. 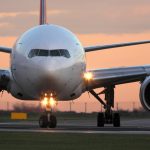 5 ways we can prevent doctor suicide 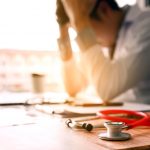 As doctors, our social capital is changing
10 comments