In the long weeks since Valentine’s Day 2018, when those 17 students were killed in a mass shooting at Marjory Stoneman Douglas High School, justified outrage has flowed from all corners of society. In New York, high school students have marched through Manhattan streets. On Capitol Hill, others have protested for tighter gun legislation. Recently, at Stanford University, our medical community held a community health panel, titled “Gun Violence and Public Health: What We Know.”

There, for nearly two hours, a crowded lecture room listened as pediatricians, emergency physicians, a trauma surgeon, a medical student and one lawyer discussed the problem of gun violence. By the end, I came away with two main conclusions. First, that gun violence is a real community health issue — but much more nuanced than indicated by most public discourse. Second, that most public discourse must change drastically if it is to be of any use at all.

Yet before ever arriving at these conclusions, I saw that cultural leanings and political interest had bogged down gun violence research. This is particularly true of the 1996 Dickey Amendment, which was passed by Congress to declare that “none of the funds made available [by the Center for Disease Control and Prevention] may be used to advocate or promote gun control.” The amendment was backed heavily by the National Rifle Association, after a 1993 federally-funded study suggested that having a gun in the home actually increased one’s risk of suffering gun violence. As a result, empirical studies surrounding U.S. gun violence are scarce.

There are some numbers surrounding U.S. gun violence, though, and this will lead to our first point — that this is a genuine public health problem, but a nuanced one nonetheless. For instance, of the nearly 34,000 lives lost to gun violence in 2014, only 14 were due to mass shootings. About 11,000 were lost to gun-related homicide, and 1,200 to accidents or undetermined causes. That leaves over 21,000 deaths — nearly two-thirds of total — due to suicide. While most know that men have perpetrated the vast majority of U.S. mass shootings, we might be surprised to learn that they comprise 85 percent of gun-related suicides as well. When it comes to homicides, young black men are disproportionately affected among males, and young women are at highest risk among females. As one group summarizes, “The common element in all these deaths is a gun.” But as the data show, “The causes are very different, and that means the solutions must be, too.”

Indeed, the panelists agreed: this issue is far from simple, and likely far from its resolution. Medical professionals need to hold more conversations like this, to inform public opinion on this community health issue.

However, as the panel’s lone lawyer noted, empirical data are scarce drops in the cultural bucket of U.S. gun culture. For the lawyer, equally important was messaging – the ability to package our ideas about gun violence and make them relevant to outside communities. When tobacco and cigarette laws became more common, for example, this was due in large part to shifting attitudes on smoking and pollution.

That brings me to my second point.

I was born and raised next to Stanford, California and have largely absorbed its political leanings when it comes to gun control. But I also attended Kenyon College in rural Ohio and befriended numerous gun-toting citizens in my four years. During that time I visited the home of one individual who lived near my college, I perused his collection of twenty-odd rifles, pistols and shotguns kept securely in what resembled a miniature bank vault. When I asked this individual why he was so opposed to gun control, his response was simple:

“It’s just a part of our culture around here. I’m a self-sufficient, law-abiding citizen. Why should my culture’s history be tied in with sick and deranged people, who are neither law-abiding nor in their right mind?”

A tidal wave of liberal talking points rushed into my head. My social media echo chamber practically bellowed from my phone. But this was in 2017, well before Stanford’s School of Medicine panel, and I had little empirical data on hand. More importantly, I didn’t have the foresight to give our conversation its due respect. I certainly was able to treat this person as if he were a political stance — rolling my eyes, lecturing him and shaking my head until to the point of whiplash. But if clear and compassionate discourse is needed to change minds, I was useless. I was simply not interested in changing his mind; I only wanted to prove I was right.

This second point — the necessity for humble dialogue toward those with whom we disagree — was my central takeaway from the Stanford panel. I kept asking myself: “How can I take all these insights, all this data, and make it relevant to my friend in rural Ohio?” As one panelist noted, facts are often insufficient for changing someone’s mind; cognitive dissonance and personal interest are far too powerful for that. If medical professionals are to truly change minds, to truly change gun laws, we must first gain the trust of people quite unlike ourselves.

That is why the Stanford panel inspired me. With such a vibrant community of medical professionals, we have immense potential to inform the U.S. gun debate. But to do so in a meaningful way requires compassionate outreach, especially toward those with whom we disagree. Our discussions must attract dissonant voices. My focus, when it comes to gun control, is no longer on guns. My focus is squarely centered on people, on cultures and on compassionately changing the minds of my fellow citizens.

I would love to see more panels like this and more medical professionals discussing the public health implications of gun violence. Medicine has a critical opportunity to move beyond isolated echo chambers and into a respectful disagreement with those beyond them. Medical communities have the opportunity to come together — setting the example for compassionate, sincere dialogue on this public health issue.

Aldis Petriceks is an anatomy scholar and research assistant.

Your first meeting with a mentor 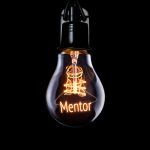 Let’s talk about guns as a health crisis
9 comments