Recently, I watched the movie Iron Jawed Angels with my daughter for her high school literature class. It retells the story of the women’s suffrage movement in the early 1900s, highlighting what the suffragettes endured to fight for women’s right to vote. Many brave women were taunted and tortured, arrested while peacefully protesting and then brutally beaten in prison, and, for some, ostracized from their community, family, and friends. Incredibly, this transpired 100 years ago, and yet, although we can now vote, we are still fighting for our right to live equally and safely. Why else would the current #MeToo campaign become so big?

Day to day, I am in the trenches with those living #MeToo stories. Some don’t even realize they are being victimized until we talk about it. Others don’t have a safe place to talk about what happened or a safe person to reveal their story to. Many days I feel helpless and deeply saddened listening to my patients confide in me, as I did this day …

I sat on my stool looking at the young woman sitting on the exam table. Her paper gown crinkled as she anxiously shifted herself on the table. Swiping away a loose strand of hair, she tried to compose herself. But the tears bubbled over, cascading down her cheeks, no longer willing to be held back and hidden.

How does she not know? I wondered. Recently, a mom had brought her teenage daughter in after the daughter had passed out at a party. Apparently, the daughter had “something” to drink and didn’t know what was in it. After that, she doesn’t remember much else. Nothing was amiss when she came to, but she was so afraid she had been raped. They came to me to find out. Could this be one of those stories again?

The young woman sitting in front of me continued on.

“I went with some friends to a bar. After a couple hours, my friends wanted to leave, but this guy I know said he could hang out longer and would drive me home. I knew him from school, and we hadn’t seen each other in awhile — I figured we could catch up. When I was ready to leave he drove me home and asked to come inside. I thought he just wanted to talk some more. Anyway, he came in and suddenly, he was all over me. I told him I wasn’t interested, but he kept grabbing at me. He said since he bought me a drink and drove me home, he wanted sex as payback. And then he just kept going … I … I didn’t know what to do. I felt like I couldn’t stop him.”

As she talked, she was wiping her tears away. I handed her some Kleenex. “Have you talked to anyone about this?” I asked.

“I called a couple of friends, and they were like, yeah, this happens to me all the time.”

I was appalled by her story on so many levels — the guy thinking he deserved sex just because he bought her a drink, her friends not questioning his behavior just because it happens all the time and my patient confused and scared because she didn’t know if she had the right to say no.

I told her how glad I was she confided in me, along with reaffirming she was violated. Although intended to be supportive, my words felt empty. I felt like I failed her in some way, that we all had failed her. How many more of these stories are out there? How many are held back and not told? How many women think this is just “the norm?”

Afterwards, I was haunted for days with her story. I wondered how to teach my patients to protect and empower themselves. With my teen patients, I talk to them about the importance of taking care of their bodies and, when it comes to sex, how to be safe and not do anything they are uncomfortable with. But how sad is that? I should also be teaching them how glorious their bodies are instead of approaching them with only “beware.”

I fear we have all been inundated with #MeToo stories recently, and because of this, we may begin to have #MeToo fatigue and not process their importance or perhaps even question their truth. And even more horrifying, that violations of women’s rights become normalized. “Yeah, that happens to me all the time too,” should not be acceptable.

In the meantime, I realize I need to find a different way to talk to my young patients, to not only warn them of dangers but encourage healthy and empowering interactions. When seeing my young patients, there is so much fertile ground to work with, to open their minds to all sorts of possibilities, to teach self-care, self-respect, and responsibility as I witness them grow into adults.

For my patient the other day, I hope she heard me and felt supported at that moment. I also hope, in time, she finds a truly respectful relationship and recognizes the difference. 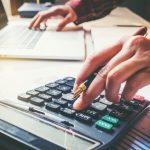 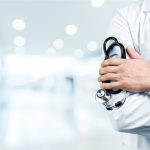 #MeToo: “I think I was raped,” my patient said
10 comments