It seems that everyone has advice about sleep these days, and we have become immune to it. “Avoid naps, caffeine and alcohol close to bedtime. Get exercise. Get out of bed if you can’t sleep. Turn off the TV and any electronic devices hours before bedtime. Enjoy a relaxing ritual. Keep to a routine.”

Please do all of these, because they actually work! Shifting your bedtime later to achieve sleep consolidation also works. In fact, there is an insomnia-focused cognitive behavioral therapy (CBT-I) that has shown dramatic benefits.

Here’s the problem. Many people come to their doctors asking for a sleeping pill because they don’t want to do any of the above. They want a shortcut. It’s sort of like the brief rise of olestra, the chemical they put in potato chips that tricked your body into not absorbing fat, so you could still eat all the potato chips you wanted. It was too good to be true for weight loss (not to mention the unfortunate GI side effects).

Moreover, people have unrealistic expectations about sleep, such as a recent 77-year-old patient who requested a sleeping pill because he wanted to sleep until 8 a.m. instead of 5 a.m. When asked his bedtime, he said, “I go to bed at 8 p.m. because I’m tired then.” For the record, 12 hours of sleep is neither realistic nor normal for a 77-year-old (who needs on average seven hours). In this case, he was bored and possibly depressed, wishing to spend as much time in bed as possible. The very last thing he needed was a sleeping pill. And many others complain that they want more or better sleep despite getting an adequate number of total hours (at least in part a byproduct of direct-to-consumer advertising misleading consumers to believe they have a problem).

This is not to minimize the impact of true sleep disorders. Several warrant urgent medical intervention, such as sleep apnea. The initiation of CPAP (after a sleep study in a lab confirming the diagnosis) has been a true miracle for scores of my patients, who had grown accustomed to falling asleep standing up during the day. Treating sleep apnea can also prevent strain on the heart and lungs that has been shown to shorten lives, and it improves mood. Another important medical issue is the impact of psychiatric disorders on sleep. Difficulty falling and staying a sleep can be a sign of depression, and is a key warning sign for relapse in someone living with bipolar disorder. Screening for psychiatric disorders and general psychosocial stressors is central to unlocking the mysteries of insomnia.

Wait — there’s a pill for that!

Sleeping pills become more dangerous in later life. Whether over-the-counter or prescribed, they work in the brain in ways that increase the risk for confusion, falls and dementia. Chronic use causes rebound insomnia. Controlled substances such as the benzodiazepines (e.g., Restoril, Valium, Ativan, Xanax) and their cousins (e.g., Ambien, Lunesta) are particularly problematic. And when used in combination with opioid pain medications, they increase the risk of shutting down your respiratory drive causing death. The FDA has become so concerned about this that there is now a black box warning against the co-prescription of these substances. They also cause dependence, both psychologically and physiologically.

The most vexing, because they are incorrectly perceived as harmless, are over-the-counter medications that contain diphenhydramine (Benadryl) which is the wicked stepchild in the world of geriatrics because it commonly causes anticholinergic side effects such as confusion, dry mouth, urinary retention and increased fall risk.

Our ancestors got up with the sun and went to sleep when it was dark, and in between they were outside actively moving their bodies, eating modestly and not looking at artificial light on screens. They were also likely not peppering their day with energy drinks to keep alert, nor ending it with a few beers in front of the TV to wind down. If we are serious about improving our sleep, we need to get back to basics.

We prescribers (oh, the power we have) must resist doing the easy thing, and let people know that if they choose a lifestyle that subverts sleep, or have unrealistic expectations about sleep, that’s cool – but we will not rescue them with a pill that ultimately causes more harm than good. 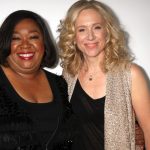 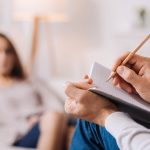