With the election of Trump and a Republican Congress, it looks like the ACA is doomed. Will it be repealed in whole or in part? Will something replace it? None of us, including the new administration, know exactly what will happen. But if it does get repealed, what exactly are the consequences?

The ACA was never a full health care overhaul. It was a form of insurance reform that used subsidies to make insurance affordable for people who could not afford it. It expanded Medicaid, added cost controls, and created new revenue streams. In the repeal and replace mantra, it implies something substitutes for the ACA. Trump’s own website does not provide much detail in that regard other than vague references to HSAs, and political platitudes about choice and better care, there’s not much policy.

He did state in a health care reform paper that the individual mandate must go, supports an increase of across the state lines sales of insurance, adds credits for people who have insurance, allows individuals to use HSAs, uses block grants for Medicaid funding, removes restrictions for cheaper drugs from overseas, suggests enacting some existing mental health bills, and kicks out the undocumented immigrants who use our health care system.

The good, the bad, and the ugly:

1. The good. The ACA was not perfect, and if a better replacement could be found, it could be an improvement. Since the ACA cut payments to doctors and hospitals, repealing the ACA could, in theory, improve the elderly safety net by making it more financially feasible for doctors to see Medicare patients. As another example, a lot of the ACA cost control mechanisms to reduce “unnecessary” readmissions meant more paperwork for doctors and hospitals to justify their care. It also put some patients at risk because the hospitals were disincentivized to act as a safety net for discharged patients who still required care.

In addition, one of the flaws of coverage with the ACA was that certain groups of people had big increases in rates. Specifically, independent contractors who did not qualify for subsidies got hammered.

2. The bad. Repealing the ACA will be difficult for many reasons. It is an expensive insurance company nightmare that will take time to do properly. Where do you begin? Repealing every part of it to drop us back to 2010? Do you prorate payments to account for the years in passage? Do you keep or drop popular provisions?

Trump is now saying that he might keep some provisions of the ACA. What does that look like? For instance, Let’s say we kept the coverage for pre-existing conditions statute because, well, it makes health care less evil. The whole reason insurance companies agreed to get rid of that provision was because they were going to get more young healthy people in the pool. If you keep the exclusion of pre-existing conditions, but you get rid of a plan to get a larger healthier pool of patients, rates will go up onerously for all. It is very hard to keep some items and get rid of others, since the goodies are only there because of compromises that make up the part of the ACA people want to get rid of (i.e., mandates).

One of the best things about the ACA was better preventative care, access to birth control, and quality of coverage. Prior to the ACA, coverage in the individual market was spotty. You did not pay much, but if something happened, you often were severely underinsured and a catastrophic illness could do serious financial harm. Insurance is supposed to prevent that. And the ACA provided benefits that many did not even notice. Losing them will definitely be regressing.

3. The ugly. Getting rid of health insurance for the 20 million people who came to depend on that coverage could very well be a disaster. Block grants for Medicaid will  likely render it useless since the monies that used to be dedicated for it will now be siphoned elsewhere. People with health problems once again become uninsurable without an employer. The dreaded donut hole for prescriptions in Medicare that was supposed to be phased out by 2020 will be back in full force. Employers will have to shoulder an additional 8 million people who chose to get off the employers rolls and use the ACA instead. The cost containment that made Medicare viable to 2034 (or 2028 depending on recent studies) could make it underwater in just a few years. And according to the CBO, the deficit will increase by 353 billion over the next 10 years (more if we just borrow from the shortfall in Medicare to keep it going).

Whatever the new administration chooses to do beyond the status quo (if it survives democratic filibusters), there will be a lot of bad choices to choose from. Repealing it all will be a mess. Keeping parts of it will have unintended bad consequences. Replacing parts of it and merging it seamlessly is likely impossible. And a complete replacement, as with the original ACA, will need to be planned for and rolled out gradually.

What would this magical replacement be? I don’t think anybody really knows. They have some ideas — some that sound intriguing, and some that seem like a deliberate attempt to crash Medicaid and Medicare, giving tax breaks to those who can already afford insurance and eliminating insurance for tens of millions. Is there a plan that will insure everyone with good quality care? I’d like to see one proposed by the republicans that realistically improves healthcare. I guess we will find out soon what the future holds for healthcare. Whatever happens, it will be a defining moment in Trump’s term as president as it was for Obama.

A post-election physician's letter to his patients 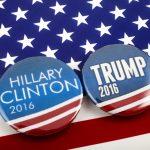 How do we deal with change in medicine? 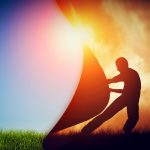 The good, bad, and the ugly of repealing the Affordable Care Act
4 comments