To paraphrase Tolstoy, all competence is alike, but every incompetence is incompetence in its own way. Every time I think I’ve seen the horizon of incompetence, I’m dealt a surprise. The sun never sets on incompetence. In health care, incompetence can be found in odd places, such as three recent examples I encountered with third-party payers.

A patient was referred for a CT angiogram run off — which is a CT scan of the arteries of the belly, pelvis, both legs, and feet — a very detailed and costly study. The cardiologist suspected a pseudoaneurysm of the femoral artery. The exam was an overkill, I felt, as the femoral arteries could be covered in a CT angiogram of the abdomen and pelvis; you don’t need to image down to the toes. I was confident that a pseudoaneurysm in the femoral artery would not extend to the arteries of the feet; it would be a world record, if it did. I suggested we stop the exam in the middle of the thigh.

“That’s fraud,” warned the chief technologist, who was also an expert in billing.

“Why is it fraud to restrict the field of view to the area of clinical relevance?” I asked.

“You can’t bill for a CT angiogram run off and only do the abdomen and pelvis. That’s fraud.”

“Why don’t we bill just for CT angiogram of the abdomen and pelvis?” I asked.

“You can’t bill just for the abdomen and pelvis; the patient has been pre-authorized for a runoff.”

“You mean I can’t do less and bill for less when the patient has been pre-authorized for more, and the insurer will pay more?” I asked.

“You need a new order from the cardiologist, and a new pre-certification number, and may have to reschedule the patient.”

I didn’t want to relent, so I phoned the cardiologist, but I could not get hold of him. The patient was getting annoyed and didn’t wish to come back another day for the exam. The technologists were getting antsy that I was stalling the scanner. The conveyor belt had to keep moving. The show had to continue. So the patient had the more expensive CT angiogram run off instead of the cheaper CT angiogram of the abdomen and pelvis.

There is a paradoxical billing phenomenon known as de-authorization, coined by Richard Duszak, a radiologist from Emory, where if you bill for a less resource-intensive and cheaper study than pre-authorized by the insurer, the payment is denied. Once you’ve asked for caviar, you must eat caviar. And if you change your mind and want boiled salmon instead, that’s tough.

For example, if the patient is approved for a contrast-enhanced CT of the chest and you decide contrast is not needed, or may be harmful, and do the CT without contrast, and bill for CT without contrast, the payment will be denied. Worse, the patient will be lumbered with the bill (i.e. the chargemaster, price-gouging, flesh-eating bill). Not the discounted rate offered to insurers. The chief technologist saved the patient from a billing clusterfuck. But the insurer paid more for the study than would have if my clinical judgment was allowed to dictate the billing.

Case 2: Cutting your nose to spite your face

A young man had a cardiac MRI for palpitations. During the exam, I spotted a hole in the heart — a left-to-right shunt. It was an incidental finding. I thought we should get flow measurements through the aorta and pulmonary artery – it would be useful information which could help the management, because the timing of repair of shunts depends on these parameters.

“Can’t do flows. He hasn’t been pre-authorized for them,” said the tech.

“Can’t, we’re forbidden to do more than has been ordered,” the tech protested.

The referring cardiologist agreed and put an order for flow mapping. However, the order needed authorization from insurers. I phoned the insurer who connected me to a physician from the advanced imaging management elite squad — also known as radiology benefit managers. The chap, a most boring metronome, told me that the first line test for left-to- right shunt was an echocardiogram. I explained that the patient, a young professional with a demanding job, would have to take another day off work – we could easily nip the issue in the bud within five minutes. But the chap continued like a broken down record, “Our guidelines say echocardiogram first.”

I slammed the phone and muttered “ducking tosser” under my breath.

The patient came back another day for an echocardiogram and another day for another cardiac MRI for flow measurements because the echocardiogram was not clear enough. Imagine — two separate days of taking time off work, driving on the interstate, and finding parking, could so easily have been avoided. Not to mention that the insurer could have saved money.

I spotted a mass in the kidney at the edge of the field of view, which looked like cancer, in an elderly man having a cardiac MRI.

“Let’s go lower and cover the kidneys, and the bladder,” I asked the technologist.

“I can’t. That’s fraud. Covering the kidneys will make this an MRI of the abdomen, which the patient doesn’t have a script for.” The technologist said.

“It is Medicare fraud if you do more for the patient than what you’ve billed for,” explained the technologist.

I was losing my marbles, but I wasn’t going to relent with this one.

“Just do it — put my name down. Say I insisted. And if it’s fraud to do more than I billed for, I’ll happily go to Guantanamo Bay for fraud.”

The kidneys were covered. I overcalled the finding in the kidney; the patient did not have cancer. However, the technologist was correct: It can be considered fraud to dispense billable services (such as an MRI of the abdomen) to Medicare patients without billing Medicare. This reminds me of a physician I once met, who specializes in physical medicine and rehabilitation, and runs a direct pay practice. She doesn’t accept Medicare, Medicaid or any insurance. She sees kids of undocumented migrants for free one afternoon a week, but won’t extend the same courtesy (i.e., waiving charges) to patients on Medicaid because she fears she might be fried for fraud.

Charity is fraud with Medicare and Medicaid. Allow that to sink for a moment.

I understand it is fraud if you buy a ticket from Philadelphia to New York and get off at Boston, but how is it fraud if you buy a ticket to Boston and get off at New York? Who makes these rules? Who are these people? Which parts of their brain light up on functional MRI? What do they eat for breakfast? How can a country which gave the world Edison, Wright brothers, and Kim Kardashian produce such imbeciles?

It is hard to maintain disdain for such buffoonery for too long because such spectacular incompetence is an art, a practiced art to be precise, but art nonetheless, and art induces wonder, eventually. But even this explanation is wrong. Third party payers are not incompetent. They may seem to be, but they’re not.

The reason insurers, and Medicare, would rather pay more, than less, for an exam, that is cut off their nose to spite their face, is that they don’t trust physicians. They don’t trust physicians because fifty years of health economics has yielded a spectacular insight; physicians, like crack dealers, are guilty of supplier-induced demand. This meme is now structurally embedded in payers.

The information to discern between physicians inducing their demand and physicians curbing their demand is too costly to obtain. So third party payers have a blanket rule: You can neither upgrade nor downgrade an imaging study, and if you do you’ll be paid nothing or will be done for fraud.

Don’t get me wrong; I’m flattered that I induce my demand in health care (I wish I could induce my demand in other areas, too). But a costly game of chicken is being played between payers and providers. It’s a game of reverse chicken actually, where both sides avoid staring at each other, and adapt to each other’s pathologies. The costs of this game may be forgivable, but the inconvenience to patients is inexcusable.

The vignettes have been modified from their true state to protect patient health information and to protect the author from HIPAA vigilantes and bounty hunters. However, the gist of the vignettes is correct.

I am very much a student of the Zen of call 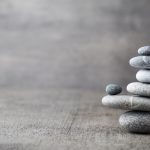 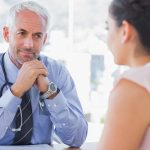