The letter from the insurance company was addressed to my patient. The two pages of information boiled down to one simple sentence: “After a thorough review, our decision to not cover the medication Provigil (modafinil) is unchanged.”

The letter went on to explain that there was no further recourse, and that the medication would not be approved because it was not Food and Drug Administration–approved for the condition my patient had: major depression. If she chose to take it, there would be no reimbursement. In many psychiatric conditions, the FDA-approved options are very limited; for some disorders, there simply are no approved medications, despite the fact that research has shown medications to be helpful. For a medication that now has a generic, there is no reason for the pharmaceutical agency to incur the cost of getting a medication approved by the FDA for a specific use.

Psychiatrists are all familiar with the process of medication preauthorization. Insurance companies require the physician to make an extra effort in order to prescribe certain medications. Often, as in the case of modafinil, the medications are expensive, and one might wonder why a generic medication costs $25 a pill. The name-brand medication, Provigil, costs more than $33 for a single dose. Sometimes, however, a preauthorization process is put in place for very inexpensive medications that might cost only a few dollars a month. Preauthorization requirements waste enormous amounts of physician time and don’t necessarily save money for insurers.

What many physicians don’t realize is that there is no national oversight to this process. In some arenas, the insurers can set the hoops as high as they want and in perpetual motion, thereby making the process a long and miserable adventure — all while the patient suffers.

Nothing about my patient’s depression has been easy to treat. We started working together eight years ago; her suffering at that time was extreme, and her presentation was unusual. I arranged for her admission to a specialty unit in a psychiatric hospital, and she remained under their care for several months — an astounding period of time in an era where the average length of stay is 7 to 10 days. She was discharged — very much improved — on an unusual cocktail of medications.

Over time, we tapered some of the medications because of side effects. Five years ago, her insurance changed and after I answered a 13-question prior authorization form, the medication was denied because she did not have narcolepsy or any of the sleep disorders for which the FDA does approve the use of Provigil. An appeal was denied, and I prescribed stimulants instead. It wasn’t until recently, when the patient’s depression returned full-force, and every medication option I could think of had been tried, that I decided to try modafinil again, especially since I have found it helpful in another patient with a treatment-resistant depression.

I wrote a prescription and heard from the pharmacy that Provigil required preauthorization. I prescribed Nuvigil instead, but that too required preauthorization. A 20-minute phone call resulted in directions on how to find a form and fax a request for the medication. It contained many of the same questions from years ago, and the request was denied.

Several more phone calls led me to a reviewer with the pharmacy benefits company in Nevada, who told me I could find a form on the website, send in an appeal to the insurance company in Iowa, and I would hear within 15 business days if my patient could get the medication. When I said that was not acceptable — the patient was suffering and needed the medication now — I was told I would receive a call from a peer reviewer within 48 hours. A week later, a pharmacist called and asked the exact same questions that I had already answered. When I said that no, I had not ordered polysomnography or multiple sleep latency tests because they were not medically indicated, she denied approval of the medication and said she had no leeway to approve its use if the questions were not answered correctly. I found it curious that this step was called a “peer-to-peer” review. By this point, I had spent about an hour in a two-step process where the second step was exactly the same as the first step. It’s OK; the insurance company doesn’t mind the inefficient use of everyone’s time.

I was told that to file an appeal, I would need more forms off the website, and I was given (at my request) directions on where to find those forms. But first, I needed to get the patient to sign a form to authorize to release information on her behalf. The patient lives a 90-minute drive from my office and does not have a fax machine, and this delayed the process. It remained unclear to me why the patient’s permission was needed when it had not been needed for the first two steps of the process. The authorization was to be mailed or faxed to one location, while the appeal letter was to be mailed (fax or electronic submissions were not options) to another address.

In the appeal letter, I discussed her past history of a lengthy hospitalization, a long list of other medications that had been tried, and a study that documented the efficacy of modafinil as an adjunct agent in the treatment of depression.

As the weeks ticked by, I contacted the chief medical officer of the insurance company and complained; I had spent hours on an arbitrary, repetitive, and inefficient process that was yielding no results. I asked how he sleeps at night.

The response was infuriating: “I know that the appeal is being set up in the queue. I am sorry that this process has been drawn out for you and your patient.” In the queue? Had he ever sat with a sobbing, depressed patient who couldn’t get out of bed all day? A family member was taking off work to stay with her, and her life was on hold. The chief medical officer didn’t give any indication as to how long this queue might be. The family was hurting both emotionally and financially.

Eight weeks after I wrote the prescription, a copy of the denial letter arrived in my mail. A physician in Iowa has determined that the medication is not medically necessary for a patient he or she had never seen in Maryland. I’ve turned to the American Psychiatric Association. With so many psychiatrists complaining about the burdens of preauthorization, this case would be a good example; one of its attorneys has agreed to write a letter to the Department of Labor. Perhaps that will help, but as of this writing, I have not yet seen that letter. All in all, it has been hours of my time, and lots of waiting, all without regard to the person who could possibly find some relief with a medication that is available to some, but not to her.

Dinah Miller is a psychiatrist who blogs at Shrink Rap and co-author of Shrink Rap: Three Psychiatrists Explain Their Work.  This article originally appeared in Clinical Psychiatry News.

The administrative monstrosity of medical documentation is out of control 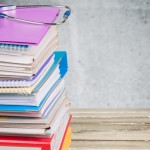 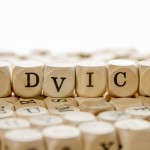 There is no oversight for prior authorizations. There should be.
44 comments