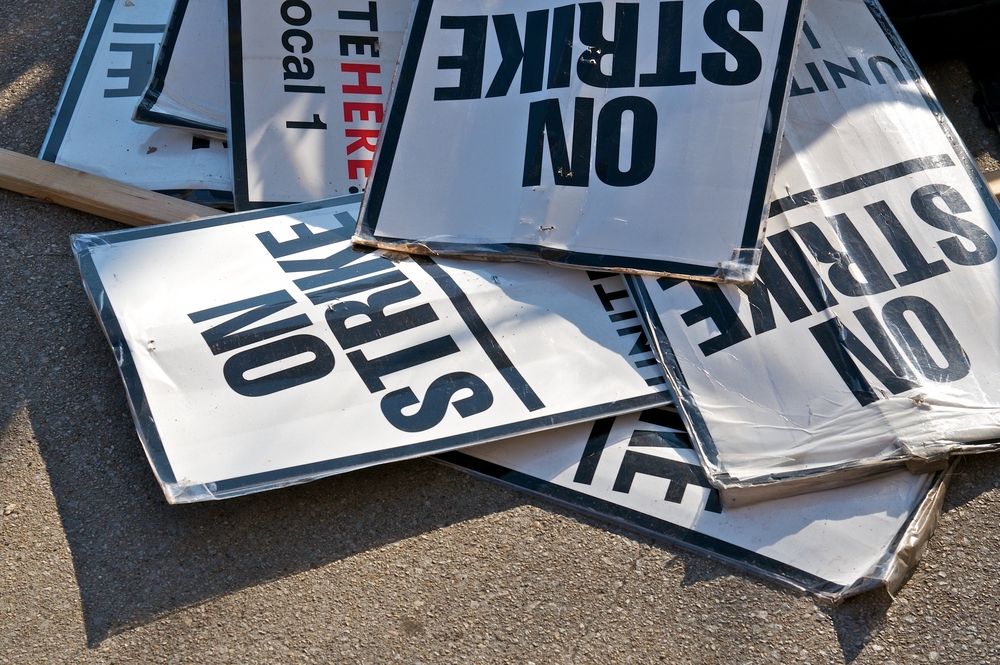 If F. A. Hayek were alive today, he would support the revival of labor unions in general and professional labor unions in particular. Towards the end of the Second World War, Hayek wrote a book warning us all that allowing governments to engage in extensive central planning of economic activities is nothing more than a road to serfdom for humanity. F.A. Hayek was not an Ayn Rand sociopath, and he included in his vision reasonable government regulation of markets, strong safety nets, and something that looks awfully similar to the avant-garde “guaranteed basic income” discussed nowadays in some European countries. Unfortunately, for us, and kudos to Prof. Hayek, seventy years after the publication of his book, we are well on our way to universal indentured servitude.

In September 2014, Martin Gilens and Benjamin Page, two Princeton researchers, published the results of a longitudinal study on policy decisions in the U.S. from 1981 to 2002. After crunching enormous amounts of data, Gilens and Page conclude that “economic elites and organized groups representing business interests have substantial independent impacts on U.S. government policy, while average citizens and mass-based interest groups have little or no independent influence”. In spite of enjoying all the trappings of democracy (e.g. freedom of speech, widespread franchise), we seem to live in a “democracy by coincidence, in which ordinary citizens get what they want from government only when they happen to agree with elites or interest groups that are really calling the shots”.

Perhaps that’s how it always was, and certainly that’s how it is now, but at several points in our history government enacted policies in stark contrast to the interests of both economic elites and business interests. Labor laws were just such an occurrence. Labor unions in their various formats could be viewed as the tool by which the interests of average citizens, the “revolt from below,” were channeled into mass-based interest groups that were powerful enough to counteract the interests of economic elites and their business groups, at least for a while. When big business managed to weaken the early unions during the 1920s, we got ourselves a Great Recession. In the midst of our self-inflicted misery, unions came back roaring to take on big businesses and the government they thoroughly controlled. Most workplace protections and gains in workers’ wages date to that era. Eventually though, big business prevailed. The Taft-Harley Act (or the “slave-labor bill,” as Harry Truman referred to it) was enacted in 1947, and it all went downhill from there to this day.

Physicians in the U.S. belong to the economic elites, as defined by Gilens and Page. Theoretically speaking, the profession should have been able to influence government policies to its advantage, and arguably that was the case for most of the twentieth century. In the 21st century, we are witnessing the industrialization of medicine, and although physicians are still handsomely compensated for their labor, a marked deterioration in their working conditions is gradually occurring. Whereas the industrial revolutions decimated the numbers of master craftsmen who owned their own tools (means of production) and increased the number of journeymen (workers for hire), the industrialization of medicine is decimating the ranks of physicians who own medical facilities, while swelling the ranks of employed doctors.

The master craftsmen of two hundred years ago were driven out of business, and down into wage labor, because they could not compete with industrialized manufacturing. Independent physicians today are driven into employment solely by government policies, since industrial medicine is neither cheaper, nor better than the cottage industry it replaces. Medicine is not undergoing a revolution as much as a hostile takeover by big business, with full government support. Once a critical mass of employed physicians is reached, and independent practice is no longer viewed as a viable option, chances are that the wages of physicians will more closely align with the wages of every other labor sector. This is, therefore, the very last opportunity for doctors to leverage their economic elite status and find a way to pair it with an equally powerful interest group, i.e. a Union.

When unions were strong, America prospered. When unions were crushed, neutered or fell victim to their own internal corruption, the American economy barely sputtered along. Big business propaganda notwithstanding, unions are not about socialism, communism or collectivism. The sole purpose of unions in a capitalist economy is to counterbalance the excessive influence of economic elites and business interest groups, allowing ordinary citizens to get what they want from time to time. Unions are there to preserve democracy and keep us off that cursed road to serfdom. Even if you are a hardcore free-market conservative, sincerely believing that organized labor is evil, you must understand that often it takes a lesser evil to combat the greater evil. Discussing, analyzing, lamenting, advocating or pontificating, is no longer sufficient.

The same cannot be said about medical specialties, but a truly powerful physicians union will need to include all specialists as well. If the original Medicare fee setting process drove an enormous wedge between primary care and specialists, the new value-based payment schemes are well positioned to amplify and exacerbate conflicts across all specialties. It is therefore imperative for a physicians union to resolve these conflicts and find a way to work together, or in other words, get over it, because the exact order in which you go down is less important than the fact that eventually everybody will be taken down.

And then there’s politics, but I have faith that intelligent and educated people understand by now that the sole difference between progressive and conservative agendas, is a personal preference to have your serfdom managed either through a government intermediary, or directly by the business overlords. There are also legal issues to ferret out and negotiate. But by far the toughest barrier to creating such union consists of the physicians themselves. Unlike the miners or the railroad workers who build the labor unions in this country, physicians don’t live in squalor, and they don’t put their lives on the line every day for a pittance. As a group, physicians are largely conservative and not given to activism. And this is precisely why an American physicians union can become the most formidable social innovation of our times.

Did you know that on January 12th, 2,600 mental health workers and 700 other workers at Kaiser Permanente in California will be launching a strike to protest the inadequacy of mental health care at Kaiser? They won’t accomplish much, if anything. There is no coverage in the media, no buzz, no controversy, no lengthy exposés, no debate and no threats from the White House. What do you think would be the reaction if 17,000 physicians employed by Kaiser would walk out at the same time? And what would happen if several hundred thousand members of the Physicians Union of America would walk out as well? I bet mental health services at Kaiser, and everywhere else, would be the talk of the nation, and somehow the funds to hire and pay decent wages to mental health professionals would miraculously materialize.

Imagine a professional union fighting for the freedom of its individual members to exercise professional judgment for the sole benefit of individual citizens. Imagine a medical union fighting to provide the best care to ordinary citizens, free from the whims of the political and business classes. Now close your eyes and imagine the shock and awe created by a union of the best, the brightest, the most successful, most educated, most trusted, most ethical and most irreplaceable group of citizens, standing up and unequivocally stating that central planning has gone too far and has reached levels of immorality that are beyond what a free society can peacefully tolerate.  Then imagine that such union has the power to shut down every hospital, every medical facility and every practice, in every city, every town and every hamlet across the land, bringing the medical industrial complex to a grinding halt.  And now, open your eyes and make your wish list. Don’t hold back.

I’ve been asked many times why I advocate so passionately for physician autonomy. Frankly guys, it’s not entirely about you. It’s about the observations made by Gilens and Page. It’s about Hayek’s ominous predictions coming to pass in our times. I know that deep down most of you believed that serfdom for the masses will not affect you personally, just like the Harvard faculty believed that Obamacare will not affect them, until it did. There is no joy in medicine any longer because playing doctor for the serfs is not a very rewarding career path. No, you are not our last hope, the lawyers are, because they are sure to come for them next, but you are the best and brightest hope.

Physicians must unionize. Here’s why.
98 comments