Even if you don’t live in a city yet that offers Uber’s rideshare app, you probably have heard about it, because the media has widely reported on job actions by taxi cab drivers — and the gridlocked traffic that resulted — that has taken place in Washington, DC and in other major cities across the world including London, Berlin, Paris and Madrid.

Uber is an “on demand” smart phone app that allows users to summon private drivers to pick them up from wherever they happen to be, usually within minutes; the independent drivers that contract with Uber own their own cars and pass background checks but do not have to meet the numerous regulations (and in some cities, medallion fees) paid by licensed taxi drivers. By generally offering more convenient, and sometimes lower cost access to rides than those available from licensed taxi drivers, Uber is displacing many established taxi drivers and companies — a classic case of a disruptive innovation, “a process by which a product or service takes root initially in simple applications at the bottom of a market and then relentlessly moves up market, eventually displacing established competitors.”

What does this have to do with medicine? Well, there are now a number of Uber-type apps that promise to do to medicine what Uber has done to taxis — bring consultations by physicians to patients via their smart phones, on demand, wherever and whenever they request them.

One big difference between these services and Uber’s ride sharing app is that they provide access to virtual consultations by fully licensed (and in many cases, the apps claim, board certified) physicians, so the competition is potentially between licensed physicians in traditional brick-and-mortar practices, and licensed physicians who contract with the app companies to provide consultations via smart phone. (They could also be physicians in traditional practices who contract to do smart phone consultations on the side.) Yet I can see the potential for these services to be another disruptive innovation if a growing number of patients decide they would prefer to get an on-demand access to a physician, and get their symptoms “diagnosed” and their prescriptions filled immediately, via a few minutes on a smart phone, without having to wait for an appointment and then having to schlep to the doctor’s office. All for about $40 per smart phone consult.

One has to ask, though, what do these apps do to quality?  Continuity of care and the patient-physician relationship?  I perused one such company’s site, American Well, which promises that, “Your conversation with your doctor will last about 10 minutes. That’s how long it takes to handle most problems, but of course you can add time if you need to. Doctors can review your history, answer questions, diagnose, treat and even prescribe medication. And your prescriptions will be sent straight to your pharmacy.”

I put in my zip code, and found several board certified family physicians who said they were available for an immediate consultation — at 5:05 p.m. on a Thursday evening! I looked at the credentials of the listed physicians, and all were board certified. I didn’t ask for a consultation, but it appears that I could have gotten one right away.

I then checked on the reviews in the App Store from people who claim to have actually used the app. There were 26 reviews, and the overall user rating was just a hair off of five stars, the highest. Yet some of the reviewers’ comments gave me pause:

“The only place where you can see an amazing, friendly helpful doctor in a matter of minutes-right from your phone! I used it for cold/respiratory symptoms and was able to see the doctor and get treatment recommendations in less than 2 minutes.”

“Near me, there are a few urgent care places … but I usually have to wait at least an hour.  This time, I used this app, talked to a doctor, and had a prescription sent to my pharmacy within like 20 minutes. Saved me a ton of time.”

“In less than a minute, I was talking to a live and knowledgeable doctor, in the comfort of my home. The doctor truly cared about my health and my prescriptions were sent to my regular pharmacy!”

“I had developed a cold and was placed on antibiotics. A few weeks later my cold returned with an unbearable sore throat, rash on my forehead, and yeast infection as a result of antibiotics I had been on. It was a Saturday night … I was able to use this app to have a video consult with a doctor at 11:30 p.m. The Dr. I spoke to wanted me to start something before I went to bed. She e-prescribed 4 RXs directly to my 24 hour pharmacy. I picked up everything that night and woke up feeling so much better.”

Now, as readers of this blog know, I am not a clinician, and so cannot comment on the appropriateness of the care described in these reviews (and the reviews themselves may not be accurate). But I have to ask those of you who are clinicians whether you believe that it is truly possible to diagnose a patient’s condition, via a few minutes on a smart phone’s video screen, without a history and physical, and without knowing the patient, in as few as two minutes, and prescribe the right medications if medications are even needed? Can these smart phone encounters replace the traditional patient-physician relationship and continuity of care? The hands-on physical exam? The tests and blood work often required before a diagnosis is given? Can they? Should they?

The experience with Uber shows that fighting technological innovation and competition from services like these in all probability won’t work. Just ask the cab drivers. If there are physicians willing to sign up for them, and patients willing to get their care from them, then these services will likely grow, and maybe begin to displace some traditional brick-and-mortar physician practices.

We live in an age when people want what they think they need now, without delay, whenever they want them. And such innovations could provide opportunities for physicians in more traditional practice arrangements to also get in the business of offering smart phone consultations with both new and established patients. Competition might also result in traditional practices offering more timely visits and after-hours access, in person or by emails and by phone — and they may have to, if they want to stay competitive.

We don’t know how the Uberization of medicine will affect medical care, but you better get ready for it, because it is coming. And unlike Uber’s car sharing app, which is mainly available in large cities where there is huge demand for taxis, doctor consultations via a smart phone app could potentially be offered anywhere, to anyone, from the biggest cities to the most rural of areas — perhaps making it an even more disruptive innovation for medicine than Uber has been for taxis.

So doctors are sick of medicine: What can we do to fix that? 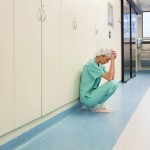 Physicians on demand: The Uberization of medicine is underway
1 comments