I was on the cusp of my first year in medical school, and time was running out. Classes started in two weeks. I needed a place to live: Ideally someplace cheap, not too far from school.

There was an opening at Phi Chi medical fraternity, a large brick house of faded elegance located less than a block from my classes at the University of Minnesota. At $75 a month for a tiny room in the co-ed fraternity, it fit my budget. When I learned about the “beer machine,” an old Coke machine that dispensed beer at 15 cents a bottle (a bargain in 1979), it felt like my kind of place. I signed the lease.

But throughout the entire discussion with my prospective frat brothers and sisters about the charms and quirks of Phi Chi, no one mentioned The Arm.

The first week of medical school was overwhelming. By Saturday we were exhausted — but not too exhausted to throw a party.

The party began slowly, but gradually people began to trickle in, and soon the dark living room was packed with med students, nursing students and several of my high school and college friends who lived in town.

Loud music, dancing. It felt like a celebration. We had indeed survived our first week of med school. Only 199 more weeks to go!

Medical school seems as tough as its reputation, I thought. But maybe the occasional party will help me get through this.

At midnight, things had reached fever-pitch, fueled by beer, a week of pent-up energy and hormones.

Suddenly one of the second-year students let out a blood-curdling scream:

“Bring out The Arm! And cut the music!”

A hush settled over the sweat-drenched crowd of young future doctors and nurses. Soon someone emerged from a closet, carrying a cylindrical glass container. It was filled with formaldehyde. And a full-length human arm.

Dozens of people swarmed around it. A few left the room.

I found it repulsive, macabre, but I was also fascinated: unable to step away, or even avert my gaze.

The comments were predictable:

The Arm appeared to be a complete specimen, shoulder to fingertips, muscular, probably masculine. Its fingers curled inward, the nails a bit darkened but intact; there were hairs present on the forearm. In some spots the skin was peeling. It looked ancient, like the product of some medieval arm-removal torture procedure.

Lorenzo, a second-year student, gave us a short if incomplete history: “The Phi Chi Arm was removed from the anatomy lab a long time ago, maybe in the 1940s or 1950s.”

“You mean they stole it?”

“It’s more like it’s on permanent loan,” he said in a gleeful, half-crazed voice. He seemed to delight in shocking us first years, who lived in a medical fraternity but were still so new to the medical community. Maybe this is our initiation ceremony, I thought numbly.

“Who knows? But it only comes out at special times — like this. And only second years get to decide when that is. First years like you: hands off The Arm!”

I felt like screaming, “This is the weirdest thing I’ve ever seen! Why are you all acting so upbeat and jokey? This is a real arm from a real human being. You’re a bunch of body snatchers! If this is what I have to do to become a doctor, I want OUT!”

But I said nothing. Maybe I was afraid I wouldn’t be accepted into the medical community, which now seemed like some kind of cult.

I looked around the room. My classmates were ghostly pale, wide-eyed and shell-shocked. None of us had ever seen anything like this.

All the second-year students were grinning from ear to ear.

Lorenzo spoke for the group: “Welcome to medical school.”

The Arm was returned to the closet. Soon the music resumed, and in a little while people were dancing again as if nothing much had happened.

But something had changed in me. Like The Arm and the second-year students, I had become detached. From my emotions.

I would face many such situations in the course of my career — times when I would strive to stay emotionally present in the face of human suffering. Sometimes I managed to remain connected to my feelings. But sometimes, to survive, I felt I had to detach from what was going on around me. Like I did that night.

I didn’t know it at the time, but I now realize that this was the night when I indeed entered the cult of medicine.

After my encounter with The Arm, there was no going back.

David G. Thoele is a pediatric cardiologist. This article was originally published in Pulse — voices from the heart of medicine, and is reprinted with permission. 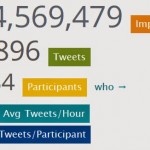 The night when I entered the cult of medicine
6 comments