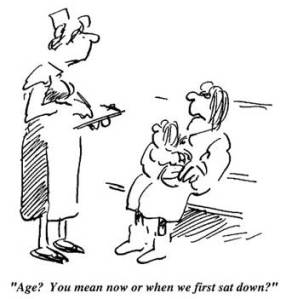 I was invited to give a talk about patient satisfaction at a recent grand rounds. I have written previously that satisfaction is a pretty low bar, and so I spoke instead about the patient experience.

I opened my talk with the cartoon above.

As I anticipated (and intended), it got a few chuckles from the audience, and I pointed out that it is funny because it resonates – we already recognize that we often provide a poor experience for patients.

I went on to explain that we are all being evaluated by our patients in unscientific ways and that we should embrace soliciting a more authentic voice of our patients through surveys, so that we can improve the experience we provide them. I also pointed out that hospitals are already subject to penalties or bonuses from CMS based on their standardized patient survey results and that the same will soon be true for physicians as well.

After my remarks, I received an email from someone who had been there. It included a blog post that implied that it was a fool’s errand to try to evaluate the performance of physicians, and likened it to trying to catch “a cloud with a butterfly net.” Patient surveys were said to be particularly useless, since patients may “like” an incompetent physician. I replied (and believe) that patient surveys are certainly insufficient to evaluate physician performance, but still tell us something important about a particular dimension of care.

I was still thinking about that when I came across two recent articles in the New England Journal of Medicine. Both discuss the effort underway by CMS to measure physician performance and tie individual physician payment to it, and both made compelling cases that this effort is deeply flawed. And, frankly, both left me feeling a bit depressed.

I do believe it is important to evaluate physician performance. It is a basic professional obligation, and we can’t improve if we don’t measure. But the current state of the art doesn’t seem up to the task. In fact, the objective measures of physician performance remind me of the old joke about the drunk who looked for his car keys under the lamp post — not because he dropped them there, but because the light was better. We are measuring things not because they are important, but because we can measure them.

So where does this leave us? Rather than throw in the towel, I believe we should:

In the end, it is how patients do and how they experience care that really count.

What happens when doctors lose their calling?

Technology and baby monitors: Why this pediatrician worries 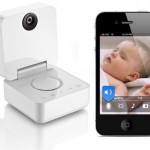 Performance measuring tools aren’t up to the task
26 comments