Doctors are trying to rationalize our current story line:  the loss of autonomy and pay cuts are a necessary evil for the greater good.   We’re taking one for the excess-health care cost team.  We’re willing to take this personal sacrifice for our fellow man and woman.   It is the noble thing to do.   It will be good for America’s healthcare system if we do our part, work harder to improve inefficiencies.

There are even doctors in leadership positions who reflect in their three-year “honest assessment” of our current health care law that higher taxes and near-30% rise in insurance premiums are a necessary evil for extending insurance to 30 million more Americans.

“I am glad to do my part,” they comment.  How could anyone argue with such beneficence?

Doctors who sacrifice and give tirelessly to their patients are our storybook ideal, what every American loves to envision.  But we should also acknowledge that there is another story line: that many physicians are deeply concerned with the realities of what’s taking place in health care lately.

Meanwhile, our nation’s leadership is enjoying the black-tie White House Correspondent’s Dinner in appreciation of those who serve as our Great Distributor of Washington story lines, aptly named “Nerd Prom.”

Perhaps I shouldn’t be so harsh.  After all, it was just in the spirit of poking fun.  I should also accept that since American medicine is our largest employer and nation’s largest business, American medicine will forever be tainted by politics.  But as we have seen time and time again, it is common in politics to sell story A when, in fact, the real motivation for something is story B. When political initiatives are deployed that are uncomfortable there has to be something that people will emphatically rally behind.  How else could we send our children off to war, for instance?

And so it has been with health care.

Story A was that this whole health care story line was about the uninsured.

Yet people were never waving flags and demonstrating in the streets for wellness initiatives with free mammograms, physicals and flu shots.  People were not looking for more and more middle layers of bureaucracy, red tape, and management.   People are not demanding that first-year medical residents see patients for only 12% of their day because of training rules. People were not looking for their doctor to become a nursing supervisor, medical coder or typist.    People were not picketing the Supreme Court for double-digit insurance company stock market returns so they could enjoy higher premiums and deductibles.    People were not hoping for $100-million golden parachutes for pharmaceutical executives. People were not lobbying for bigger hospitals competing with other hospitals for wealthy patients, each filled with outdated computers, waterfalls, big screen TVs and kiosks in “anticipation” of what was to come.   And people were REALLY not expecting the government to burn through their cash so fast that they’d be asking for more money so soon.

Yet here we all are, realizing our new, disturbing story line.

Grilling with aluminum foil: What are the health risks? 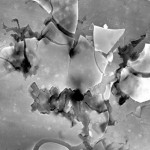 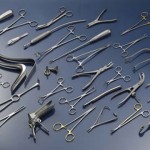