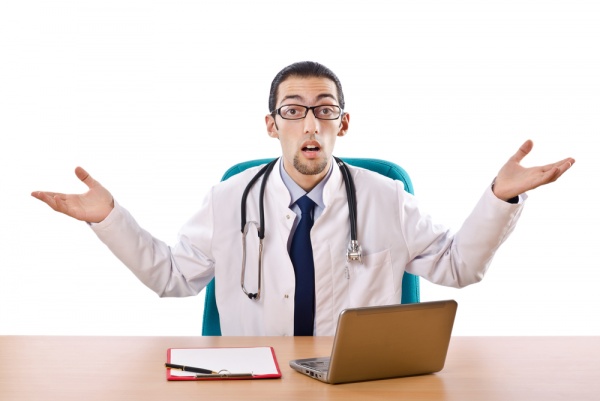 The ICU hummed as the tech guy waltzed in at two in the morning.  A key designer of the EMR himself, the night shift nurses had his mobile and were not afraid to use it.  There was a problem reconciling Mr. Jones med list after his emergency bypass surgery that evening.  Patients first.

The next one in the door was the young CEO of the hospital.  A firebrand, he had pushed the ACO envelope to near completion.  There were still bugs, and no primary team was yet claiming Mr. Jones as their patient.  Some things need to be sorted out in person, even in the middle of the night.

The chief quality officer was following close behind.  There was a new initiative to interview the patient or family within four hours of admission.  Of course, Mr Jones came in at midnight and was whisked off to surgery immediately.  Some one had to find his wife.  The clock was ticking.

Nowhere, I repeat, nowhere was the surgeon.  After the quickie procedure, he must have been in the middle of a catnap.

As ludicrous as it sounds, I think we often forget what taking care of patients really looks like.  Before we write off physicians for being Luddites for their slow adaption of all that is changing in health care, I think we need to take a closer, harsher look.

Attention technologists, CEO’s, and health care consultants: your decisions can be as dangerous as a nurse with a syringe of over-concentrated heparin, a surgeon with a lack of appropriate sleep, or an internist with the wrong diagnosis.  Yes, your actions can kill!

When EMRs are implemented that take physicians eyes and minds away from the patient without demonstrable improvement in quality of care (and cause excess spending), patients can die.  When four hour pneumonia rules are followed with no scientific evidence, certain patients get C Diff and end up in the ICU unnecessarily.  And when inane unproven giants like ACOs are forced on a population, who knows the untold irreparable harm can be done.

For too long, doctors have been on the front lines taking the responsibility for every aspect of patient well being.  And justifiably, we have become quite cautious.  We don’t like following dictates unless a modicum of evidence suggests benefit.  We make decisions based on years of training, reading, and personal experience.  We do not implement new care policy because it “sounds right” or “makes sense”.  We have been burned too often by such simpleton principles.

Yet over and over again, physicians are blamed as slow adopters and the reason why new policy fails.  If only doctors would fall in line like good soldiers.

Follow me.  Follow me into exam rooms with hobbled patients and hopeful expectations.  Follow me into hospital corridors where families huddle desperately over prayer books and rosary beads.  Look these people in the eyes.  Tell them that you will take responsibility for your actions whether their loved ones live or die.

Then and only then.

Feel free to criticize me.

Baby boomers need to save themselves