A 62-year-old man is evaluated during a routine examination. Medical history is significant for a myocardial infarction 3 years ago, dyslipidemia, hypertension, tobacco use, and drinking two alcoholic drinks per day. Medications are an ACE inhibitor, a statin, a β-blocker, and aspirin. He participates in cardiac rehabilitation, exercising four to five times per week.

On physical examination, he is afebrile, blood pressure is 128/80 mm Hg, pulse rate is 83/min, and respiration rate is 18/min. BMI is 31 kg/m2. The patient has an obese abdomen.

Which of the following interventions offers the greatest cardiac risk reduction in this patient?

The correct answer is E: Smoking cessation. This item is available to MKSAP 16 subscribers as item 5 in the Cardiology section.

Smoking cessation may have a greater effect on reducing mortality among patients with coronary artery disease (CAD) than any other intervention or treatment. One half of all smokers will die prematurely from consequences of tobacco abuse, and it is a principal contributor to the development of CAD, sudden cardiac death, acute myocardial infarction (MI), and heart failure.

A meta-analysis of 12 cohort studies of the effect of smoking cessation after myocardial infarction found the combined odds ratio for death in patients who quit was 0.54 compared with patients who continued, equivalent to a number needed to treat of 13. Similar mortality rate benefits have been observed in persons who quit smoking after coronary artery bypass surgery, following coronary angioplasty, and among patients with angiographically documented coronary stenosis. Another cohort study found that mortality among patients who quit smoking after MI approached that of nonsmokers within 3 years.

The benefits of cessation are seen early after cessation and have a significant effect on disease progression, hospital readmission, and mortality. Smokers should be educated to the fact that the relationship between MI and cigarette smoking is dose related and linear.

There is an eight-fold elevation in the odds ratio for persons who smoke more than 40 cigarettes per day.

The benefits of pharmacologic therapy have made it the prime means of successful smoking cessation. There are multiple forms available, including nicotine replacement, bupropion, and varenicline.

Persons with CAD without demonstrable ischemia are recommended by the American College of Cardiology and the American Heart Association (ACC/AHA) to exercise at least 3 times weekly for at least 20 minutes per session. This patient already meets that goal.

Although moderate alcohol consumption (approximately one to three drinks daily) is associated with a lower risk of CAD, excessive alcohol intake accounts for approximately 4% of cases of dilated cardiomyopathy. The level of ingestion has been estimated to be 8 to 21 drinks per day for at least 5 years before abnormalities in cardiac structure and function occur. Reducing this patient’s current level of alcohol consumption will not reduce his risk of CAD. 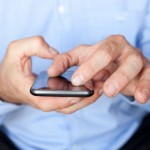 Does your medical office have a social media policy?