For an NFL fan arguably the best thing that could happen to your team is to sign Peyton Manning and have him perform at or near his pre-injury level.  The corollary is that one of the worst things to happen to your team would be to take a huge salary cap hit to get a Peyton Manning with such weak throwing arm that even with his experience and determination he is unable to excel or that he is re-injured and unable to play. The opportunity to get a Super Bowl champion, 4-time MVP, and future Hall of Fame quarterback who suddenly has become available to lead your team to a championship makes it easy to overlook the nature of spinal nerve injuries and cervical spine surgery. 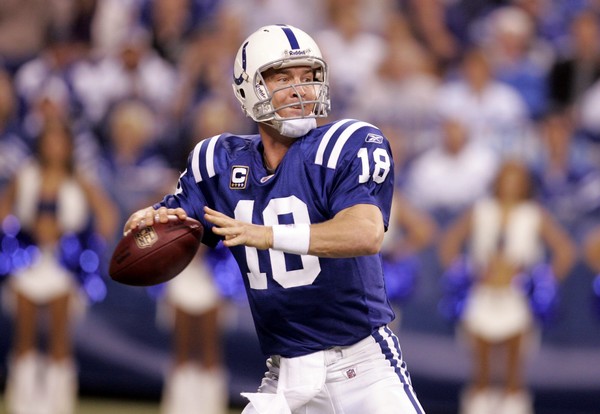 The excitement and media heyday surrounding Peyton Manning neck surgery and his recent free agency prompted me to post about the nature of weakness from spinal nerve injury, and what can be expected in terms of recovery of strength and function.  The real issues come down to two questions:

Let’s look at these one at a time.

How much of Manning’s arm weakness can he recover? The real key to how successful Mr. Manning is going to be in his comeback hinges on the degree of chronic nerve injury he has sustained.  Most of the time once a spinal nerve had been injured leading to muscle weakness, if the weakness persists for very long the damage is permanent.  It is not clear how long Manning had been having weakness prior to his single-level fusion procedure, but it is certainly concerning that he had undergone at least 2 prior microdiscectomy procedures and that with a player as valuable to his team and generally competitive as Manning it seems unlikely that he chose to stop playing and have surgery at the first sign of weakness.

So what is the chance of a full recovery of motor function, i.e. strength, for Manning and how is this likely to affect his effectiveness as at throwing a football?  I expect it to be more significant than may be widely appreciated. I cannot find it reported anywhere just which cervical level Manning had fused, so I don’t know which cervical nerve root is damaged.  The most common cervical levels for disc injury are the C5-6 and the C6-7 levels.  The cervical discs and nerves are labeled for the two vertebrae they are between.  There are 7 cervical vertebrae, so the C6 nerve root exits between the C5 and the C6 vertebrae, and the C7 nerve root exits between the C6 and the C7 vertebrae.  The anatomy is further complicated because the nerves to each muscle in the shoulder and arm get stimulation from several spinal nerve roots.  This is because the cervical nerves come together in a complicated conglomeration of nerves called the brachial plexus.  The nerve roots enter the plexus and fibers from several nerve roots joint to exit the plexus as peripheral nerves.  Each muscle gets stimulation from one of these peripheral nerves.  Key muscles in the throwing process include the triceps, the pectoralis major and minor, the latissimus dorsi, the deltoid, the biceps, the biceps radialis, and others.  Each of these muscles in innervated by a specific peripheral nerve, and most of these receive varying amounts of innervations from the C5, 6, 7 and 8 nerve roots.

Certainly Manning has had access to the best available therapy to try to regain muscle strength.  Still muscles just don’t work without nerve stimulation.  This is called trophy, or trophic stimulation.  Muscles that lose their innervations undergo atrophy (no trophy) and become smaller and lose their function (think of polio and spinal cord injury victims). No amount of exercise, therapy or effort can make a muscle without innervations work. So if Manning still has arm weakness six months after his fusion surgery it is likely he will be left with at least some degree of muscle weakness.  Six months post surgery he is not likely to get much more strength back.  Certainly therapy can help other muscles become stronger and assume some of the roll of the muscles that have lost strength, but for Manning to function at a level required of a top level NFL quarterback I predict he will need to be able to throw the a football at very close to his prior strength.

How vulnerable is Manning to recurrent of further injury? How serious are the concerns that Peyton Manning will be at risk of additional levels of disc injury due to already existing disc injuries and the additional stress on the disc levels adjacent to a fusion.  I expect that the fusion is going to hold up pretty well, and not itself be highly vulnerable to becoming unstable.  The issue is really whether he develops disc herniations at the levels above and below the fusion, and whether he develops narrowing of the spinal canal (spinal stenosis) related to scar tissue or exuberant bone growth in the area of the fusion or at adjacent disc levels. NFL quarterbacks are sacked an average of twice a game, an although Manning is very experienced and may be able to minimize the number or sacks and hits he receives, undoubtedly he will be hit and his neck will be put in harm’s way in the course of an NFL season.  I anticipate that these are going to be future issues for Manning, but that they are not likely to be the reason he is or is not successful in his short term comeback.

I anticipate that Peyton Manning’s success or lack of success at his comeback is going to hinge on how much arm strength he has remaining.  This will be apparent to fans by the time the season comes, and he really has had enough time to strengthen his muscles by now.  Teams expecting him to become a great deal stronger than he is right now are likely to be disappointed.

Doctors need to be better trained to deliver bad news

Planned Parenthood can't accept Medicaid in Texas: Why we should care

Will Peyton Manning ever fully recover from his spinal nerve injury?
5 comments