As someone whose livelihood is dependent upon successfully recruiting physicians to various practice opportunities, whenever possible I use the tool of a “signing bonus” and it may not be for the reason you think.

If you have found yourself in the role of recruiter for your practice, you should be open to use of this valuable tool within the physician recruiting process.

Now, I must say, that whenever this is brought up to a practice that has never used it before, the idea does not generally get overwhelming support initially. At times, in fact, it can go over like a lead balloon.

A cardiology client recently said the following to me – verbatim – when I brought up the prospect of offering a modest signing bonus to a candidate: “I don’t know, Bo… what are we doing here? Are we recruiting an interventionalist to our practice, or are we trying to sign some hot-shot rookie free agent in the NFL?”

Now, I am sure there is some commentary to be made here as to what the state of our society is in when we easily understand awarding a signing bonus to an athlete, but not to those who dictate the health and wellness of our citizenry, but that of course remains outside of the scope of this discussion.

They key I want to leave you with is that, this sentiment aside, it very well may be in your practice’s best interest to offer a signing bonus to ensure your newly recruited candidate actually commences work with your practice.

Most people think that the offer of a signing bonus is something recruiters like to append to job ads to create more candidate interest in the position. I’m sure this is the case for many recruiters, but not in my case. I almost never advertise the availability of a signing bonus (you get the wrong candidates that way), and I pretty much only use the signing bonus as a closing tool, but more importantly as an insurance policy against a newly recruited candidate reneging on their new contract.

Let me take you through a very crucial phase of the recruitment process, which is the transition between the point where the physician candidate signs your contract for employment and the period where they actually are in your office seeing patients. This period of time can often be one of the most stressful periods the physician recruit has ever experienced. Such is especially true as of late, with the housing market as unfavorable as it presently is. Your new physician recruit very well may have, in agreeing to take your job, by extension and without realizing it at the time, also have agreed to sell their present home at a loss.

What happens if a silver-tongued recruiter comes along and tells them of another opportunity they previously didn’t know about, which would allow them to remain in their present home?

Are they more likely to back out on your deal if they’ve committed in principle and with their signature only, or if they’ve actually already deposited a sizable check from you which they have already begun spending?

Let me be very clear on something that maybe you don’t know: People do not like to give money back. Physicians are in no way different in this regard and all of my experience with physician recruitment has shown this to be true.

Only once in several, several years of doing this have I seen a physician accept a signing bonus, only to return it later and that was under a very bizarre set of circumstances. It just does not happen, whereas I have seen many a time when a physician candidate has signed a contract only to back out later.

Here’s a tip: For a bonus that is large enough to justify doing so, have it paid out in predetermined intervals to keep your physician candidate engaged in the process and motivated to make the transition period I mention above as short as possible.

For instance, let us say we are dealing with a signing bonus of $25,000. Have it paid out as follows: $12,500 to be paid upon mutual execution of a contract for employment, $6250 payable once the physician has submitted all necessary paperwork for credentialing and licensure in your state (if applicable), and $6250 on the first day of work.

Now the usefulness of a signing bonus applies to all candidates, but I have found that it is particularly wise if you are recruiting a candidate coming right out of training for the following reasons: a) they are most likely to not be of the financial wherewith to be giving any money back, b) they are most often the most prone to be uncertain with respect to their employment decisions and therefore fickle in choosing to not honor their contract and c) they are literally besieged with recruiters trying to get them to look at “another opportunity” since they are the candidate pool most easily contacted and we, as recruiters, know that they haven’t really joined your practice until you have seen the whites of their eyes in your office space.

Now, if you have done your job well as a recruiter and found a very ideal candidate then this strategy of binding one with “golden handcuffs,” as we put it, is less necessary (though that’s not to say it’s not still advisable), but please don’t think that just because you like a person and you have a signature on your contract that the recruitment process is over.

Do like I say and consider incorporating a signing bonus so you don’t end up losing your candidate to someone like me. We know that these days a candidate’s word is just not worth the same as it used to be.

You may benefit from having a medical student care for you 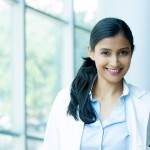 Cancer screening is plagued by dissonance